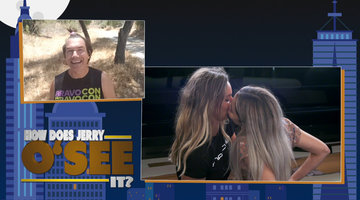 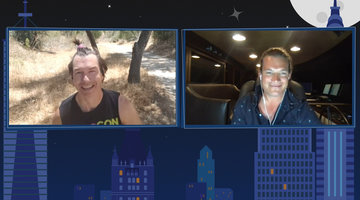 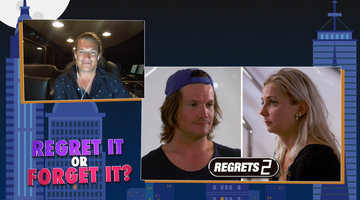 The Below Deck Sailing Yacht Season 2 reunion is on the horizon, and Captain Glenn Shephard is spilling all the details on what we can expect from the upcoming sit-down.

The Parsifal III boss surprised fans by joining Below Deck Sailing Yacht first mate Gary King for the June 7 Watch What Happens Live with Andy Cohen After Show (clip above). Speaking to Andy Cohen virtually while aboard the Parsifal III, Captain Glenn revealed what it was like filming the Season 2 reunion.

Below Deck Sailing Yacht fans are also going to enjoy the reunion, according to Andy, who previously previewed the sit-down during the May 18 episode of WWHL. "Wait 'til you see the reunion, by the way," he said during the episode. "We just taped it, and it is gangbusters."

You can get an exclusive first look at the Below Deck Sailing Yacht Season 2 reunion by checking out the crew's looks courtesy of Bravo Insider.

Captain Glenn also recently gave a sneak peek of what viewers can expect from the Below Deck Sailing Yacht Season 2 finale airing on Monday, June 14 at 9/8c. "It's got a very interesting ending. I can't go into too much detail. It's a bit unusual, but I think it ends on a real high note," he said during a recent virtual discussion with Captain Lee Rosbach and Captain Sandy Yawn on Bravo's YouTube channel. "Yeah, no, it's positive; it's not negative. But it's unusual. It's a bit strange. But it's good. It was a great way to cap off a very exciting and fun season."

Get your first look at the finale, below.

Captain Sandy Teases a "Different Season" of Below Deck Med