Sign Up for Free to View
Brianna, Baker, and Jen's Favorite Spots #BelowDeck 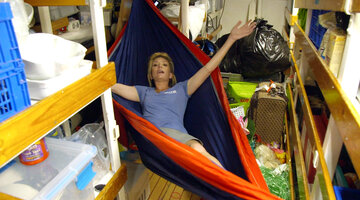 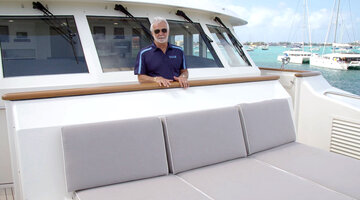 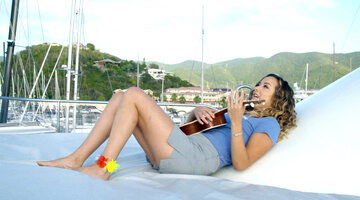 One of the Valor crew members is saying goodbye to the sea and hello to the skies. A Below Deck yachtie has a brand-new, high-flying career.

Season 5 deckhand Baker Manning recently revealed on Instagram that she has begun a new job as a cabin attendant on corporate jets. She said in the post that she feels it will be "an easy transition from #yachtlife for sure." However, it sounds like the gig is going to be just as demanding as working hard (and playing even harder) aboard the Valor, as we saw last season of Below Deck. "We’ll see how I feel after 8 days straight of #jetsetting though!" Baker admitted in the post on Instagram.

She also shared several photos of her new digs on Instagram. Swipe through to see them all in the below post.

My new #gig as a #cabinattendant on #corporate (AKA #badass) #jets... an easy transition from #yachtlife for sure. We’ll see how I feel after 8 days straight of #jetsetting though! Haha... #stayfly #yachtjobhandbook #belowdeck

It appears that this career move has been a long time coming for Baker. She shared on Instagram last September that she had originally planned on working full-time as a cabin attendant on a corporate jet many moons ago, but then she got the opportunity to be a part of the Valor crew in Season 5 of Below Deck and had to turn the job down. "Tough decision!" Baker wrote on Instagram. "I think I made the right #choice."

Baker has certainly kept busy since Season 5 of Below Deck, posting photos from all of her breathtaking travels on Instagram. "Right after the season ended I spent three months in Canggu, Bali maxin’, relaxin’, and spending all my hard earned money," she told Bravotv.com last December. "Now I'm getting ready to launch my new guide The Yacht Job Handbook [it has since officially launched], which helps jumpstart the careers of aspiring yacht crew by equipping them with the tools and resources to land their first job in the yachting industry."

#makinitrain and #ballin in #bali is easy with epic #rainbows like these adorning the #bluetiful #sky 🌈🤗 feeling the #love, #stoked !!!

Baker also told Bravotv.com that she still keeps in touch with pretty much all of the Valor crew on social media and has even hung out with Brianna Adekeye, E.J. Jansen, Nico Scholly, and Matt Burns since the season ended.

Relive Baker's time on the Valor, below.

Life is better as an Insider
Bravo Insider is your VIP pass to never-before-seen content, exclusive giveaways, and so much more!
Sign Up for Free
All Posts About
Baker Manning
Brianna Adekeye
EJ Jansen
Matt Burns
Nico Scholly
Below Deck
Related

Are EJ Jansen and Baker Manning In Love?

Which Below Deck Yachtie Is Related to Thomas Ravenel?