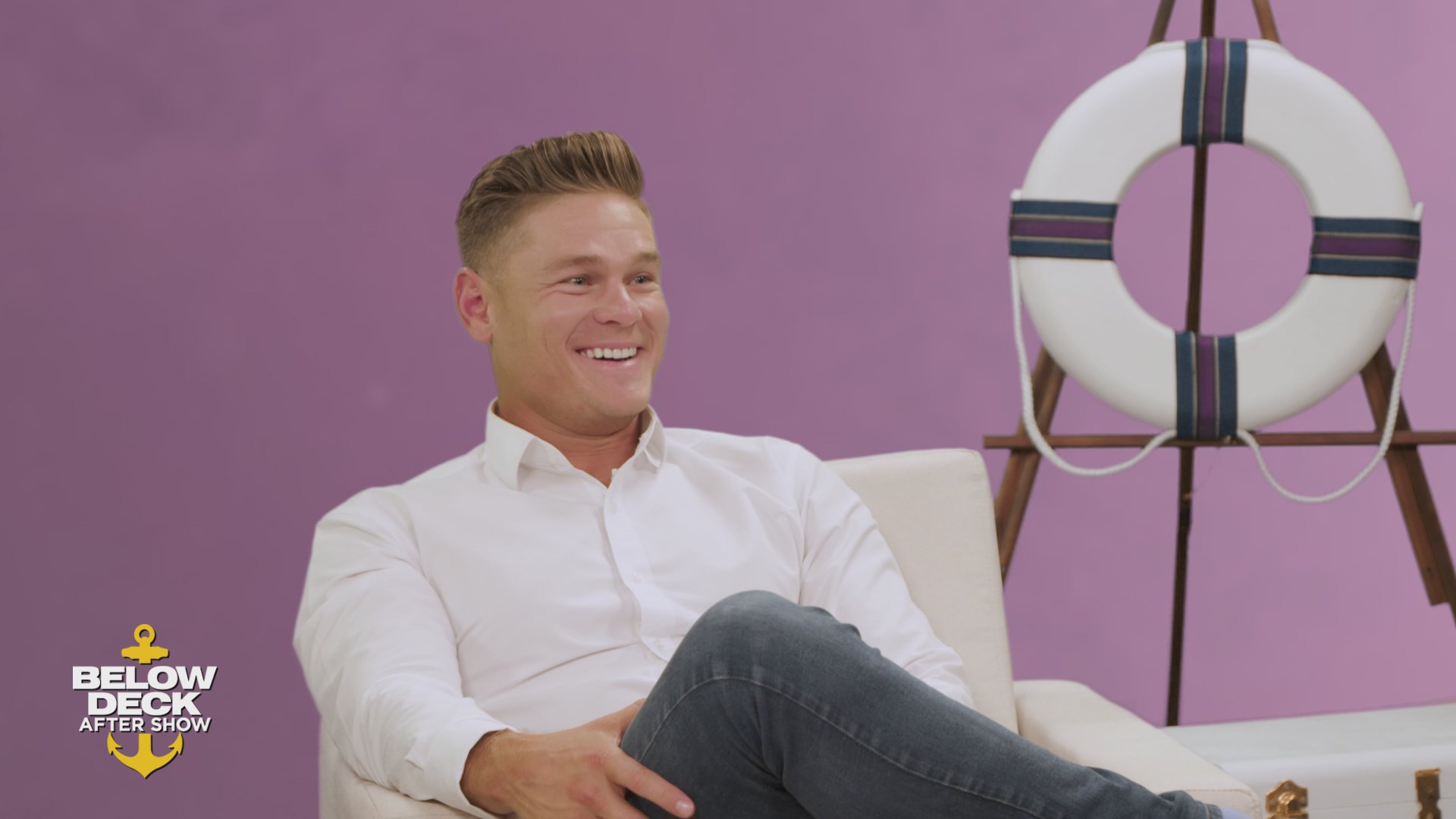 You never know who you're going to see climb aboard the Below Deck yacht. Why, Bravolebs of all kinds have taken part in a high seas adventure, including past, present, and future Housewives. But even so, we still weren't expecting to see a bit of Charleston in Thailand this season of Below Deck.

A group of Charlestonians chartered the Valor during the December 30 episode, and before you even ask, yes, they did have a major connection to Southern Charm. Kathryn Dennis' friend, Madison Simon, who is the director of marketing, a women's wear buyer, and a stylist for the Mount Pleasant, South Carolina department store Gwynn's, boarded the yacht, along with several of her fellow Charleston-based pals.

Madison Simon, who has appeared on Southern Charm, is a charter guest in Season 7 of Below Deck.

Madison actually caused a bit of a splash during her time aboard the Valor. Her preference sheet stated that she does not eat cheese, but when Chef Kevin Dobson served the guests pizza, she had to make a request to get some without the cheesy stuff. Kevin will tell you just how he felt about that during the Below Deck Season 7 After Show, above.

HBD to the birthday KWEEN! No one else on earth that I would rather play dress up with 👯‍♀️ I have a feeling this will be the best year yet, so let’s keep celebrating💃🏻 #kathrynsbirthdaymonth #inmygwynns

All glammed up and the @yes.carolina gala to go. 🖤 This was taken when living was easy, before the end of the night, when my dad and I went on stage to announce one of the winners and proved to be the two most awkward humans in the history of Charleston and possibly beyond. You had to be there.. @sethdavisg @hushupandhustle @gsmaynor am I right?? TG I wore my tux tho. (I’ll link my outfit in stories in case anyone cares 😑)

But Madison poked a little fun at her Below Deck appearance in her Instagram Story. "Hi, Miss Simon. How do you like your pizza?" her friend asked her in a video, to which Madison replied, "No cheese."

Following this charter season, Captain Lee Rosbach would go on to make a little Below Deck-Southern Charm crossover of his own when he caught up with the Charmers on land in Charleston in June. However, Patricia Altschul has long said she wants to charter the Below Deck yacht one day, and we are still holding out hope for that to happen.

It looks like Ashton Pienaar is going to get a little friendly with the charter guests in an all-new episode of Below Deck on Monday, January 6 at 9/8c. Watch a preview below, and catch up on the season through the Bravo app.

Preview
Is Ashton Pienaar in Love? 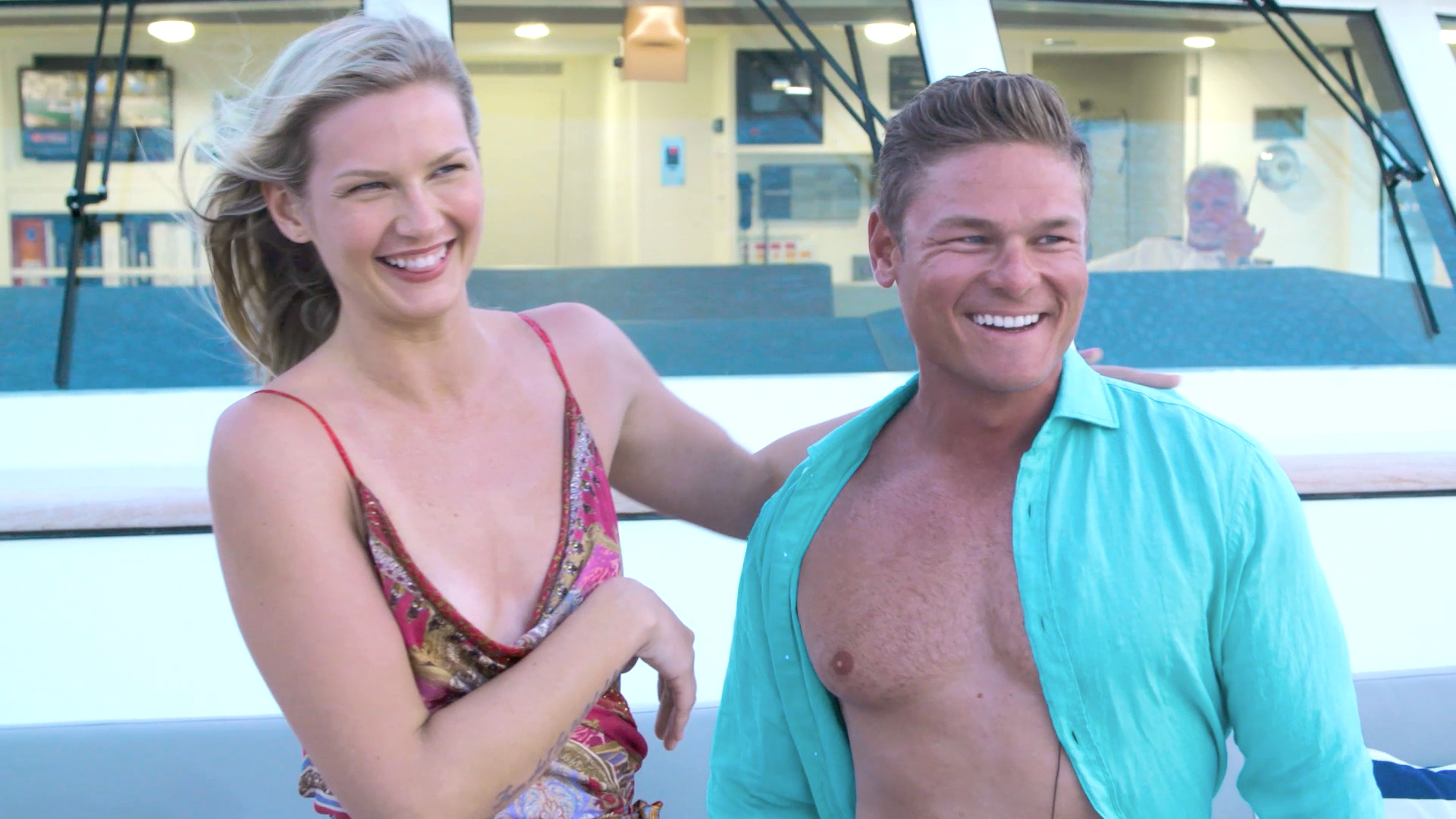 Could We See the Southern Charm Cast on Below Deck?

Patricia Altschul Wants to Charter the Below Deck Yacht