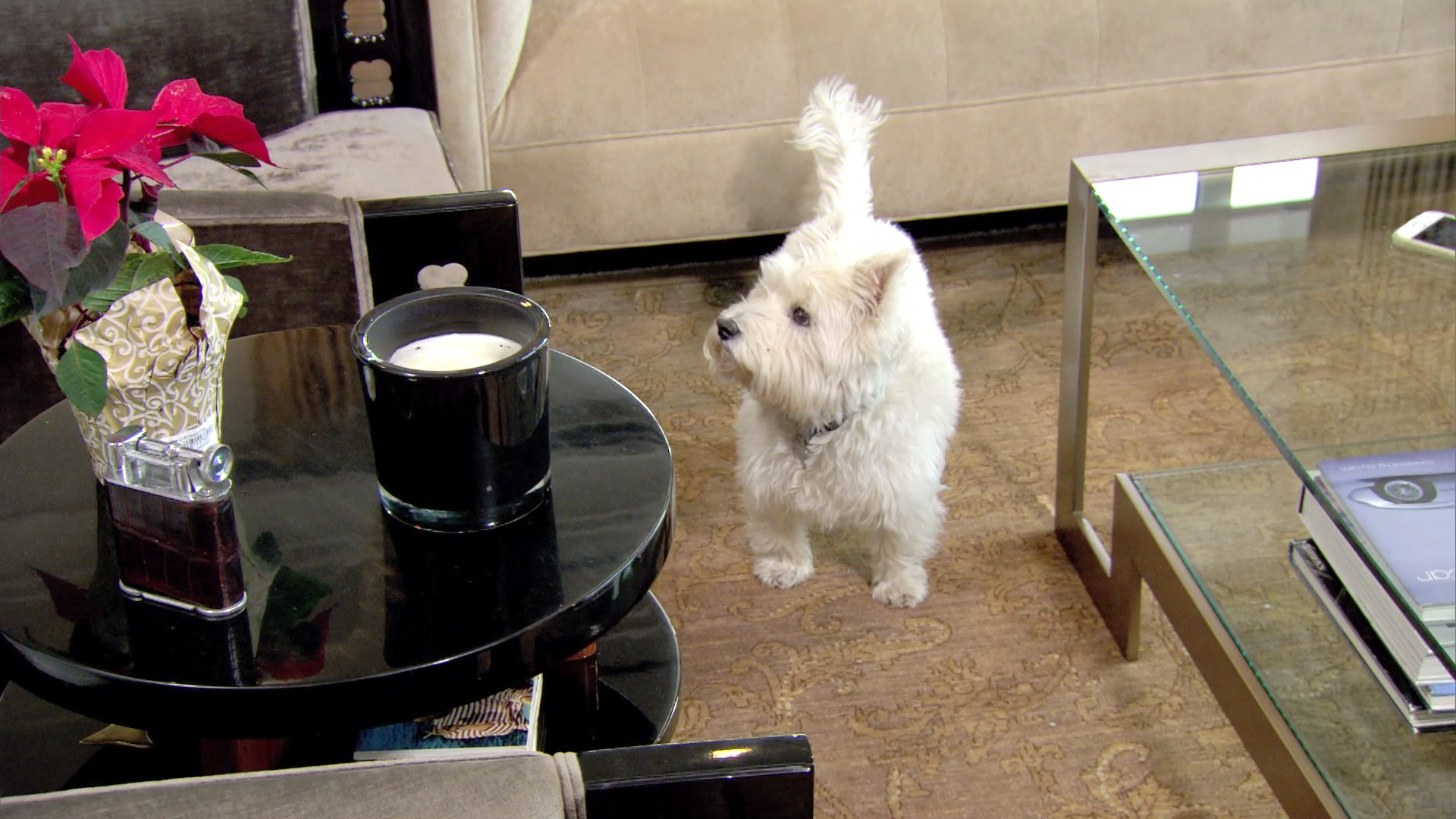 A lot has been happening on Season 9 of The Real Housewives of New York City. Luann D'Agostino is married again, Bethenny Frankel and Ramona Singer's friendship is dissolving, and Sonja Morgan is having a hard time deciding between Frenchie and Rocco. But RHONY fans have been a bit preoccupied with a smaller detail: Carole Radziwill's torn-up couch — made famous by her mother-in-law Lee Radziwill, who had it made in the late '60s (you can spot it at the :15 mark on the video above).

@CaroleRadziwill does ur torn up couch not bother u when they tape?

Of course fellow pet owners were sympathetic to Carole.

Well everyone can rest easy, because it seems Carole's couch is no more. She recently posted a photo to Instagram announcing a renovation and showing off a pretty bare apartment. And as one Bravo insider can attest on The Daily Dish Podcast, the couch no longer appears to be in the living room.

Carole also gave an update on the couch during her visit to Watch What Happens Live with Andy Cohen last month. “The couch is now out of my apartment and it’s being recovered, but not in that very famous tiger fabric," she explained, noting that her mother-in-law would have a strong reaction to its condition. “If she saw that she would be very upset."

You can listen to the full podcast episode now!

Check Out the Celebrity Friends of the Real Housewives

Housewives That Have Some Major Connections to Politics