Don't be tardy to Dancing With the Stars next week, because Kim Zolciak-Biermann will be back on the dance floor! Kim and partner Tony Dovolani survived another week after wowing the judges with a quickstep on Monday (September 21) followed by a foxtrot set to OneRepublic's "Come Home" on Tuesday night. Pro jockey Victor Espinoza and Karina Smirnoff were the second pair to be voted off this season.

Kim's latest dance earned an 18/30 and some high (albeit somewhat unusual) praise from the judges. "We all like the new Kim," Bruno Tonlioli said, adding that her improvement on the floor is like "when you reupholster a sofa." Um, OK.

After RHOA and DWTS alum NeNe Leakes stopped by Monday night, the pair got some more audience love from pal Leah Remini and her daughter, Sofia. After the show, Kim was in such great spirits she even encouraged viewers to vote for fellow competitor, teen Vine star Hayes Grier. (But we think you should vote for Kim.)

Simply adore them ❤️ so thankful for your support! Xxooo @leahremini and her gorgeous Sofia (who is the most well mannered little girl ever) 💃💃💃 @tonydovolani

You can always get more of your Kim fix when you watch Don't Be Tardy Sundays at Sun 10/9c. Check out a preview of the next episode below. 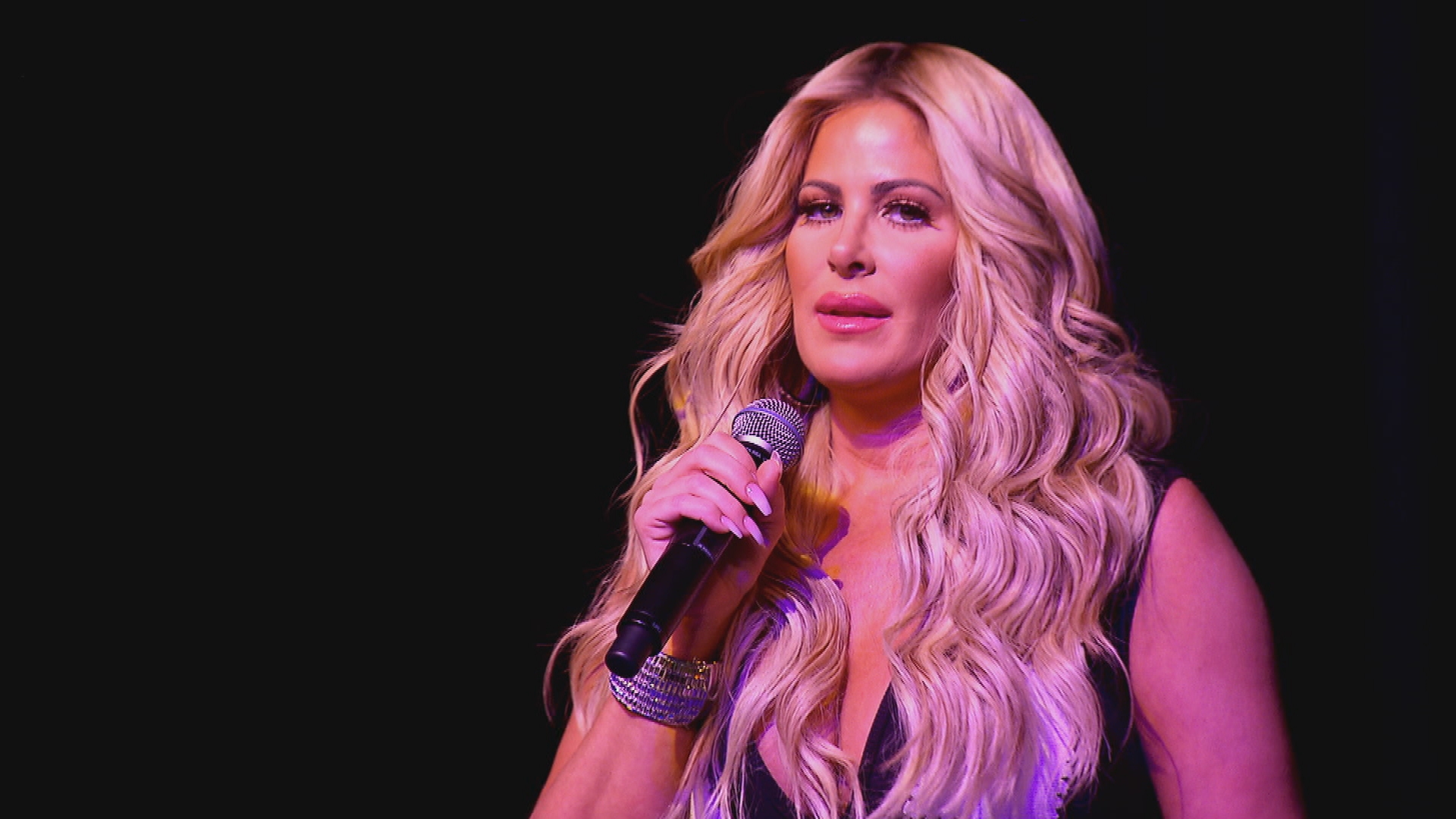