Sign Up for Free to View
After Show: Joe Gorga Isn’t Happy with Joe Giudice 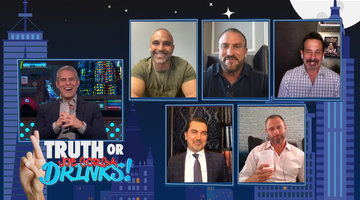 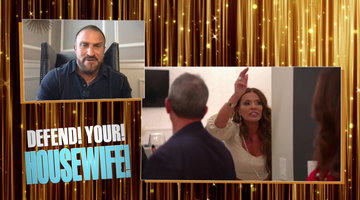 3:51
Show Highlight
Can The RHONJ Househusbands Defend Their Wives? 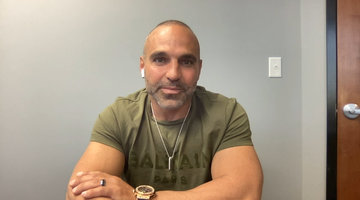 Dolores Catania is sharing her reaction after her ex-husband, Frank Catania, said he's her “soul mate” during a recent interview on Watch What Watch Happens Live with Andy Cohen.

Frank made the comment while offering his response on the psychic telling Dolores that her boyfriend David Principe is not her soul mate.  "Listen, I'm Dolores' soul mate," he told Andy Cohen in the May 5 episode. "Even though we're not romantically involved, I'm still her soul mate."

So what does Dolores have to say about Frank's statement? From the sounds of it, The Real Housewives of New Jersey cast member is on the same page as her ex.

“Safe to say I agree with him. You know a soulmate I don't think has to be an intimate relationship,” she recently told E! News. “A soulmate can be a dog, a soulmate can be a child or a best friend and Frank is definitely my soulmate in the fact that I've done past life things and it says me and Frank have been bonded for a long time together, so I could see that. I don't deny that. It's OK, you know?"

Frank Catania Says That He Is Dolores Catania's Soul Mate

Dolores previously commented on whether or not Frank is her soul mate during an appearance on WWHL in March. "I don't believe in all this soul mate stuff, but he is definitely a part of me that will always be there, and I do love him to death," she said. "I love him. I've spoken to him already four times today."

See what else Frank had to say about his relationship with Dolores in the video above.

Want more RHONJ? New episodes air every Wednesday at 9/8c or catch up on the Bravo app. Get a preview of what’s to come below:

Dolores Catania and Frank Catania Start Renovations on Her Home
Life is better as an Insider
Bravo Insider is your VIP pass to never-before-seen content, exclusive giveaways, and so much more!
Sign Up for Free
All Posts About
Dolores Catania
The Real Housewives of New Jersey
Frank Catania
Related

Dolores Reacts to Joe's Comments on Her Relationship

Dolores and Margaret Had a Double Date (with Frank, Too)