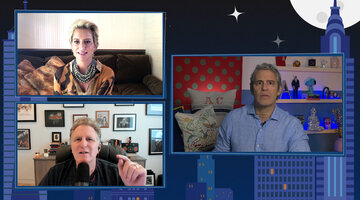 1:30
Show Highlight
Did Dorinda Medley Take it Too Far with Luann de Lesseps? 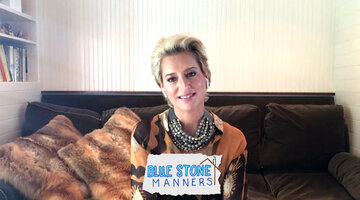 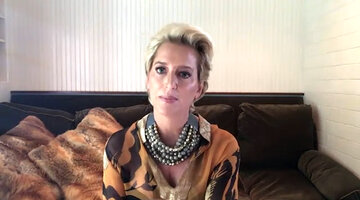 One person has bore witness to every weekend at Dorinda Medley's house in the Berkshires: her beloved housekeeper Len. As much as Len stays out of the drama, sometimes she finds herself unintentionally in the mix, like when Luann de Lesseps broke down her cabaret conflict with Sonja Morgan to Len in the kitchen during the July 16 episode of The Real Housewives of New York City.

However, it sounds like Len has remained unfazed by all of the madness that goes on around her when the RHONY ladies are at Blue Stone Manor. "Len is truly, like I'm telling you, she would be great for the CIA," Dorinda said of Len's reaction to all the RHONY Berkshires drama during her July 16 appearance on Watch What Happens Live with Andy Cohen: @ Home (clip above). "She never speaks of anything."

To illustrate just how tight-lipped Len is, Dorinda noted that even though she has known her for 17 years, she only recently found out where she lives.

Andy Cohen asked Dorinda to spill more secrets of Blue Stone Manor on WWHL: @ Home and remarked how the toilet clog was "something we have never seen on the Housewives." "And it's something that has never happened at Blue Stone Manor before," Dorinda said in response.

Relive all the shenanigans from this season's Berkshires trip, below.

Here’s Where Luann and Sonja Stand After the Cabaret Drama