Sign Up for Free to View
Why Can’t Dr. Contessa Metcalfe and Toya Bush-Harris Make Up? 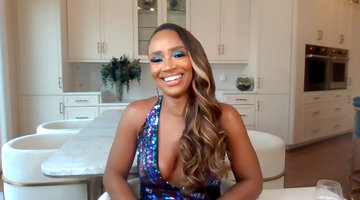 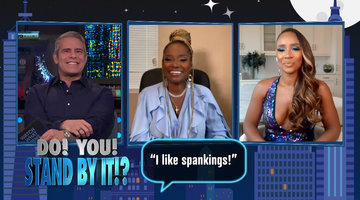 2:17
Show Highlight
Does Dr. Heavenly Kimes Stand by Her Statements? 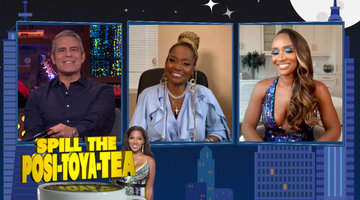 It seems like whenever Dr. Contessa Metcalfe and Toya Bush-Harris are under one roof, you can pretty much guarantee some drama is about to break out on Married to Medicine. The two have famously been at odds since Dr. Contessa joined the show in Season 5.

So, when Dr. Contessa appeared on Watch What Happens Live with Andy Cohen on March 28 (clip above), the titular host read one fan question that asked the doctor, "Why you and Toya can't just make up? She said things and so did you. If she's willing to get past you calling her husband 'a bitch,' why on earth can't you get past the argument?"

Dr. Contessa first corrected that last part of the question, which referenced a heated moment between her and Toya early on in Season 7 of Married to Medicine. "She first called my husband 'a bitch,' and my rebuke of that was, 'Well, your husband is the definition of a bitch,' right?" Dr. Contessa explained. "I think I said a little more, so that was that."

She went on to say that Toya "actually started" the argument in that instance. "And if you will watch all these things, she actually continues to start it," Dr. Contessa claimed.

Dr. Contessa Metcalfe and Toya Bush-Harris' Latest Meeting Ends With Someone Walking Out

Things will seem "fine" between these two Married to Medicine ladies for a while, but then Dr. Contessa said that she believes Toya will start the drama all over again. "I've seen her for an entire year, and it wasn't until she showed up at that event that she decided she had a problem again," Dr. Contessa said of her most recent conflict with Toya at Anila Sajja's Rakhi celebration in the March 21 episode of Married to Medicine. "So, she just can't maintain it. She just gets mad all over again, and nothing happens. So that's why I'm kind of over it."

Toya's attitude toward the doctor was especially confusing, considering the fact that, prior to Season 8 of Married to Medicine, they had had a nice time on the West Coast celebrating Dr. Britten Cole's birthday in Season 2 of Married to Medicine Los Angeles. "We went to L.A. together. I mean, who would take someone to my best friend's birthday party, remember?" Dr. Contessa said on WWHL. "But you're still mad? What are you mad about? Come on."

In response to all the chatter about her on WWHL from Dr. Contessa and her fellow guest, Dr. Heavenly Kimes, Toya simply tweeted, "Saymynamesaymyname #letitgo The truth will come out!"

Want more Married to Medicine? New episodes air every Sunday at 9/8c or catch up on the Bravo app.

Watch a preview below.

Is Anila Sajja's Dream Home Becoming a Nightmare?
Life is better as an Insider
Bravo Insider is your VIP pass to never-before-seen content, exclusive giveaways, and so much more!
Sign Up for Free
All Posts About
Anila Sajja
Britten Cole
Contessa Metcalfe
Heavenly Kimes
Toya Bush-Harris
Married to Medicine
Friendship
Related

Dr. Simone on Being Called the "Cheapest" on Married to Medicine

Dr. Contessa Weighs In on the Married to Medicine Husbands