These days Fredrik Eklund is kind of a big deal, as one of the most prominent real estate agents in the Big Apple (along with his Million Dollar Listing New York co-stars Ryan Serhant and Luis D. Ortiz). And he's as equally stylish and confident — we don't know many guys who could pull off high kicks quite like him — as he is successful. But, there was a time in his life when he didn't always feel that way.

On Thursday, Fredrik reflected on his adolescence in Sweden, specifically explaining how he was teased for his appearance by his peers. "When I was fourteen years old, the older guys in the schoolyard began making fun of me by saying I had 'girl eyes.' They would yell at me in their pubescent voices, 'Look at him! He has girly eyes!' I died inside. I became so scared to pass those boys in the hall that one day I went home and used my mom’s manicure scissors to cut off my eyelashes. My mom asked if I had burned myself, and I just nodded. I felt so ashamed I couldn’t even tell my mom why I did it," he wrote on Instagram. "I was trying to remedy a problem that I didn’t even have." He also shared a throwback photo that proves he definitely hasn't aged a day.

But, in the heartfelt post, taken from a passage from his book The Sell, Fredrik noted that a lot has changed since then. "But here’s how the world works. Last week, I was out with Jennifer Lopez, showing her $20 million penthouses. We were standing on a terrace overlooking all of downtown Manhattan. She turned to me, took one step closer, as the sun must have been hitting my eyes, and said, 'You have the bluest, most beautiful eyes. . . .' I thought of those boys back in Sweden and forgave them. My husband tells me that almost every day, but somehow I think J. Lo saying it makes a better ending to this story," he said, before sharing the lesson we can all take away from his story. "I’m telling you, we have to let it go. We don’t want to spend any energy replaying the tape of those past hurts, holding on to past mistakes, failures, and sadness. You’re safe now! You made it. We are on a penthouse terrace together. Let’s move on."

You can check out an all grown-up Fredrik every Thursday on MDLNY. Check out a preview of this week's episode (airing at 9/8c), below. 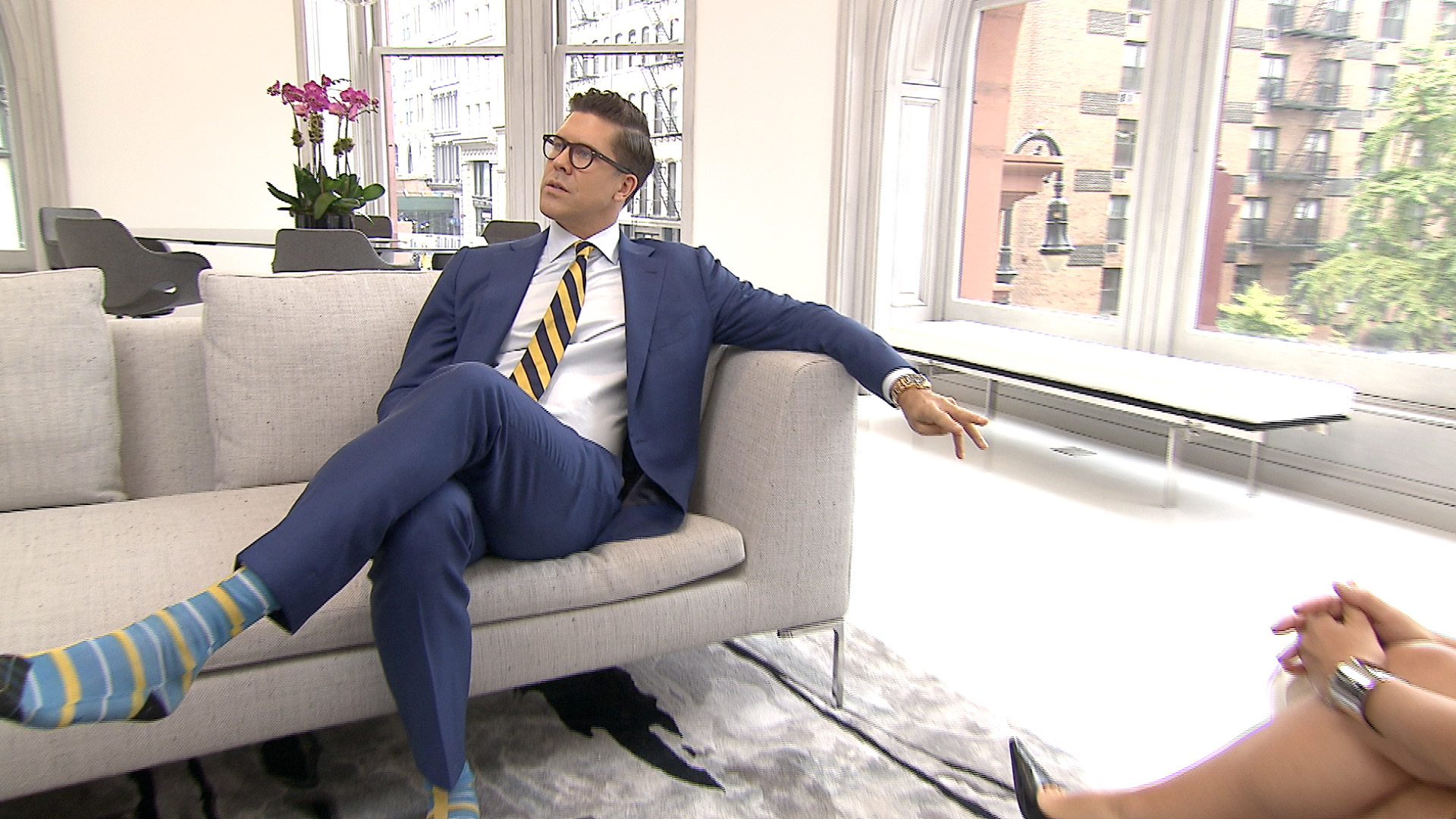