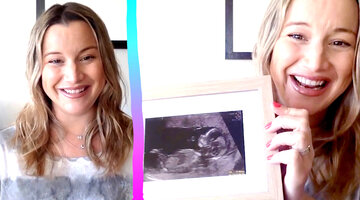 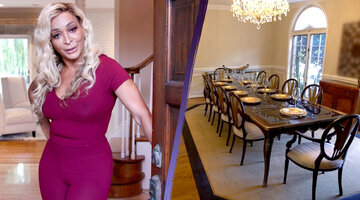 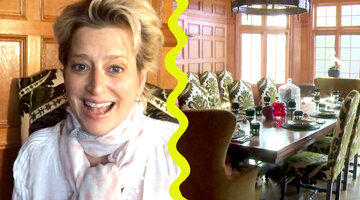 This month is major for Hannah Ferrier. Not only is the Below Deck Mediterranean chief stew expecting her first child this October, but she and her boyfriend, Josh, are also celebrating a huge milestone.

Hannah commemorated her second anniversary with her boyfriend in a post on Instagram on October 26. The post features a photo of Hannah fabulously showing off her baby bump in a floral blue caftan. A stunning shot of Hannah's home of Sydney, Australia fills the background.

Hannah gushed in the post, "2 year anniversary with my gorgeous man. Words can’t express how much I am looking forward to this next chapter."

2 year anniversary with my gorgeous man. Words can’t express how much I am looking forward to this next chapter 💗

She is, of course, referring to the arrival of her first child with Josh. The couple's baby girl is due to be born in late October.

Hannah and Josh, who is originally from Scotland and works in commercial real estate, first met when she returned home to Australia in between Seasons 4 and 5 of Below Deck Med. "We actually met in a bar in Sydney the day after I landed after filming Season 4," Hannah recalled during an appearance on Watch What Happens Live with Andy Cohen in June. "We kind of both flirted with each other, but I did let him know I just finished filming, so I was at 50 percent of my normal capability. So I'm surprised that alone didn't scare him off [laughs]."

Hannah has kept many of the details of her relationship private and has never posted a photo of her partner on social media. "He’s very private, he hates social media, so, that’s definitely something that I respect. It’s probably for the best. Like, I don’t think I could date someone that was fascinated with their Instagram and taking selfies and stuff," Hannah said in an interview first shared exclusively with Bravo Insider (clip above). "He’s just very low-key."

As for what's next for the Below Deck Med couple, Hannah said in June that she and Josh have "definitely" talked about marriage, but they are focused on welcoming their little one for now. "At the moment, the priority’s the baby, and I’m not extremely traditional like that. A lot of people are married and miserable and a lot of people are in a relationship and not married and very happy," Hannah explained. "So, that doesn’t really bother me when we get married."

"I think it’s just nice when you’re with someone and you’re secure enough that you know that’s where it’s going," Hannah added. "So you are quite comfortable with taking your time."

Hannah opens up more about what the future holds in the Below Deck Mediterranean Season 5 After Show, below.

The Below Deck Mediterranean Cast Reveal What They’re Looking Forward to the Most Post-Yachting
Life is better as an Insider
Bravo Insider is your VIP pass to never-before-seen content, exclusive giveaways, and so much more!
Sign Up for Free
All Posts About
Hannah Ferrier
Below Deck Mediterranean
Dating
Babies
Bravo Relationships
Related

Hannah Spills All the Details on Her Mystery Boyfriend

Hannah Ferrier Opens up About Her Supportive Boyfriend