Sign Up for Free to View
The Imposters Emmy Event, Part 1 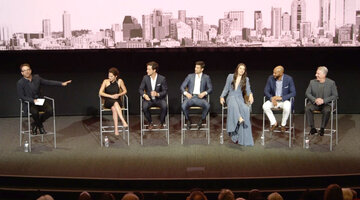 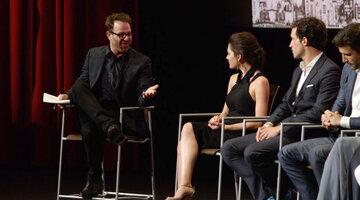 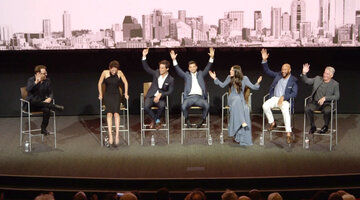 Season 2 of Imposters is quickly approaching, and we say it can't come soon enough, thanks to this exciting casting news.

Abby Miller will play new recurring character Charlotte, "an avid collector who gets drawn into a con," according to Deadline. Fans will recognize her from The Sinner, Justified, Aquarius, and The Magicians.

Abby Miller will appear as avid collector Charlotte in Season 2 of Imposters.

Bruce Davison has also been announced as a guest star in the new season, Deadline reports. He will play retired con man Cy Roberts. Davison received an Oscar nomination and a Golden Globe for his supporting role in Longtime Companion in 1991. He was also nominated for a Primetime Emmy in 1998 for Outstanding Guest Actor in a Drama Series for his work in Touched by an Angel. Davison's film and TV credits also include memorable roles in Willard, the X-Men film franchise, and The Fosters.

This Imposters Season 2 Casting News Has Us Extremely Intrigued

Clearly, Imposters Season 2 is shaping up to be absolutely epic. But we know the wait for the Season 2 premiere is long. Luckily, the Imposters cast is here to help you get through it, below.

How to Deal with Imposters Withdrawal
Life is better as an Insider
Bravo Insider is your VIP pass to never-before-seen content, exclusive giveaways, and so much more!
Sign Up for Free
All Posts About
Marianne Rendón
Paul Adelstein
Imposters
Uma Thurman
Related

Uma Thurman Is Returning to Imposters for Season 2