Sign Up for Free to View
Your First Look at the New Season of Throw Back Bravo! 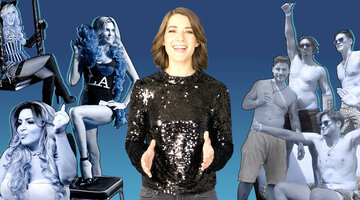 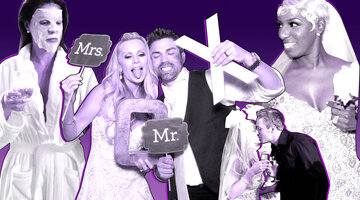 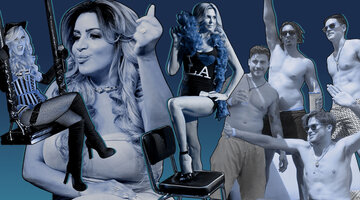 What happens to our Real Housewives once they've left a franchise? Each week, we're looking into the lives of past cast members after their exits. This week, former Real Housewives of Orange County star Kimberly Bryant.

As one of the original cast members on the debut season of the very first incarnation of the Real Housewives franchise, Kimberly Bryant was more than a stay-at-home mom: She was a Bravolebrity pioneer.

The blonde mother-of-two's storylines in those early days watched her raise awareness for skin cancer—she was first diagnosed with melanoma at 27 and endured another scare while on RHOC—and go under the knife to get breast implants, going from an A cup to a D. "I felt solid in my appearance, but I did it for my husband," she admitted to WebMD. "He got a vasectomy for me, so we traded surgeries."

Kimberly, her husband Scott, and their two kids then moved to Scott's native Midwest after Season 1 in 2006 in part to get away from the glaring rays of the Southern California sun after her son was diagnosed with a benign but pre-cancerous mole.

By all accounts, Kimberly—who made brief appearances on Seasons 3 and 4”is still a happy homemaker living in the Chicago suburb of Lake Bluff, Ill., where she loves to watch football and read books.

But she's still a big fan of the show—and still gets recognized. "Especially when I'm with my family," she told her local newspaper, the Daily Herald. "We're all surprised by how much we've lost our anonymity." Her daughter went off to college in 2010, and her son is now in high school.

Kimberly, who in recent years has lent her fame to Chicago-area charity events—she helped sell out a local 1,300-seat fashion-show fundraiser for St. Jude's Children's Research Hospital when she served as the event's honorary chairperson—marvels at how much RHOC has changed over the years.

"The show has morphed into this huge phenomenon that's much more dramatic, with a lot of backbiting and nastiness," she told the Daily Herald. "When I was on it, we sort of made it up as we went along. It was part documentary and part soap opera, but it was all tongue-in-cheek.

What do you remember about Kimberly's first season? Let us know in the comments!

A Guide to Every RHOC Housewife

Life is better as an Insider
Bravo Insider is your VIP pass to never-before-seen content, exclusive giveaways, and so much more!
Sign Up for Free
All Posts About
Kimberly Bryant
The Real Housewives of Orange County
Life After Bravo
Related Show