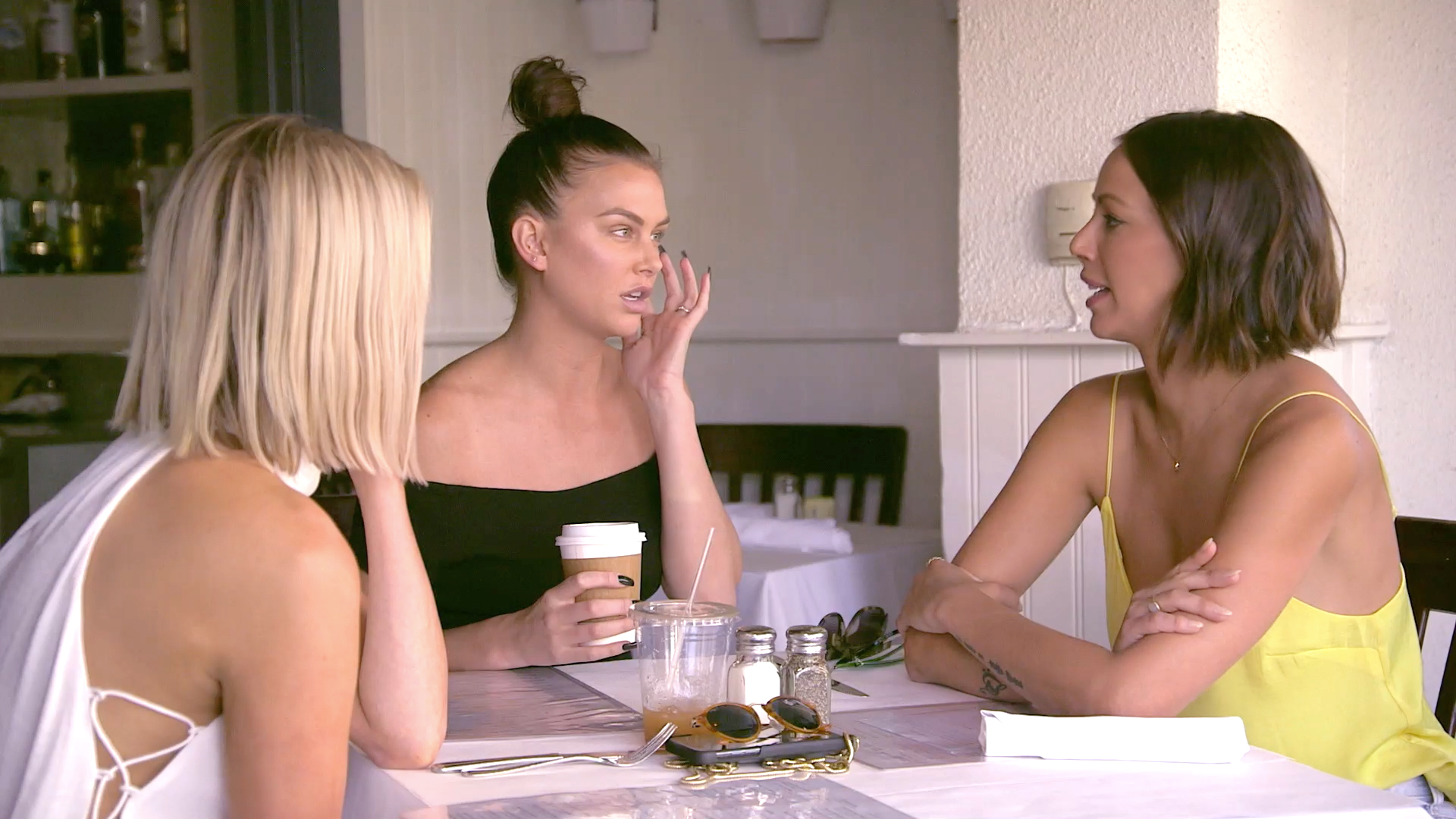 Lala Kent has always been an open book, especially when it comes to the more challenging moments in her life. The SURver has been particularly candid and raw this season of Vanderpump Rules, sharing with fans her decision to stop drinking, which she shared more about in the above clip.

Lala recently opened up about her decision to seek help with her sobriety during an interview with Page Six. “The second I admitted to myself I’m an alcoholic was like the moment that I just felt so free,” she shared at the Vanderpump Cocktail Garden opening party in Las Vegas on March 30. “And I’ve never been happier. I still have my struggles, but the difference is I see the light at the end of the tunnel every single day. If I have a bad day I know it’s gonna be okay tomorrow. So I wake up with the same goal every day — don’t have a drink.”

The SUR hostess went on to explain how attending Alcoholics Anonymous meetings has been the biggest help on her journey to staying sober. "I swear by the program of AA,” she told Page Six. “I know that old-timers will hate me for talking about the program because of it being an anonymous program. But there is a generation, my generation, that’s struggling and they need to know about this program. It exists and it’s saving my life.”

Lala told Page Six that she had started drinking more heavily following the passing of her father in April 2018. That's why she decided to stop drinking altogether throughout this season of Vanderpump Rules until the crew went on vacation to Mexico. We'll see more of that trip in an all-new episode Monday at 9/8c.

Lala's now-fiancé Randall Emmett agreed to support her and stop drinking as well during the season. However, when Lala came home from the girls' trip to the wineries in Solvang, California and saw that Randall had been drinking, it almost ended their relationship. "Would I have reacted the way I did if I wasn't coping with my dad's death? Probably not. But I just felt so heavy about everything that seeing him party when we had made that pact was like the ultimate betrayal. I had a mega-breakdown," Lala explained during the Vanderpump Rules Season 7 After Show, which you can view, below. "Once I came to like a normal state of mind and regrouped and gathered my thoughts and had a very lengthy conversation with my beautiful mother, it was like, you can't ruin a relationship over something like this, you know? This is something you'll very much regret. I was angry in that moment, but I don't think that would have been the case if I wouldn't have been so emotionally f--ked up." 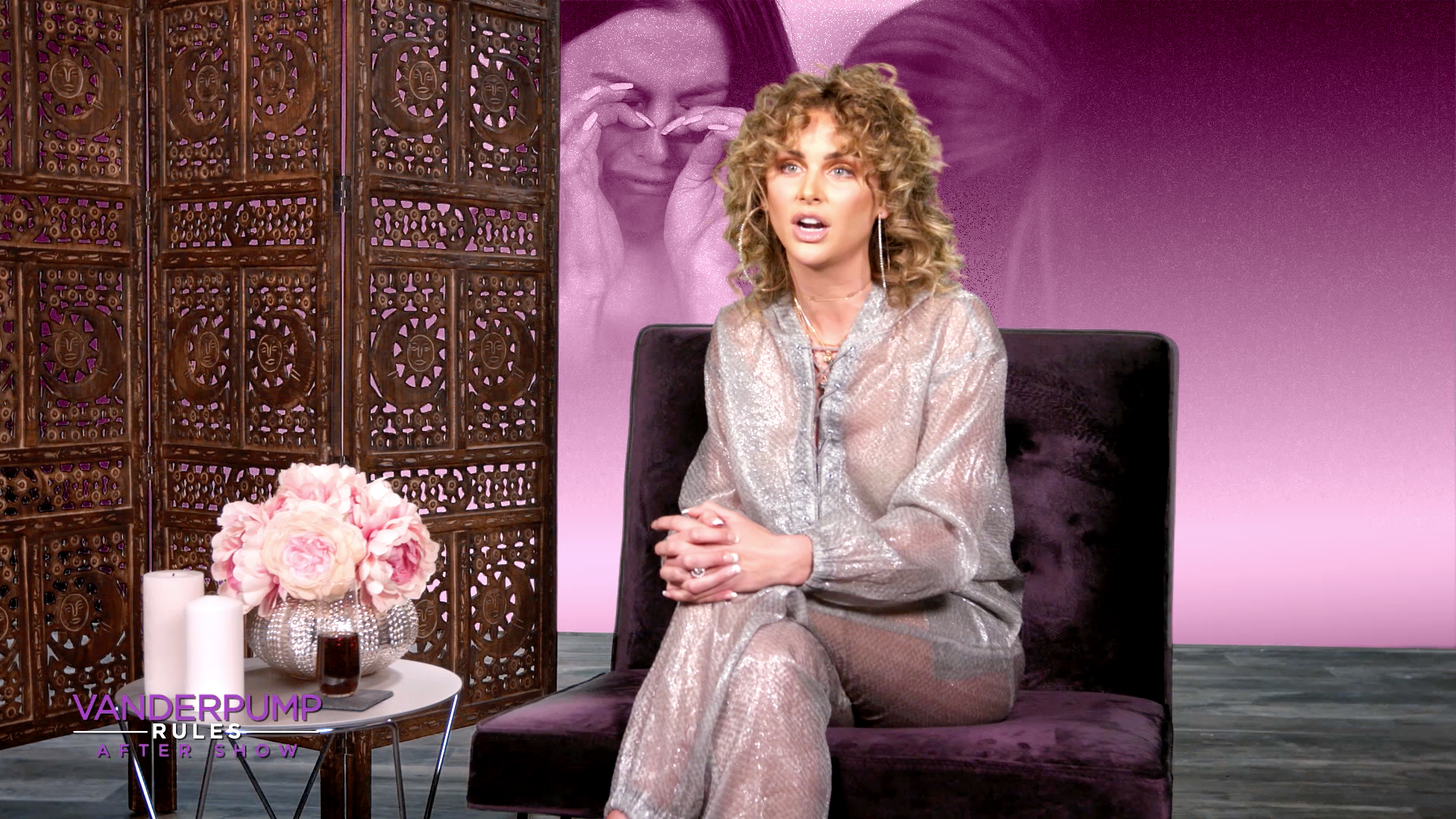 Lala explained how vital Randall's support has been to her during her recovery in an interview with Cosmopolitan in December. "My fiancé always says I have this sixth sense where I know when things have gotten to a point where they need to change, so I can’t really pinpoint one incident," she said. "When I really came to the conclusion that I am in that zone of having a problem, I just said enough’s enough. I picked up the phone, I called this sponsor that had been recommended to me. It’s the best decision of my whole life."

Brittany Is "Proud" of Lala For Her New Year's Toast