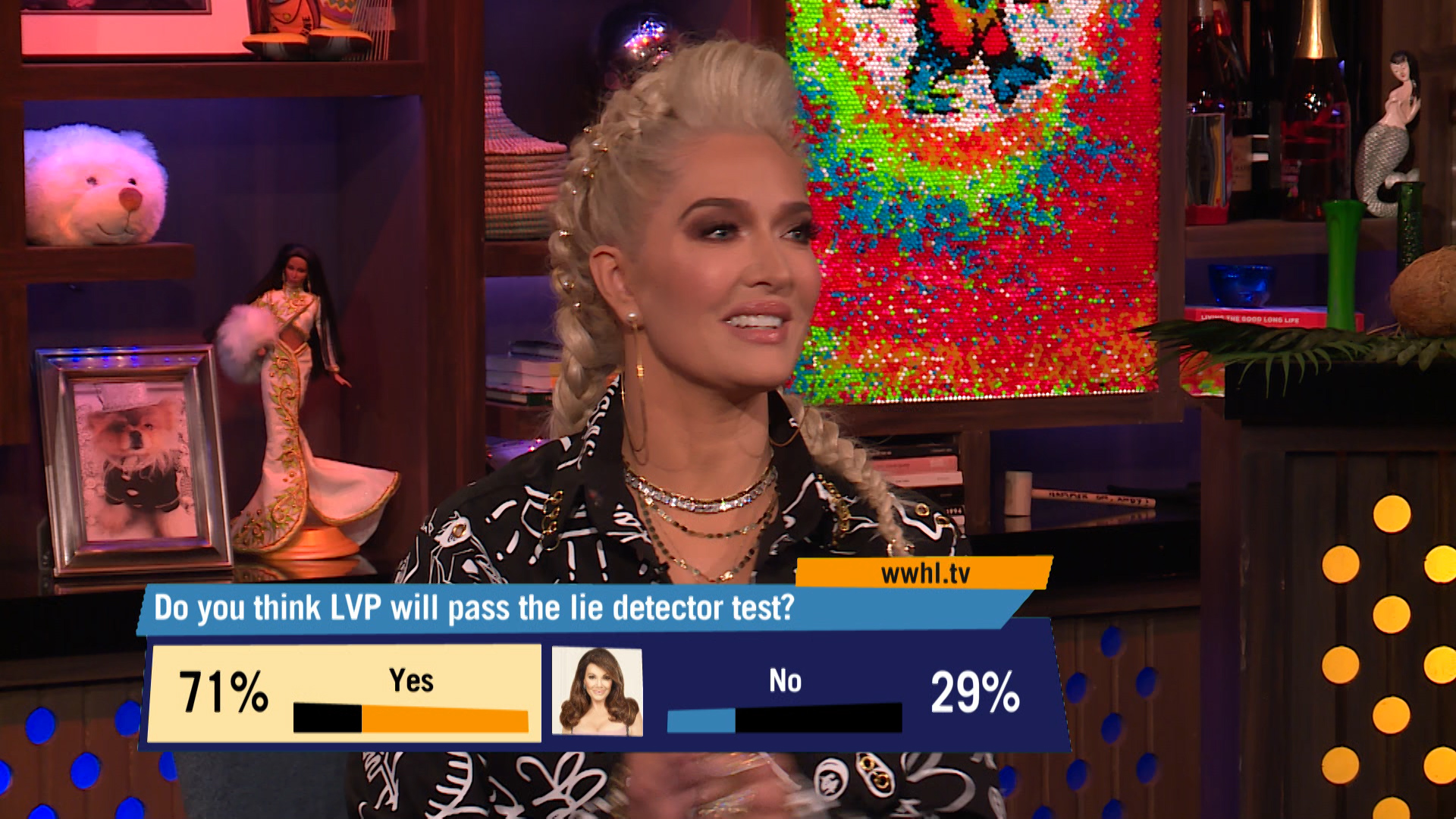 As if this season of The Real Housewives of Beverly Hills wasn't already filled with jaw-dropping moments, Tuesday night's episode ended with quite a shocker. Lisa Vanderpump decided to undergo a lie detector test seemingly in the hopes of proving that she did not leak the story about Dorit Kemsley to Radar Online.

"We're going to be reading microscopic changes to sweat and blood as you answer yes or no questions. This is going to be scored as if it was a serious criminal test using federal guidelines," the administrator said in the episode. "If she's lying, I'm gonna catch it in a second."

The Vanderpump Dog Foundation's Executive Director John Sessa and Lisa's beloved pup Harrison, aka Puffy, accompanied her to the lie detector test. "Now I'm scared. My stomach is turning over," Lisa said during the episode. "What have you gotten me into?"

The episode ended before we could hear the results. However, some of her fellow Beverly Hills Housewives have already voiced their opinions on Lisa taking this measure.

Kyle Richards tweeted on Tuesday night, "Are you kidding me? NOOOOOO. Who goes to these lengths?"

Erika Girardi said that she felt the same way as Kyle about the lie detector test during her appearance on Watch What Happens Live with Andy Cohen Tuesday night, which you can see, above. "Who does that?" she said.

Andy Cohen then noted that the lie detector test could be a way for Lisa to prove her innocence. "That's not the way to do it," Erika said.

RHOBH alum Joyce Giraud came to Lisa's defense on Instagram. "My beautiful @lisavanderpump. After tonight’s episode... I want you to know that I love you and support you babe," she shared. "PS... you DON'T need to do a lie detector EVER! Because I know you and the people that know you... will never doubt your integrity xoxo."

My beautiful @lisavanderpump After tonight’s episode... I want you to know that I love you and support you babe💕💗ps... you DONT need to do a lie detector EVER! Because I know you and the people that know you... will never doubt your integrity 💗xoxo 💗

Lisa showed her gratitude to Joyce for her kind words. "Love you, thank you for being a real friend," she gushed on Twitter.

Check out a sneak peek of an all-new episode of RHOBH coming up on Tuesday at 9/8c, below.

Preview
Next on RHOBH: It's Camille Grammer's Wedding Day! 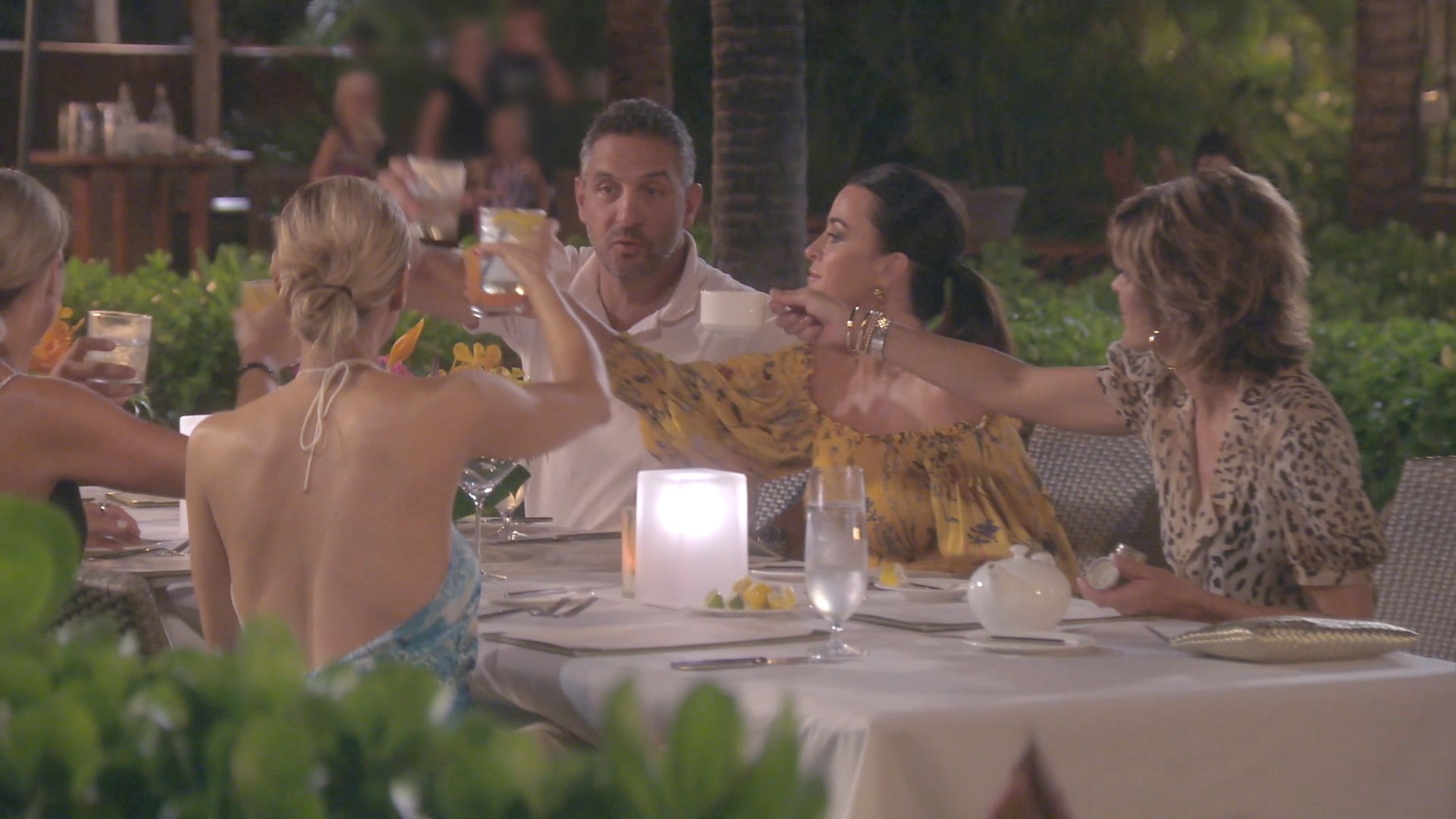