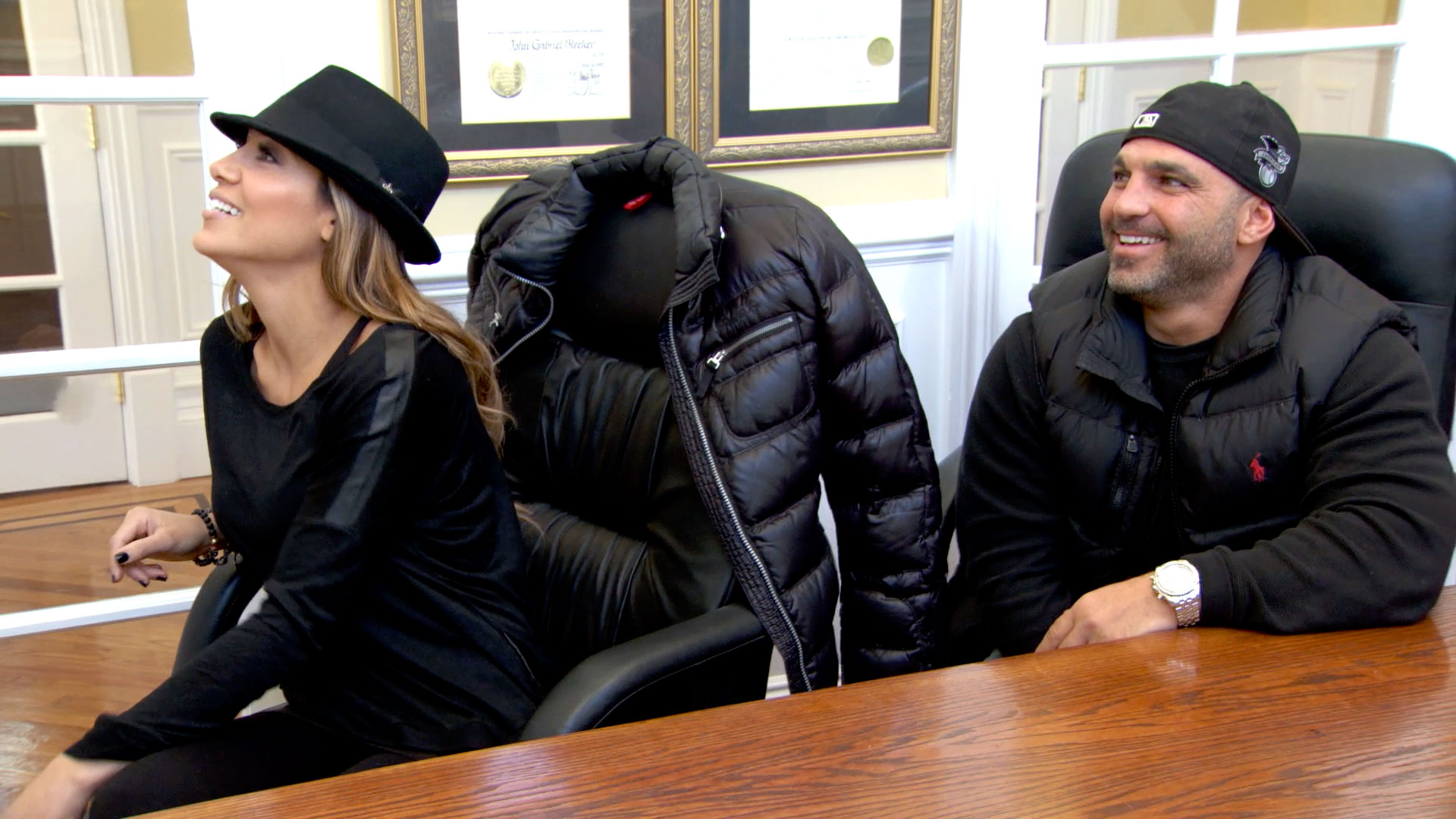 Joe Gorga has supported wife Melissa Gorga through all of her career endeavors, whether it was putting herself "on display" as a singer or writing a book about their relationship. So it's no surprise that Joe would be right by Melissa's side at the official opening of her Monclair, New Jersey fashion boutique Envy by Melissa Gorga Thursday. But the message he posted for Melissa on Instagram Friday is so sweet, you can't help but smile. "My pretty little entrepreneur," Joe wrote in the caption to a pic of himself and his wife at the store's opening. "Proud of her."

My pretty little entrepreneur. Proud of her

Isn't it nice to see the always-macho Joe get a little mushy?

Joe and Melissa actually worked together to get the shop up-and-running. "Joe built it out for me. He did such a great job building it out. I mean, we literally turned this place around in six weeks," Melissa told The Daily Dish in December. "I had a vision and my husband listened to me and we got it. You know what? I kept teasing him, 'Listen you're under contract. I need you to get to work and I need it to happen faster.' And he would just roll his eyes at me, and I'm like, 'No, I'm serious... you're being paid as a contractor, now move it!'"

Joe and Melissa were joined by several members of their real and Real Housewives of New Jersey family at the event Thursday. This included Joe's sister Teresa Giudice, who made her first public appearance since her release from prison last month at Melissa's store opening with her daughter Gia Giudice by her side. Jacqueline Laurita, Kathy Wakile, and her daughter Victoria Wakile also walked the red carpet at the event.

Joe and Melissa have always been an adorable couple, as you can see in these throwback pics, below.

Before They Were Housewives: Melissa

How Do Melissa & Joe Gorga Keep Their Marriage Strong?

5 hours ago
See All Posts
Watch Now
Life After Bravo