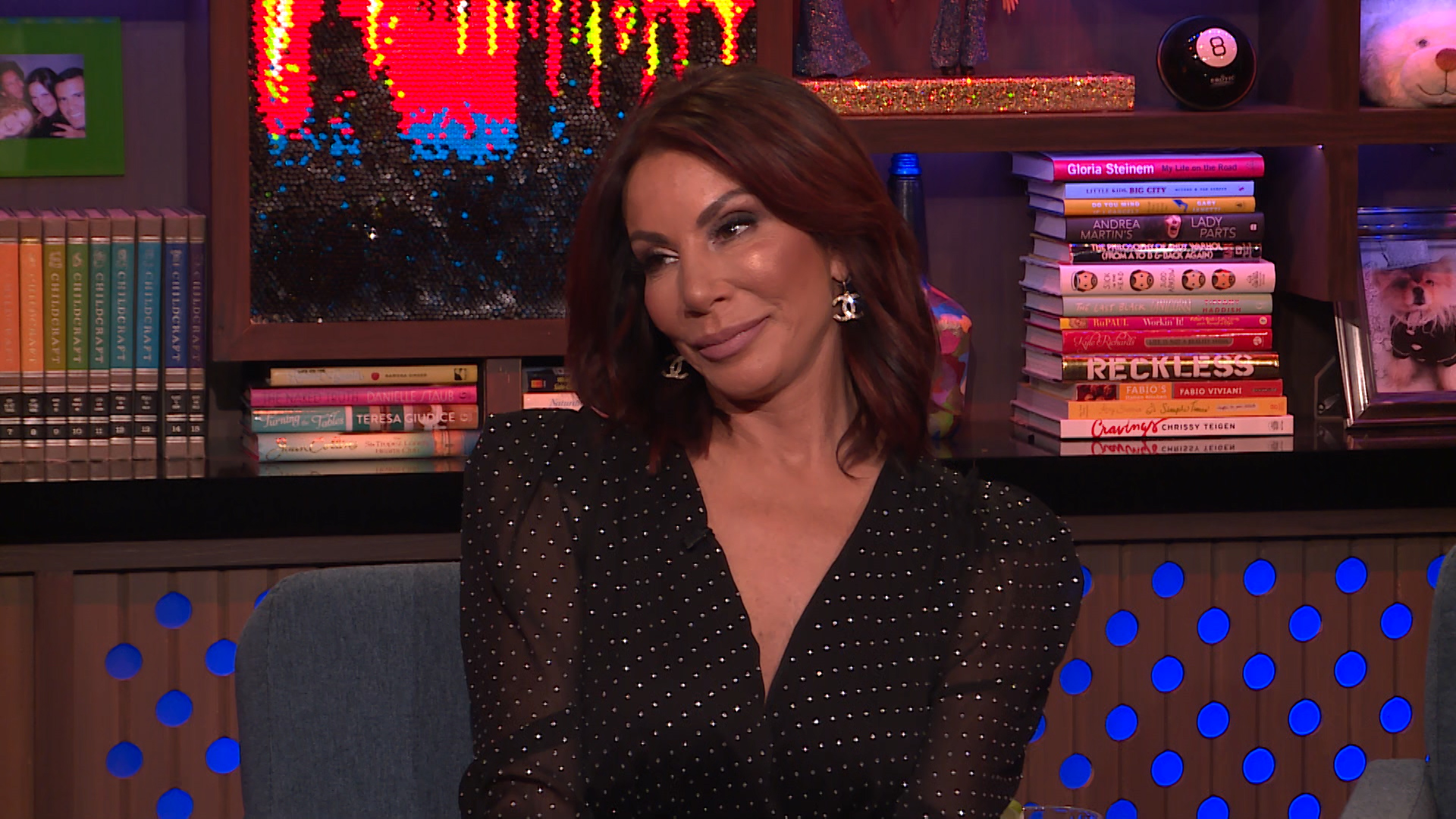 Danielle Staub confirmed earlier this month that she was ready to step away from The Real Housewives of New Jersey, breaking the news on Watch What Happens Live with Andy Cohen (clip above). So when Melissa Gorga was in the WWHL Clubhouse this week, she offered her take on Danielle's departure.

"I think it's time for Danielle to throw in the towel. I honestly do," she said on January 29. "She served her purpose. She's so big on the fact that shes an OG. It gets like, we know. I understand that [she doesn't feel like she's gotten the respect she thinks she deserves] — like, come on, she does it to herself."

Danielle has since threatened to expose Melissa's secrets on Instagram as a WWHL caller noted, which doesn't seem to have the Envy boutique owner too worried.

"Oh my god! She's been saying that for about 10 years, by the way. But it's always the same thing," Melissa said. "It's about the show and how we started and that she asked me to film with her. It's like we know already... and it was 2009."

Previously Melissa addressed chatter she's heard about Danielle on the RHONJ After Show back in Season 9. "I've heard things about Danielle and just like the way she would make people crazy or whatever, drama, through Dina [Manzo] and the Manzos and all these people... but I never chose to judge her because I always just saw her as someone who had a colorful past," she said, adding, "I started to look at her a little side-eyed."

You can check out Season 10 secrets from the RHONJ Season 10 After Show, below.

The Real Housewives of New Jersey Season 10 After Show

Does Teresa Have Insight Into Danielle Staub's Relationships?

All the RHONY 'Wives Are Doing Zoom Calls Together

Kyle Says Kim Had “a Difficult Day” in Self-Quarantine Recently

Have Melissa and Joe Gorga Spoken to Joe Giudice in Italy?