Sign Up for Free to View
Which ‘Top Chef’ All-Star Contestant Has to Most to Prove? 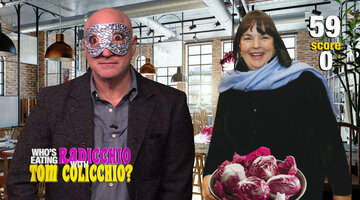 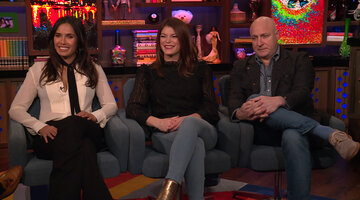 Now Playing
2:24
Show Highlight
Which ‘Top Chef’ All-Star Contestant Has to Most to Prove? 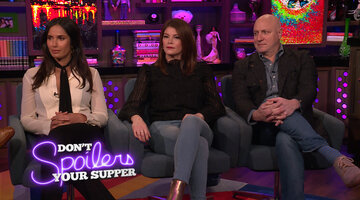 Bravo's Top Chef is just one milestone of many in the successful careers of those who appear on the show. After their time on Top Chef, the cheftestants throughout the culinary competition's 17 seasons have gone on to open their own restaurants, win James Beard Foundation Awards, write cookbooks, star in their own TV shows, and generally become some of the most influential culinary voices in America today.

But there is one cheftestant who might just reign supreme in terms of business out of the more than 200 people who have appeared on Top Chef over the years.

During their appearance in the March 19 episode of Watch What Happens Live with Andy Cohen, Padma Lakshmi, Gail Simmons, and Tom Colicchio dished on the Top Chef Season 17 All Star who had the "most to prove" in the new season (clip above). Gail said all of the cheftestants "had really strong reasons" for wanting to compete again, while Padma said that contestants like Bryan Voltaggio, Kevin Gillespie, Gregory Gourdet and others who "didn't win but came so close" were also really motivated to come back and show that they have what it takes to win the title.

Tom noted that for some cheftestants, no amount of success outside of the show can compare to achieving culinary supremacy on Top Chef. "What I thought interesting is Brian Malarkey seemed to have the biggest chip on his shoulder, but in a good way," Tom said. "Brian Malarkey has probably done better than any chef ever on the show in terms of business."

After appearing as a finalist in Season 3 of Top Chef, Brian went on to open the restaurants Searsucker and Herringbone, which expanded to 10 locations across the country and internationally and were later sold to the Hakkasan Group.

Where Are They Now: Top Chef's Brian Malarkey

However, Tom said on WWHL that Brian "has a chip on his shoulder because he wants to be known as a great chef, and so he came in kind of feeling like he had to prove himself."

Still, Padma said, "He's probably richer than all three of us."

See what the culinary competition is serving up next, below.

Top Chef Producer on How Season 17 Cast Came Together