NKOTB Reveal Which Member Has the Biggest "Package"

It was a night of “Hangin’ Tough” with Andy Cohen for the New Kids on the Block. The infamous boy band, who is enjoying a renaissance of popularity nowadays, took a seat at Watch What Happens Live with Andy last night, and the results were, well, more shocking than one might have assumed. Seeing as they’re heading out on the “Package” tour alongside 98 Degrees and Boyz II Men, Joey, Jordan, Danny, Donny and Jonathan were asked which member of the group is the premier air-humper. You see, NKOTB is fiercely famous for their thrusting hips. And from the sounds of the boys in the band, Joey McIntyre is the one with “The Right Stuff.” Watch out, Jon Hamm!
Show Highlight
The Best NKOTB Air Humper 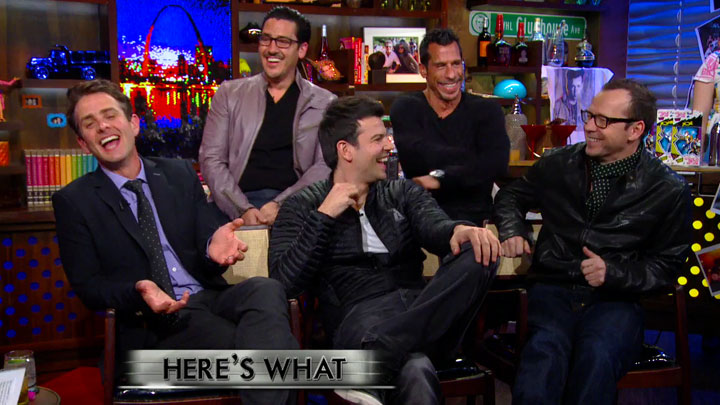 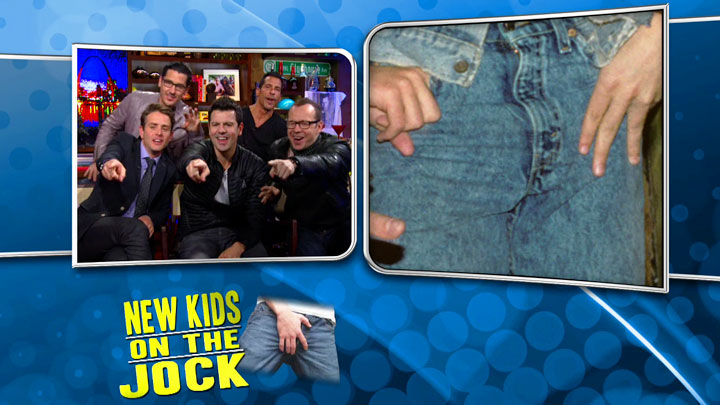 Donny had already sat in the hot seat for Plead the Fifth the last time he was at WWHL, so Danny got to spill this time. When asked who the most famous person he ever hooked up with was, Danny had no problem opening up about his former relationship with a prominent Oscar winner.
After Show: NKOTB's Famous Hookups 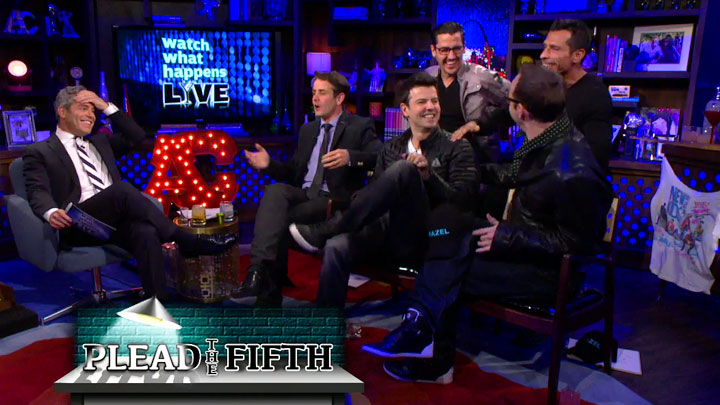 And of course the dapper Joey McIntyre also revealed who his biggest celeb crush was back in the day: a certain lady with “Blonde Ambition.”
Show Highlight
Joey McIntyre's Madonna Crush 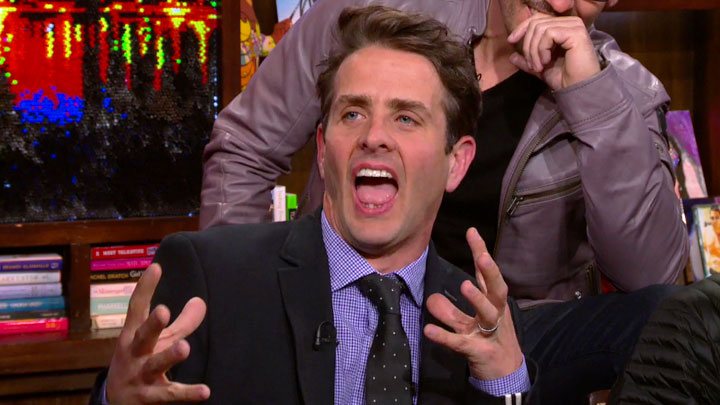 And last, the boys tackle some hard-hitting journalism with questions from callers, such as  “boxers or briefs?” (Joey doesn't wear any!) and what was their worst choice when it came to '80s fashions. Jordan says his personal fashion disaster was overalls with no shirt underneath.
After Show: NKOTB's Fashion Regrets 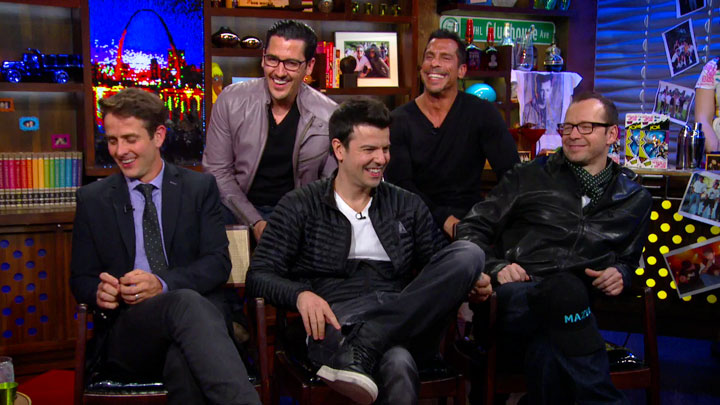 Well, we fell in love with the guys all over again (not that we ever stopped.)


Tell us: which New Kid is your favorite?!
All Posts About
Watch What Happens Live with Andy Cohen
Related Show