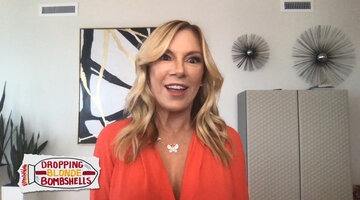 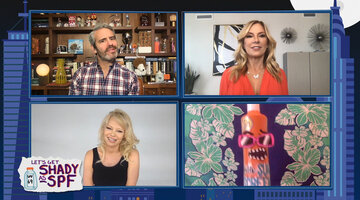 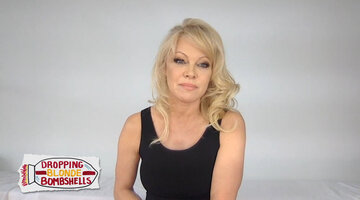 Ramona Singer and Dorinda Medley just couldn't seem to get along in the May 21 episode of The Real Housewives of New York City.

First up, what was supposed to be a relaxing day out at the Russian bathhouse for the ladies quickly turned into a tense time when Ramona and Dorinda had a heated moment over how they argue with others as they had a post-mortem on what happened with Tinsley Mortimer at the orchard in the May 14 episode. Then, things really got explosive between the two when Dorinda accused Ramona of having schadenfreude, taking joy in other people's misfortune.

As the argument intensified during a girls get-together at Ramona's apartment, Dorinda accused Ramona of not being supportive of her or her other friends. After the ladies exchanged jabs about the men in their life, Ramona suggested that Dorinda should just leave the party. But Ramona quickly had a change of heart and apologized to Dorinda in the hallway, inviting her back into her apartment to enjoy the night. Ramona and Dorinda hugged and expressed how much they value each other's friendship, promising to always have each other's backs.

Ramona reflected on all of her Dorinda drama during her appearance on Watch What Happens Live with Andy Cohen: @ Home on May 21, including that schadenfreude comment (clip above). "Anybody who knows me knows I'm the biggest supporter of women, and I help them through everything and anything," Ramona said. "So that right there is a lie, a big lie."

Ramona Says There's Something "Deep-Rooted" Behind Dorinda and Tinsley's Drama

Ramona later gave an example of just how much she lifts other women up. "I was the one who encouraged Dorinda to come on the show. I said, 'I have a great opportunity for you,'" she told Andy Cohen. "So if I wasn't supportive of women, why would I want to bring her on the show that I'm on?"

When Andy asked Ramona if she regretted kicking Dorinda out of her apartment, she said, "She came back in though."

However, Ramona does have regrets when it comes to Dorinda and Tinsley's conflict at the orchard. "I really wish now when it came back to when I saw that episode when she was really hating on Tinsley at the orchard, I should have said, 'Shut the duck up,' because, unfortunately, we're all afraid of Dorinda with her anger, and she's just out of control," Ramona said.

Dorinda previously explained during an interview with PEOPLE in April that she "had an emotional year," and she "was going through a lot of changes that were really taking a toll in my personal life." She also said that her “sort of no-bulls--t attitude” this season was a factor in igniting a lot of conflict with her fellow New York Housewives.

"I am sort of a person that takes in a lot and holds it in. And I think if I were to redo it, I would have expressed more about what I was going through to my castmates," Dorinda shared. "But I was vulnerable, and it definitely made me more reactive. I just I didn’t have any time for a fairy tale.”

Ramona Singer Is Monitoring Leah McSweeney's Drinking
Life is better as an Insider
Bravo Insider is your VIP pass to never-before-seen content, exclusive giveaways, and so much more!
Sign Up for Free
All Posts About
Andy Cohen
Dorinda Medley
Ramona Singer
Tinsley Mortimer
The Real Housewives of New York City
Friendship
Related

Does Leah Think Ramona Is Hazing Her This Season of RHONY?

Sonja Says Ramona Has Reached “a New Level” on RHONY