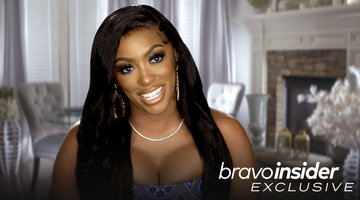 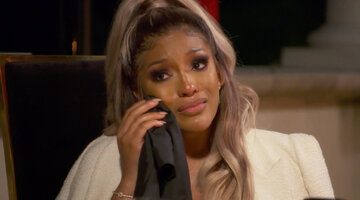 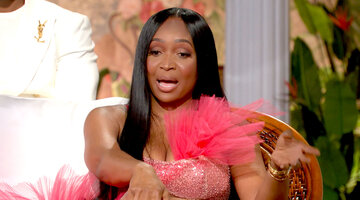 It was a family affair when Porsha Williams and Simon Guobadia tied the knot (twice!) over Thanksgiving weekend.

The pair, who became engaged in May 2021 after just a few weeks of dating — and who chronicled their romance on The Real Housewives of Atlanta: Porsha’s Family Matters — officially wed on Friday, November 25, in a Nigerian traditional native law and custom ceremony. The Nigerian businessman, 57, and Porsha, 41, kept the celebrations going with an American-style ceremony and reception the following day.

Both weddings took place in Atlanta, and the couple kept their loved ones close during the latter ceremony. The November 26 wedding kicked off with a ceremony in a Methodist church, and the couple exchanged vows in front of about 350 guests, according to People.

Porsha Williams Officially Marries Simon Guobadia: "The Best Is Yet to Come" (UPDATED)

Porsha’s brother, Hosea Williams III, walked her down the aisle to meet Simon (and the newlyweds had a “silent bet” going as to whether either of them would cry once they were at the altar). Her younger sister, Lauren Williams, and longtime bestie, Shamea Morton — who has appeared alongside Porsha on The Real Housewives of Atlanta over the years and who announced earlier in November that she is expecting her second child with her husband, Gerald, via a surrogate — served as maid of honor and matron of honor, respectively. The Pursuit of Porsha author included her daughter, Pilar Jhena “PJ” McKinley; Lauren’s daughter, Baleigh; and Simon’s children from his previous relationships in the nuptials as well.

While Simon and Porsha’s kids had some of the biggest roles at the wedding, a few other notable figures in attendance also caught fans’ attention.

According to People, RHOA’s Kandi Burruss and Drew Sidora were there, as were Kim Zolciak-Biermann, Monyetta Shaw, Cynthia Bailey, and Married to Medicine’s Quad Webb.

Now, newlyweds Porsha and Simon will unwind from the stresses of planning not one but two weddings with a warm-weather honeymoon.

Life is better as an Insider
Bravo Insider is your VIP pass to never-before-seen content, exclusive giveaways, and so much more!
Sign Up for Free
All Posts About
Porsha Williams
The Real Housewives of Atlanta
Lauren Williams
Pilar Jhena McKinley
Shamea Morton
Simon Guobadia
Related