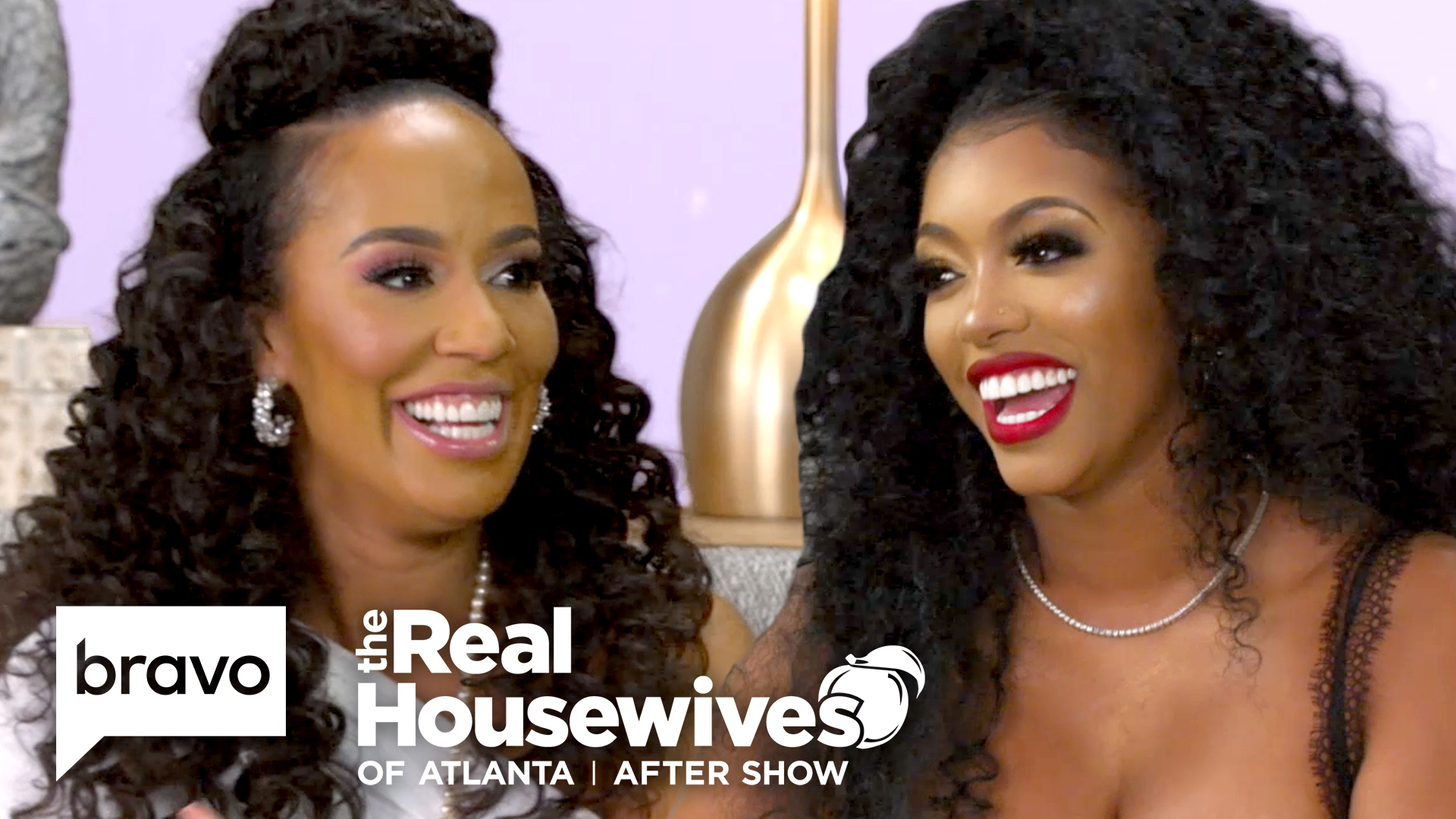 The Real Housewives of Atlanta Season 12 After Show is almost here, but are you ready for all the drama? The After Show — which will include a season's worth of tea, some fiery opinions, and more shade than you can imagine — is set to premiere on Sunday, February 9. Luckily, we have a sneak peek of what's to come — and it's a doozy.

One major topic for the ladies this season involved a woman named Shiana, better known as the "cookie lady." She told Kenya Moore and Cynthia Bailey that Tanya Sam's fiancée, Paul Judge, was allegedly "all over" her at a bar. This rumor created some conflict within the group, especially between Kenya and Tanya. So, when Tanya sat down with Porsha Williams to film the After Show, things got a little feisty (and pretty funny).

In the preview above, Tanya and Porsha get thrown into the cookie lady discussion and share their thoughts on the RHOA moment. However, there was one specific part of Shiana's conversation that shook these two Atlanta ladies the most.

"Oh, when she said his name," a disgusted Porsha says in the preview. Then, she does an impression of Shiana the cookie lady that you need to see to believe. Honestly, it's so spot on!

To see Porsha's impression in all its glory, check out the preview above — and don't forget to tune into the Real Housewives of Atlanta Season 12 After Show on Sunday, February 9.

The RHOA After Show Keeps the Drama Coming

Atlanta 'Wives Will Tell All in the Season 12 After Show