Sign Up for Free to View
Where Does Teddi Mellencamp Stand with Lisa Vanderpump? 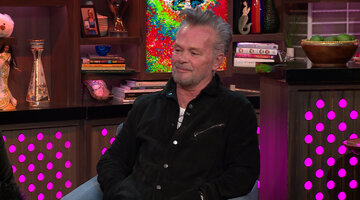 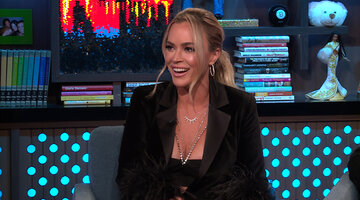 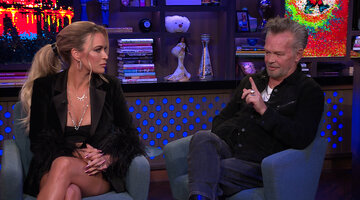 We officially have an update on the current relationship between The Real Housewives of Beverly Hills alums Teddi Mellencamp Arroyave and Lisa Vanderpump.

A fan inquired about the status during Teddi’s Watch What Happens Live with Andy Cohen appearance on November 27, asking if she and the Vanderpump Rules cast member had “made amends” after their Season 9 falling-out.

“I don’t necessarily say we made amends, [but] we made peace that we don’t need to talk about it anymore,” Teddi responded. “We moved past that discussion.”

The same fan wanted to hear Teddi’s thoughts on the likelihood of a reconciliation between Lisa and Kyle Richards. Teddi replied, “I feel like if they actually were together, they probably could. I think Kyle’s pretty easy to forgive in general.”

As RHOBH fans are aware, Teddi and Kyle have long been best friends. Just recently, Teddi shared how supportive the RHOBH cast member has been ever since Teddi discovered she has stage 2 melanoma.

In fact, it was Kyle herself who helped Teddi get the diagnosis. As she told Extra earlier this month, “In March, I was running with Kyle Richards, actually, and she was like, ‘Hey, one of your spots is, like, black. You need to go to the dermatologist and get it checked.’ We went in, and immediately, they biopsied it, and it came back melanoma.”

Teddi has since been extremely open about her health journey, most recently offering an update on WWHL. “I’m doing pretty good,” she told Andy Cohen. “I would say there’s highs and lows, and the biggest thing for me is being able to be vulnerable and talk about it with other people.”

Life is better as an Insider
Bravo Insider is your VIP pass to never-before-seen content, exclusive giveaways, and so much more!
Sign Up for Free
All Posts About
Kyle Richards
Lisa Vanderpump
Teddi Mellencamp Arroyave
The Real Housewives of Beverly Hills
Related
Style & Living