Sign Up for Free to View
Your First Look at The Real Housewives of Miami Season 5! 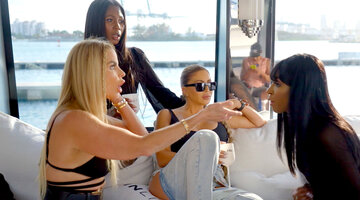 Now Playing
3:09
Preview
Your First Look at The Real Housewives of Miami Season 5! 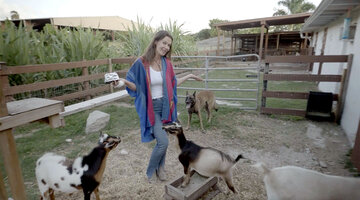 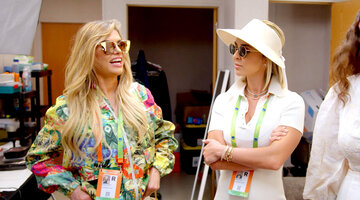 5:03
Preview
Start Watching the Season Premiere of The Real Housewives of Miami Now!

The Real Housewives of Miami’s Season 5 opens with Alexia Echevarria, we mean, Alexia Nepola, settling into life as a newlywed after eloping with Todd Nepola last December. As viewers will recall, Season 4 of the Peacock series took fans inside Alexia’s life at home with Todd and their kids as they dealt with trying to blend their families. It wasn’t always easy, as Alexia’s eldest son, Peter Rosello, and Todd were experiencing tension at the time.

When Alexia spoke with The Daily Dish ahead of the Season 5 premiere, she revealed where the two men stand today. She noted that while “we’re all kind of figuring [it] out,” her husband and her son have moved past their issues.

“There’s really no handbook that tells us what’s right or wrong or what we have to do. We are just kind of figuring it out along the way. But, you know, we all like each other and love each other and the kids always figure it out. It’s so much easier for them, right?” she said, referring not only to her two sons, Frankie and Peter, but also to Todd’s daughters, Sophia and Gabby. “It was good for them since the beginning. I think the parents sometimes make it a little bit more difficult and awkward, but thank God for us that we figured it out, and we’re all in a good place. And Peter and Todd are, like, best friends.”

That was evident during a recent family trip: “We just came from Atlanta, where we went to visit my brother, and we went to [Porsha Williams’] wedding, and you know, you see Peter and Todd [now], and you would never think that any of that happened.”

What It Was Like at Porsha’s and Teresa’s Weddings? Bravo's Most Epic Wedding Guest Explains

In fact, Alexia and Todd have learned a lot from each other in how they raise their kids. “I’ve learned a lot from Todd’s parenting skills. He’s a great father, and he has a different style than I had with my children, and you know what? It’s worked out really well for him. I actually learn from him every day, and I’m sure he learns from me too,” she said. “I think he’s learned to love from us, because we were, like, very loving, and we’re very touchy-touchy. We kind of complement each other. We both have different styles, and at the end, we’re just trying to figure everything out, and so far, so good.”

(You can hear more from Alexia about her life with Todd today in the clip at the top of the post.)

Alexia also shared what it’s been like to welcome Todd’s daughters into her life. Spoiler alert: She has nothing but love for Sophia and Gabby, and she enjoys having stepdaughters.

“I love it. They’re actually really good girls and they’re so easy,” she said. “Even though they say that girls are supposed to be difficult, they’re pretty easy. I’m not gonna lie. I always wanted to have girls... I’m always about the family, so, for me, the family’s never gonna be a problem. You know how some other marriages, it’s like you don’t like your mother-in-law [or] you don’t like [the] kids. But for me, I like everybody, and I like everybody together. I love my family. I love his family, and I like all of us to be together.”

And while Alexia, Todd, and their kids are all close, the newlyweds aren’t exactly calling each other’s exes to hang out. (Alexia’s first husband, with whom she shares her two sons, is present in his kids’ lives, she noted.) “We don’t. And we want to keep it that way,” she joked. “No, I’m kidding. It’s just like that.”

And with Alexia and Todd celebrating their first wedding anniversary this month, she opened up about how being married has changed them as a family unit.

“I like to say that the marriage is only really a piece of paper, because I feel like I’ve been married to Todd since we started this relationship in 2017 and we lived together,” she said. “But I feel like now we feel it’s more like a family thing. I feel like he’s taking more responsibility as a husband [and] as a stepfather.”

Check out what else is set to go down this season in a sneak peek at Season 5 of RHOM, below. New episodes drop every Thursday.

Start Watching the Season Premiere of The Real Housewives of Miami Now!

Life is better as an Insider
Bravo Insider is your VIP pass to never-before-seen content, exclusive giveaways, and so much more!
Sign Up for Free
All Posts About
Alexia Nepola
The Real Housewives of Miami
Exclusive
Bravo Relationships
Related