Sign Up for Free to View
Teresa Giudice and Ego Nwodim Play “Where Oh Where Is Teresa’s Hair!?” 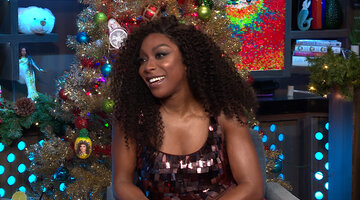 1:54
Show Highlight
Ego Nwodim Does Her Dionne Warwick Impersonation for the Clubhouse 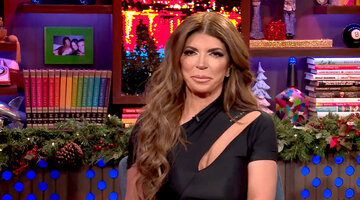 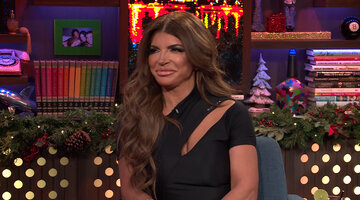 1:55
Show Highlight
Did Melissa and Joe Gorga Give Teresa Giudice a Wedding Gift?

Teresa Giudice and Luis “Louie” Ruelas exchanged vows in August, but she has yet to take his last name — and as The Real Housewives of New Jersey cast member revealed during a recent appearance on Watch What Happens Live with Andy Cohen, she plans to keep it that way.

Andy told Teresa during the December 5 show that several fans were curious about the decision, prompting her to respond, “Because it’s really my TV name.”

“Louie even said, ‘I think you should definitely keep your name,’” Teresa explained, adding that she had initially planned to make the switch from her ex-husband Joe Giudice’s surname. “I love him so much, so I wanted to change my name, but then he was like, ‘Everyone knows you as Teresa Giudice,’ ’cause, you know, this is my job. So I was like, ‘You’re right,’ and I left it.”

Four months have passed since the couple said “I do,” and lucky for RHONJ fans, they’ll be able to get an in-depth look at Teresa’s wedding planning process, the days leading up to the big event, and the ceremony itself when her wedding special premieres on Bravo next year.

“I always like to be unique and different and out of the box, so I can’t wait for you guys to see it,” Teresa teased during a November interview with E! News. “I can’t wait to see it.”

Fans got a brief glimpse at BravoCon 2022, where a one-minute clip from the nuptials was shown. In the sneak peek, Louie tells Teresa she’s “so beautiful” after she walks down the aisle, and then the couple proceeds to exchange vows.

The wedding special is slated to air a week after RHONJ’s Season 13 finale.

Did Melissa and Joe Gorga Give Teresa Giudice a Wedding Gift?
Life is better as an Insider
Bravo Insider is your VIP pass to never-before-seen content, exclusive giveaways, and so much more!
Sign Up for Free
All Posts About
Teresa Giudice
The Real Housewives of New Jersey
Weddings
Joe Giudice
Luis “Louie” Ruelas
Related

Teresa on When It “Came Crashing Down” During Marriage to Joe