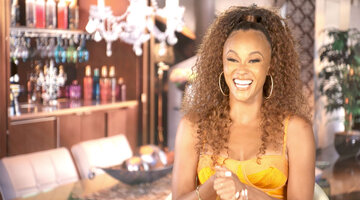 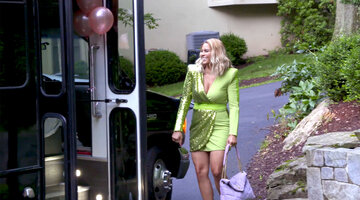 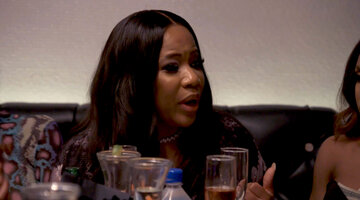 1:09
Preview
How Is Charrisse Jackson-Jordan Feeling About Karen Huger Now?

The streets may be talking about Ashley Darby’s new romance with Winter House’s Luke Gulbranson, but The Real Housewives of Potomac cast member is also looking back on the end of her marriage to Michael Darby.

Back in April, Ashley confirmed to The Daily Dish that she had separated from Michael after about eight years of marriage. The spouses, who share sons Dean (3) and Dylan (1), had to legally separate for one year in the state of Virginia in order to proceed with their divorce.

While Ashley noted on the show that her separation from Michael was initially “amicable” because their split had “happened gradually over time,” things have become “more difficult” now that she’s moving on.

Ashley sparked romance rumors with Luke at BravoCon 2022, and the two have highlighted their hangouts — including a weekend in D.C. and a holiday party outing — on social media.

In addition to moving on, Ashley is looking to move out on RHOP Season 7. She’s toured homes on the show, and she’s gone back and forth about whether to purchase a property with her ex.

During a December chat with Today, the “Coffee & Love” singer discussed why buying a home with Michael (and moving out of the apartment they shared during their marriage) “has so much emotionally attached to it.”

She said that getting a new home “symbolizes the breaking up of my family, not just the change of my residence. The change of my homestead, and my heart. That’s really been the most challenging part for me through all of this.”

Though Ashley has found certain aspects of her divorce to be more “challenging” than others, she told Today that her sons are thriving.

“They have just developed this bond that it’s amazing to watch,” Ashley shared about the “incredible” way her boys are growing. “Even if Dylan doesn’t fully speak, somehow Dean understands him and they are two peas in a pod. It’s amazing.”

You can watch Ashley continue her search for a forever home on RHOP Season 7.

Life is better as an Insider
Bravo Insider is your VIP pass to never-before-seen content, exclusive giveaways, and so much more!
Sign Up for Free
All Posts About
Ashley Darby
Luke Gulbranson
The Real Housewives of Potomac
Dean Darby
Dylan Darby
Michael Darby
Related

Everything We Know About Ashley Darby & Luke Gulbranson