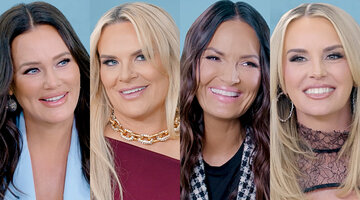 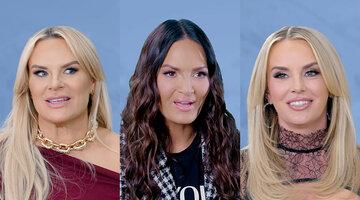 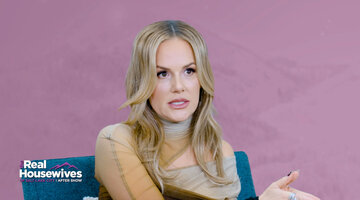 Heather Gay spent much of The Real Housewives of Salt Lake City Season 3 exploring her passion for music, eventually forming her very own choir, but fans may be surprised to learn just how renowned of a musician she used to be.

As the Beauty Lab + Laser owner revealed during the January 12 episode of The Real Housewives of Salt Lake City After Show, she was more or less “a child prodigy at piano.”

“I played piano growing up, and I was kinda really good at a really young age,” Heather explained. “I won the state competition at the age of 8 for the entire state of Colorado, and then when I became a senior in high school, I auditioned for scholarships as a piano performance major. And I got a full ride.”

She didn’t end up attending any of the schools that had offered full rides, though. Heather recalled, “My parents wanted me to go to BYU [Brigham Young University], so they said, ‘We’ll pay you the amount of the scholarship if you go to BYU.’ So I took the money and I went.”

Now, with the choir, she’s once again embracing her passion. As Angie Harrington put it, “I don’t think a lot of people know this, but [Heather] was and still is an incredible pianist, so I think this moment was really special to her.”

Heather confirmed that was the case when looking back at the choir’s first performance. “It was so fun,” she said on the RHOSLC After Show. “It started as like a little idea when I was singing with a friend as he was playing on the piano at my house and we were just singing show tunes. I realized we’re adults but we still wanna be in glee and have community through music. And there’s just not really an avenue in Salt Lake City, especially if you’re not going to church.”

That, of course, is no longer so!

Life is better as an Insider
Bravo Insider is your VIP pass to never-before-seen content, exclusive giveaways, and so much more!
Sign Up for Free
All Posts About
Heather Gay
The Real Housewives of Salt Lake City
Related

Heather Doesn’t Know “How to Fix” Friendship With Whitney