Sign Up for Free to View
One of Lisa Barlow's Family Members Kissed John Barlow?! The Couple Tells All 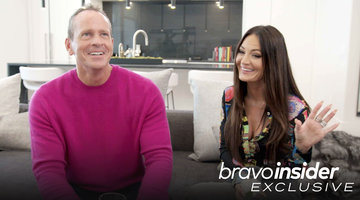 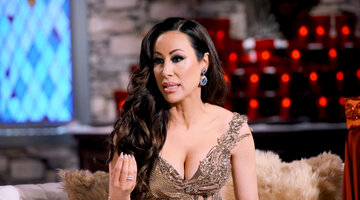 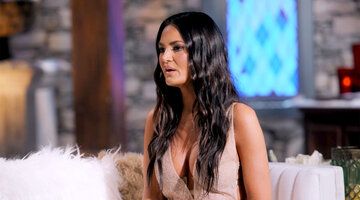 1:25
Preview
Meredith Marks to Lisa Barlow: "That Is a Bitchy Thing to Say"

It turns out Lisa Barlow got her rock with an assist from Jenny from the Block. In a series of Instagram Stories on Thursday, December 1, The Real Housewives of Salt Lake City ’Wife detailed how her husband, John Barlow, proposed, and the unexpected role Jennifer Lopez played in the romantic milestone.

As Lopez’s 2002 track “All I Have,” featuring LL Cool J, played on her car stereo, Lisa explained that she was just listening to the singer’s interview about the 20th anniversary of her This Is Me… Then album, which she wrote during her first relationship with her now-husband Ben Affleck. “I was obsessed with it because I was, like, so in love with John,” the RHOSLC cast member explained, going on to recall their engagement in Texas.

“We were on the pier on the Gulf of Mexico, he got down on one knee, and I’m like, ‘Oh my God, he’s going to ask me to marry him.’ And he did, and I said yes, of course,” she recalled, explaining how they got into the “super sleek” Jaguar she was driving at the time. “He let me scream-sing, I was so happy. Every song on this JLo album [was] on repeat on the way to dinner. Everywhere we went for that whole weekend. It was all about me, John, and JLo.”

So, of course, the interview reminded her of both “how good this album was and how much I love John Barlow.”

Adding a throwback photo of herself, she further reflected on John’s proposal in a caption. “No joke .... It was [the] best moment of my life,” the RHOSLC mom wrote. “I knew he really loved me because when we got into the Jag and headed to dinner all I had playing and singing loudly, non stop all night and for the next two days he was in town was this song.”

After her iconic “Away in a Manger” performance this season, Lisa also teased that she had a surprise collaboration on the way with “an amazing artist.” Might Lopez be that artist? Surely, she’d love that!

Lisa Barlow Teases a Music Collaboration with an “Amazing Artist”

Life is better as an Insider
Bravo Insider is your VIP pass to never-before-seen content, exclusive giveaways, and so much more!
Sign Up for Free
All Posts About
Lisa Barlow
The Real Housewives of Salt Lake City
Bravo Relationships
Jennifer Lopez
Related

We Have an Update on Lisa Barlow’s Family