Sign Up for Free to View
Jessica More Opens up About Robert Westergaard and a Charter Guest: "I've Never Been So Disrespected in My Life" 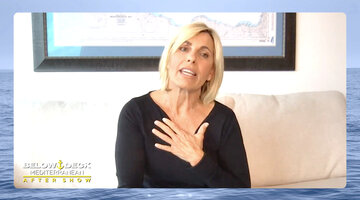 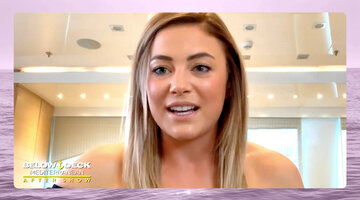 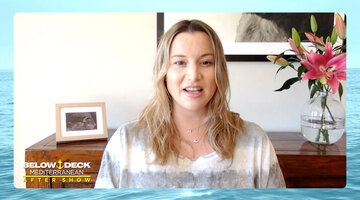 The Wellington crew ended the charter season with one last unforgettable night out at the club in the Below Deck Mediterranean Season 5 finale, which aired on October 12. Unfortunately, Jess More and Rob Westergaard will probably remember the night for not the best of reasons.

Things started out tense for The Wellington couple as they got ready for one last celebration with the crew before the charter season officially came to an end. Rob and Jess didn't appear to speak to one another much during dinner with the rest of the crew and Captain Sandy Yawn.

The crew then ran into the last group of charter guests at the club after saying goodbye to them just a few hours prior. Rob appeared to be spending a lot of time with the primary charter guest, Hannah, which seemed to be flirtatious to Jess. "I feel like I had never been so disrespected before in my life by somebody," Jess said of Rob and Hannah's behavior at the club during the Below Deck Mediterranean Season 5 After Show, before recalling a moment with Hannah at the club that we didn't see on TV, which you can view, above.

Are Rob Westergaard and Jess More Still Together? Here's What Happened During — and After — Their Bali Trip

The night ended in tears for both Jess and Rob, and it was unclear if they were still together, much less if they would still be going to Bali after they left The Wellington like they had been planning this season. "That was probably the worst night of the whole entire season for me. I was absolutely devastated and hurt and disgusted all in the same night," Jess shared in the After Show. "I can't wait to see this episode. This charter is probably my least favorite out of everybody."

As we found out at the end of the Below Deck Med Season 5 finale, Jess and Rob did end up going to Bali together after the charter season ended. Hear more about their trip and what happened after in the After Show, above.

Jess, Rob, and the rest of The Wellington crew will (virtually) come together for the two-part Below Deck Med Season 5 finale which kicks off on Monday, October 19 at 9/8c. Get your first look, below.

Your First Look at the Below Deck Mediterranean Season 5 Reunion!

Below Deck Med Producer Reacts to Rob and Jess

Jess Opens Up About Conversations with Rob's Ex