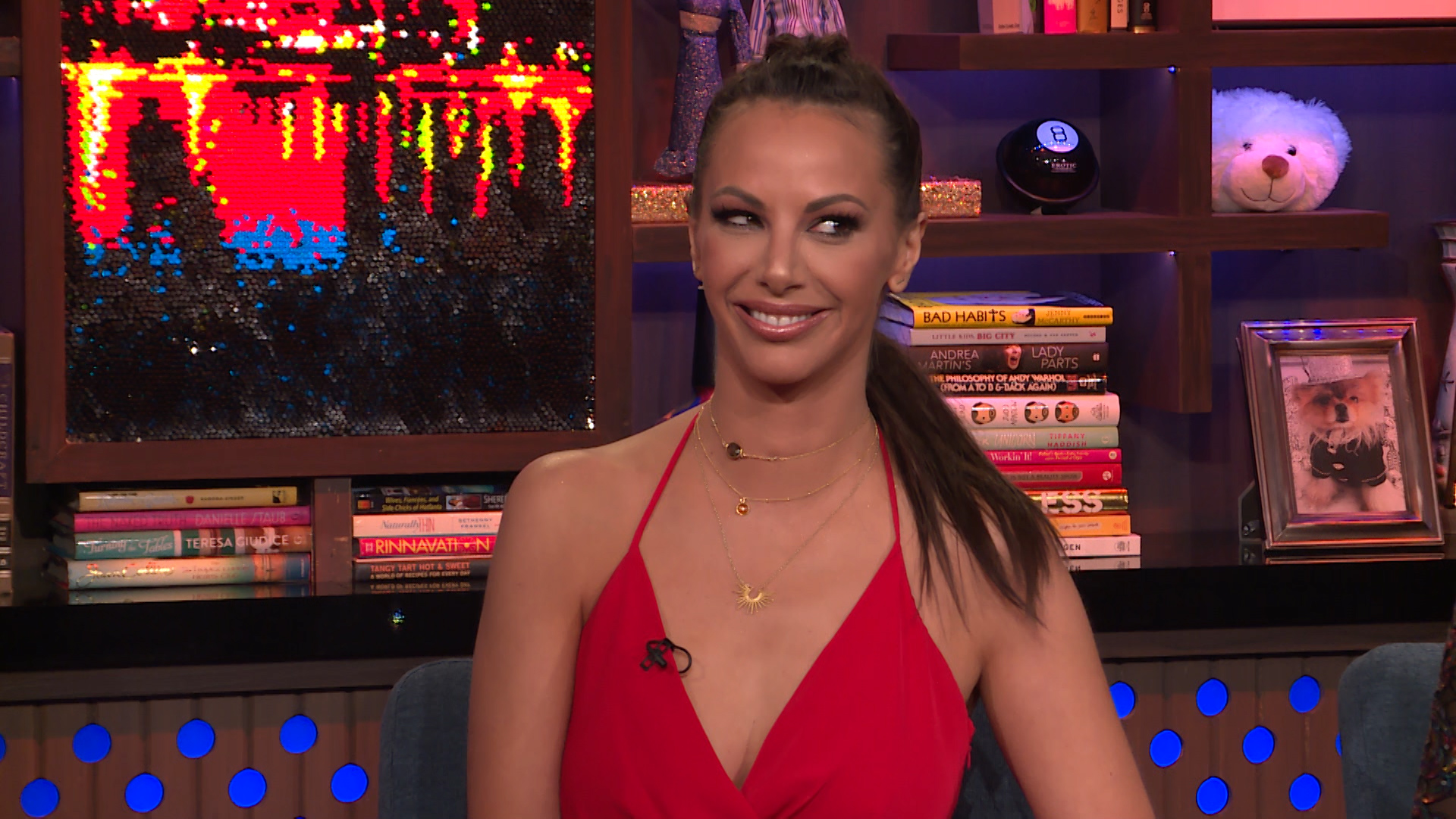 UPDATE (Jan. 30, 2:23 P.M.): Scheana gave the last word on Kristen's comments on Twitter Tuesday by referencing a classic Vanderpump Rules moment. "Last thing I will say about this BS. In the words of Stassi [Schroeder], @kristendoute idk what I’ve done to you, but I’ll GET you a Pinot Grigio. Looking pretty thirsty over there..."

Last thing I will say about this BS. In the words of Stassi, @kristendoute idk what I’ve done to you, but I’ll GET you a Pinot Grigio. Looking pretty thirsty over there... 💁🏻‍♀️

Now that Scheana Shay is single, has she been mingling with a fellow Bravoleb? That's the buzz that's causing a stir among several Bravo stars.

It all started when Summer House's Stephen McGee claimed that his pal Carl Radke hooked up with Scheana when he appeared on The Morning Breath last week. "All I know is that I went with Carl and Scheana back to Carl's apartment one night, and she knew where everything was," he said.

Kristen Doute backed Stephen's comments up during an appearance on Watch What Happens Live with Andy Cohen Monday (clip above). "So I wasn't there, but I can 1 million percent confirm that it happened," she said.

Shep Rose Says He Once Hooked Up with Another Bravo Star

Scheana then took to Twitter to address the gossip, and she seemed to refute the rumors. "I find it funny how @kristendoute keeps saying she knows things '1 million percent' happened when she’s never there and we aren’t friends anymore  ... interesting," she tweeted.

Kristen remained firm in her stance on the rumors about Scheana and Carl during the WWHL After Show Monday. "Oooh, tough dig," she said sarcastically in response to Scheana's tweet. 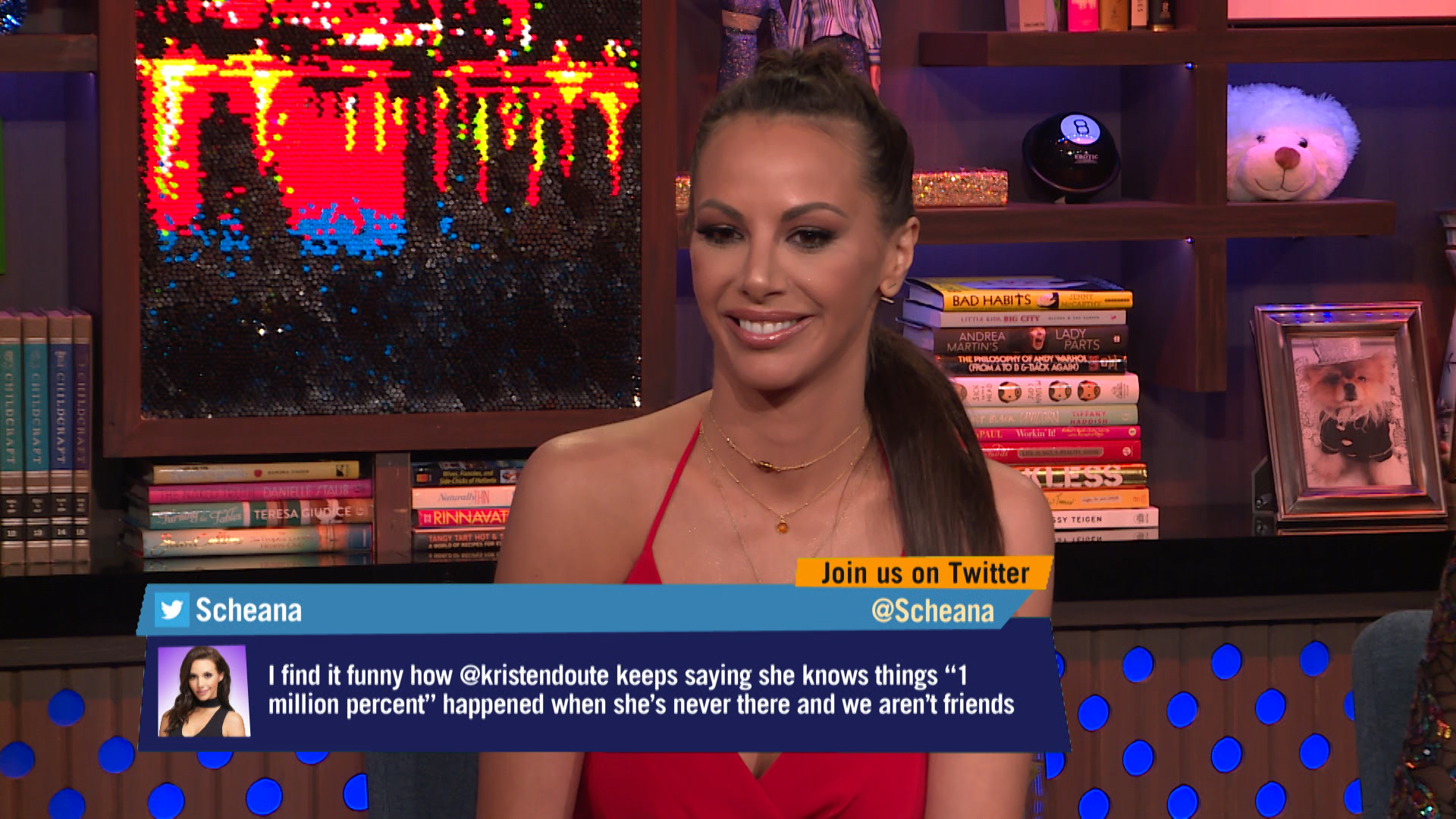 Southern Charm's Shep Rose recently admitted to hooking up with a fellow Bravoleb on WWHL in December. Find out who he got intimate with, below.

Did Scheana Shay's Ex Rob Valletta Really Cheat on Her?

Rob Valletta Opens Up About His Split from Scheana