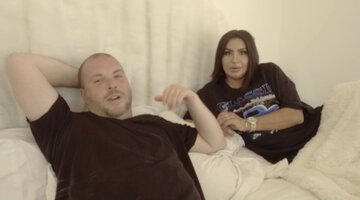 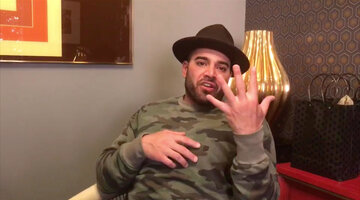 1:43
Shahs of Sunset
Is Mike Shouhed Dating Anyone Right Now? 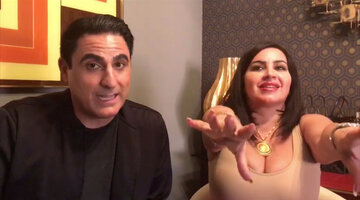 1:58
Shahs of Sunset
MJ Dishes on Her Wild Bachelorette Party

Reza Farahan's husband Adam Neely hasn't been shy about his desire to start a family. The couple even met with a fertility specialist to explore their options to welcome a little one last season of Shahs of Sunset.

But cut to the Season 7 premiere of Shahs of Sunset, and Reza and Adam had started work on a different major project: a complete renovation of the new home they just bought. "Stressing about the house and getting all this baby pressure, I'm spread motherf---ing thin, real thin," Reza opined in the episode.

Now Reza and Adam are finally one step closer to becoming dads. The Daily Dish caught up with Reza in New York City earlier this week, and he shared that their house is almost complete, which means the couple will soon be able to focus on growing their family. "So we had a plan of building a house, and once we got settled in our house we would start the baby-making process. And as it turns out, this inspector signed off on our construction literally as I was getting on the plane to come here," Reza revealed. "So when I get home, we're gonna move into our new house, which means Adam's uterus will be on fire, and I'll have to drop like 200 grand so we can make a baby."

As Reza gets ready to begin his journey to fatherhood, he said he's mostly concerned about his wallet. "I'm super anxious, just because I spent a fortune on a haircare line, I just spent a fortune building a house, and now I'm gonna have to spend a fortune to make a kid," he said. "So when they were saying, 'What do you want the kid to look like?' I was like, I want the egg donor to be from Harvard or Yale because when this baby grows up, it's gonna be getting a bill with interest."

With so many wonderful new chapters beginning for the Shahs of Sunset couple, it's no surprise that Reza and Adam are doing better than ever in their second year of marriage. "Adam and I are happier than we've ever been," Reza gushes in the above behind-the-scenes video from Season 7. "And I'm not just lying. It's really true."

Check out more Reza, below.

5 Reasons We Love Reza Farahan
Life is better as an Insider
Bravo Insider is your VIP pass to never-before-seen content, exclusive giveaways, and so much more!
Sign Up for Free
All Posts About
Reza Farahan
Shahs of Sunset
Exclusive
Babies
Kids
Relationships
Related
Style & Living

Reza Farahan Shares the Secrets That Helped Him Lose 40 Pounds