Sign Up for Free to View
Dr. Heavenly Kimes on Shereé Whitfield's "Who Gon' Check Me, Boo?" Drama: "There's More to This Story" 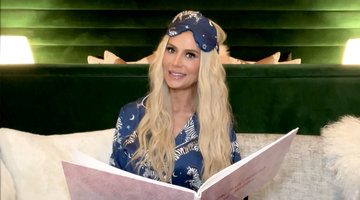 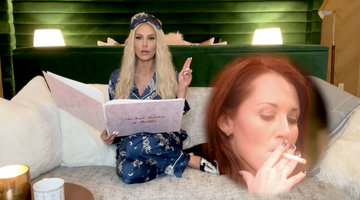 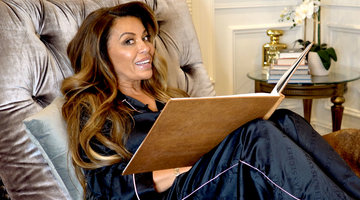 0:33
S1 - E2 | Part 1
Dolores Catania Gets to the Bottom of One of the Biggest Real Housewives Mysteries

Christmas has come early, thanks to Dr. Heavenly Kimes. The Married to Medicine dentist has "an extra special treat" this year for fans of The Real Housewives of Atlanta.

In the latest edition of Bedtime By Bravo shared exclusively with Bravo Insider members during the Season of Getting, Dr. Heavenly takes us all the way back to Season 2 of RHOA to revisit one of the most iconic Real Housewives moments ever. Or, as Dr. Heavenly puts it in the above video, the time Shereé Whitfield gave us "one of the greatest proclamations ever spoken in television and feminist history." Yes, we're talking about her incomparable quote, "Who gon' check me, boo?"

We all have the moment that Shereé uttered this classic Housewives line seared in our memories, a quote that Andy Cohen even recently said still "resonates." But perhaps what is less well-known is why Shereé delivered this phrase in the first place.

Thankfully, we have Dr. Heavenly here to jog our memories (which makes us wish we had some SHE by Shereé joggers right about now). In the above video, Dr. Heavenly recounts this tale from the very beginning when Shereé enlisted the help of a couple of party planners to help organize "the ultimate independence party" following her divorce from Bob Whitfield.

At first, Anthony and Keshia had grand ideas to help give Shereé the "event of the year, no the century, maybe even the millennium," as Dr. Heavenly says in the clip. That included a grand entrance via helicopter, handsome men carrying Shereé into the party, and the recitation of a poem written just for the Atlanta Housewife.

But as the day of the party quickly approached, Shereé could not get a hold of her party planners, which Dr. Heavenly found to be very curious. "Now, this sounds like there's more to this story. Now, nobody would just stop taking your calls and hang up on your ass. There had to have been something happening between this," Dr. Heavenly posits in Bedtime By Bravo. "But I ain't got s--t to do with it, so I'm gonna say hell to the royal no."

Shereé would go on to get exactly the pep talk she needed from a familiar RHOA face before heading into what would become a legendary meeting with Anthony. And if you think you know what happens next, think again. Dr. Heavenly will have you seeing the "who gon' check me, boo?" moment in a totally new light in the above video.

That wasn't even the end of the drama surrounding Shereé's independence party. Sign up for Bravo Insider, above, to see how Shereé's soirée turned out, including another famous RHOA beef that erupted at the bash.

Life is better as an Insider
Bravo Insider is your VIP pass to never-before-seen content, exclusive giveaways, and so much more!
Sign Up for Free
All Posts About
Andy Cohen
Dolores Catania
Dorit Kemsley
Heavenly Kimes
Luann de Lesseps
Shereé Whitfield
The Real Housewives of Atlanta
Bravo Insider
Season of Getting
Bob Whitfield
Related