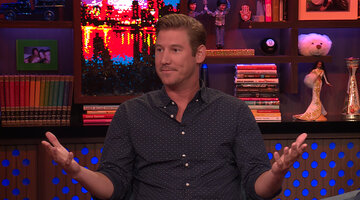 1:53
Show Highlight
Austen Kroll Dishes About His Past and Present Lady Friends 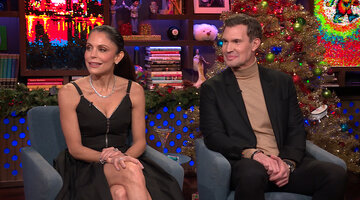 8:00
After Show
Jeff Lewis Has an Update on Lea Black and Lisa Hochstein 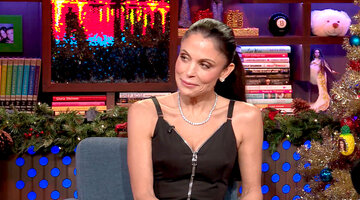 The relationship between Austen Kroll and Olivia Flowers is no longer blooming, the Southern Charm cast members confirmed during Part 1 of the Season 8 reunion.

The revelation was prompted by none other than Austen’s ex, Madison LeCroy. “Riddle me this,” she said. “Are y’all in a relationship or not?”

Olivia was the first to answer, confirming that she and Austen are “not in a relationship.” Austen, meanwhile, provided some context for the split. “Look at all this turmoil up here,” he said, turning to his fellow cast members. “We both talked and were like, ‘I don’t want to ever lose you in the capacity that we’ve seen our friends…’ or in the way that me and Madison, we don’t speak.”

“She’s like, ‘That would break my heart,’ and it’s true,” Austen continued. “You can call me a coward or any other freakin’ adjective that you want to for not taking that leap, but that s--t terrifies me. It’s scary.”

That’s not to say he and Olivia didn’t try to take the leap though. As Olivia revealed, “It was romantic for a time — especially when we were done filming, we got to take advantage of that time of just having fun and not putting so much pressure on the label.”

However, “nothing’s built in the gray area,” Olivia added. “After a while, it just kind of chips away at your confidence and where you see things going, and it kind of felt like I was being put on hold.”

While Olivia was admittedly “ready to be in a relationship,” she also revealed that the one time Austen was on board, she momentarily hesitated to commit. “When you came to me and you wanted to be 100 percent,” she told Austen, “I was in the place where I was just mentally f--ked because things with you were so complicated. I told you, ‘I don’t see it with us right now,’ [but] I guess I imagined that we would get there. You were just like, ‘OK, yeah, we’ll be friends.’”

Host Andy Cohen then pointed out that Olivia was technically the one to reject Austen, but as she responded, “I was really patient with him all these months when he was trying to figure out what he wanted, and the one time I needed him to be patient with me, he wasn’t. It was just like, ‘OK, well, I tried and that’s that.’”

Austen, for his part, did admit that he “dragged his feet for too long.”

Several of the former couple’s castmates also weighed in on the matter, with Craig Conover explaining, “I think if it was meant to be, you guys wouldn’t have waited so long to commit.”

Among those in agreement? Madison, who responded, “Exactly.”

Watch Southern Charm on Bravo Thursdays at 9/8c and the next day on Peacock. Catch up on the Bravo app.

Life is better as an Insider
Bravo Insider is your VIP pass to never-before-seen content, exclusive giveaways, and so much more!
Sign Up for Free
All Posts About
Austen Kroll
Madison LeCroy
Olivia Flowers
Southern Charm
Bravo Relationships
Relationships
Related

Craig Reveals What Went Down at the Southern Charm Reunion

Austen & Craig Are “Super Excited” About a “New Venture”