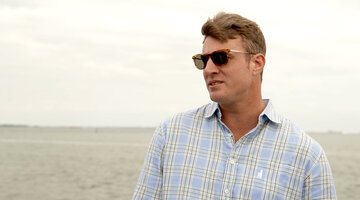 6:31
Preview
Shep Rose Doesn't Want to Be "a Failure" in Marriage 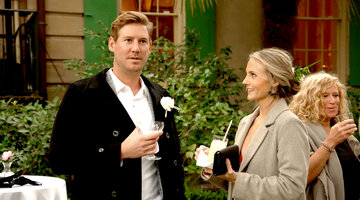 2:09
Preview
Austen Kroll Is Surprised to See Olivia Flowers with a New Man 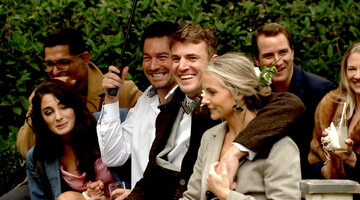 1:45
Preview
The Time Has Come for Lil Craig to Marry Peaches

The Southern Charm cast has always experienced some high-octane romances, but they almost all pale in comparison to the often-dramatic relationship between now-exes Austen Kroll and Madison LeCroy. And while they may no longer be together, they remain a buzzy subject. So when Austen's current love interest, Olivia Flowers, appeared on Watch What Happens Live with Andy Cohen, well, she was asked about them... a lot.

With Austen and Madison (who is now engaged to Brett) seemingly moving on from one another, Olivia revealed in the Clubhouse that she does not believe that Austen is still "obsessed" with his ex, putting it at "zero" on a scale of 1 to 10.

From there, Olivia revealed why she invited Madison to her oyster roast earlier this season, which you can check out in the WWHL show highlight from the August 4 episode, below.

Later on in the episode, she also revealed if she's been trying to befriend Madison during Season 8 of Southern Charm, her answer in the WWHL clip below.

But, wait, there's more! While in the Clubhouse, Olivia spilled more tea and shared her take on if she thinks Madison should have told Austen about her engagement despite them being broken up "for a while" at the time. Olivia also revealed if the exes still talk to one another, which you can check out below.

Olivia did share on Thursday's WWHL that while she hasn't watched Summer House, she did respond to Alex Wach making a shady comment about Austen at the Season 6 reunion, revealing that she thinks that "Austen is a Range Rover. He's no Honda."

(For the record, as Austen previously told The Daily Dish earlier this spring, he seemed pretty unbothered by the comment. “My first reaction was, like, what’s wrong with Honda Civics?” He went on to add, “I’ve had plenty of great times in a Honda Civic.”)

In fact, Austen and Olivia's relationship will continue to take new turns as Season 8 airs, as you can see in the preview for the August 11 episode at the top of this post.

—with additional reporting by Abby Feiner

Find out what's next for the Southern Charm cast by previewing the August 11 episode, below.

Shep Rose Doesn't Want to Be "a Failure" in Marriage

Watch Southern Charm on Bravo Thursdays at 9/8c and the next day on Peacock. Catch up on the Bravo app.

Life is better as an Insider
Bravo Insider is your VIP pass to never-before-seen content, exclusive giveaways, and so much more!
Sign Up for Free
All Posts About
Austen Kroll
Madison LeCroy
Olivia Flowers
Southern Charm
Bravo Relationships
Related