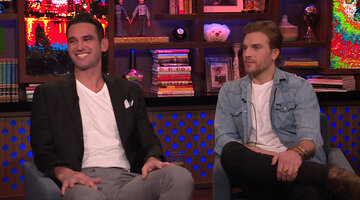 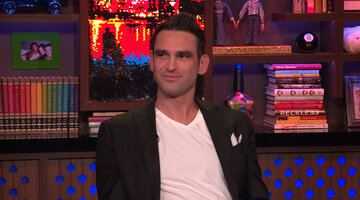 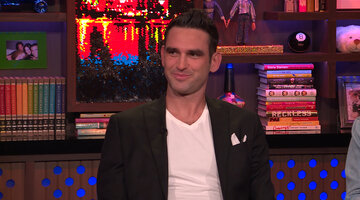 The Summer House kitchen pantry was the place to be for hookups in Season 3. That's where Carl Radke and Paige DeSorbo had their clandestine makeout sessions away from the cameras — although we still got to hear everything, thanks to the power of microphones.

However, it would seem that the producers got wise to all the romantic activity going on in that nook. In Season 4 of Summer House, currently airing on Wednesdays at 9/8c on Bravo, there are now cameras located in the kitchen pantry, probably much to the chagrin to the housemates — but much to fans' enjoyment.

One Summer House fan wanted to know if Carl was "pissed" when he found out there were cameras in the pantry this season when he appeared on Watch What Happens Live with Andy Cohen on March 4. "I was upset, but not that upset," Carl said in the above clip.

But then Carl dropped an even bigger bombshell that the hottest moments on Summer House aren't even making it to TV. "They should put cameras in the closets," he said. "That's where everything goes down."

Carl's Summer House roommate and fellow WWHL guest Luke Gulbranson also noted that a lot happens in the bathrooms as well, which we totally believe because there have been hints that some of the showers have gotten particularly steamy, if you know what we mean. However, whatever is going on in the bathroom on Summer House is probably best left up to our imagination.

Want more Summer House? New episodes air every Wednesday at 9/8c or catch up on this season through the Bravo app.

Jules Daoud and Jordan Verroi Have Phone Sex In Public
Life is better as an Insider
Bravo Insider is your VIP pass to never-before-seen content, exclusive giveaways, and so much more!
Sign Up for Free
All Posts About
Carl Radke
Luke Gulbranson
Paige DeSorbo
Summer House
Hookups
Bravo Relationships
Related