As you might recall, Melissa Gorga recently teased that things have been a bit tense in the Garden State crew after it was reported there's been a rift between Teresa Giudice and Danielle Staub: “Oh my god, the drama. I might have something to do with that. Just saying."

While Teresa hasn't directly commented on that beef, she is shedding some light on how she's reacting to some of the turmoil within her circle of friends as of late. “What happened, I didn’t expect it to happen. I’m shocked,” she told Us Weekly. “It’s just screwed up, you know? Let me just tell you, I was more mad this season than when I flipped the table.”

She then noted that everyone should stay tuned to find out what she's talking about.

Teresa definitely has a lot on her plate these days, friend drama aside. The Real Housewives of New Jersey mom and her family are awaiting word on what the fate of Joe Giudice's ongoing immigration and deportation case is going to be. She recently opened up a bit about how a possible deportation back to his native Italy would affect their family in the exclusive Bravo Insider video, first shared with Bravo Insider members, above. 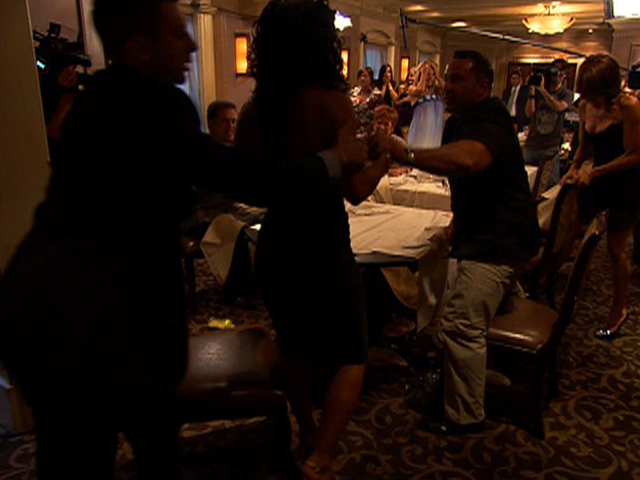 We Have an Update on Teresa Giudice and Danielle Staub

Melissa "Heard Things" About Danielle "Through the Manzos"