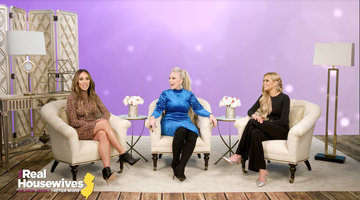 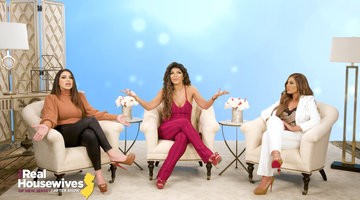 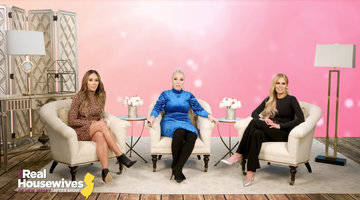 When Teresa Giudice went to visit Joe Giudice while he was in ICE custody last year as seen on The Real Housewives of New Jersey Season 10, she was only allowed to bring along two of her daughters, so the Garden State mom opted to bring along Gia, 18, and Milania, 14. And when speaking to the RHONJ Season 10 After Show, she revealed why she made that decision.

"Gabriella, she has OCD. She does not want to miss school and she's very, [she] does everything by the books, which is, I love that," Teresa explained about the 15-year-old, adding that she wins the perfect attendance award at school.

Teresa has been hyper-aware of protecting all her daughters, including youngest daughter Audriana, throughout their father's legal issues and while he's been away from home, including when he was away at ICE before he was released from custody to Italy last October.

"Audriana, obviously, she was too young [to go]," Teresa explained about not including her in the trip. "She's 10 years old. She's really smart and, I'm sure, she knew mommy and her sisters were protecting her."

Later this season on RHONJ, fans will go inside Teresa and the girls' visit to Italy last November. You can preview the trip, below.