Sign Up for Free to View
Has Teresa Giudice Started Divorce Proceedings? 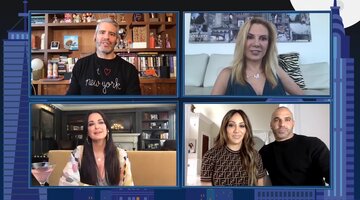 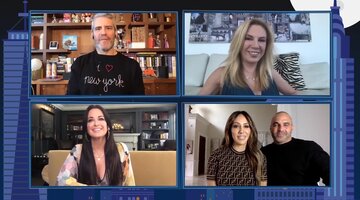 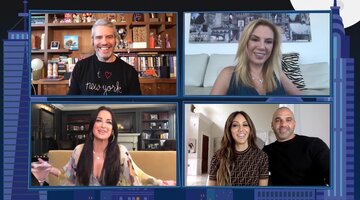 Teresa Giudice told her husband, Joe Giudice, that she wanted to end their marriage of 20 years when the couple reunited in Italy in The Real Housewives of New Jersey Season 10 finale. But by the time the reunion rolled around several months later, Teresa shared that she had not made much progress on moving forward with the divorce. "I mean, we didn't get there yet," Teresa told host Andy Cohen. "We're gonna take it one step at a time."

Later in the reunion, Teresa did say that they were "working" on divorce papers, but added, "It seems like [Joe is] procrastinating.”

Now it looks like the RHONJ couple is one step closer to officially ending their marriage. Teresa's brother, Joe Gorga, confirmed during his appearance via video chat on Watch What Happens Live with Andy Cohen: @ Home on April 2 that his sister has begun the divorce proceedings. "The paperwork's almost done," he told Andy.

The RHONJ crew was supportive of Teresa's decision to divorce her husband during the Season 10 reunion, and her brother, Joe, was one of the most vocal in encouraging her to file the papers. “I’ve been talking to her and pushing her, like, ‘When are you getting a divorce? Sign the papers!’" Joe Gorga said during the reunion. "What are you waiting for? I’m the one calling her and pushing her."

Joe Gorga Has Been "Pushing" Teresa Giudice to Divorce Joe

Joe Gorga also didn't hold anything back when it came to Teresa's marriage during Season 10 of RHONJ or at the reunion, telling his sister that she should move on, that she didn't have "a good relationship," and sharing that he believed her husband had been unfaithful to her.

Joe Giudice seemingly later reacted to the RHONJ Season 10 reunion on Instagram writing, "A person's mouth can lie, but their eyes always tell the truth," which Joe Gorga said he thought was a reference to his comments at the sit-down. "I was being honest. The truth hurts. He doesn't like to hear it. I never spoke up. I always kept my mouth shut over the years pretty much," Joe Gorga said on WWHL: @ Home. "It's my sister. I have to speak up. I'm her only brother."

Teresa also spoke openly at the reunion about her hopes for her next chapter, including her ideal partner. However, Joe Gorga confirmed on WWHL: @ Home that his sister has not started dating yet, especially amid the country's current stay-at-home and social distancing guidelines.

Catch up more with Joe and Melissa Gorga, as well as Ramona Singer, and Kyle Richards on WWHL: @ Home, below.

Ramona Singer, Kyle Richards, & Melissa Gorga Iso-Lay It On Us

Life is better as an Insider
Bravo Insider is your VIP pass to never-before-seen content, exclusive giveaways, and so much more!
Sign Up for Free
All Posts About
Andy Cohen
Melissa Gorga
Ramona Singer
Teresa Giudice
The Real Housewives of New Jersey
Splits
Bravo Relationships
Joe Giudice
Joe Gorga
Related