Taylor Armstrong is engaged, Brandi Glanville has beef with Brooks, and Marysol Patton has tips for getting rid of bad juju. What are we talking about? The week by Bravo, of course! Read on for a round-up of all the stories, gossip and clips you might have missed this week.

Real Housewives of Beverly Hills star Taylor Armstrong will soon walk down the aisle for the second time. On August 22nd, her boyfriend, John Bluher popped the question while they were vacationing in Mexico. "Our engagement was breathtaking," Taylor tells the Dish. "We are deeply in love and looking forward to our life together with [my daughter] Kennedy."

Tell Us What You Really Think

It seems Brooks Ayers is the man everyone loves to hate, and earlier this week, Brandi Glanville took to Twitter to blow off some steam about Vicki Gunvalson's old flame. "Watching OC reunion," she tweeted, "Brooks is the biggest DBAG of all time! He makes my skin crawl" So clearly Brandi isn't one to bite her tongue.

Rosie Pope is dusting off her maternity clothes once more. The Pregnant in Heels star announced this week that she is expecting her fourth child. "We couldn't be happier to expect another baby," she said. Her last birth was quite the event—in fact, she live-tweeted the whole thing. So the question now, of course, is will she take to Twitter again this time around?

There have been plenty of explosive Reunion moments during the history of the Real Housewives franchise, and they have led to an impressive number of walk-offs during filming. In honor of the finale of the Real Housewives of Orange County Reunion, we compiled the seven best walk-offs in Housewife history. At the top of our list? Danielle Staub's infamous departure after drawing the ire of the cast of RHONJ.

What's the secret to keeping a marriage hot? Melissa Gorga and her husband Joe may have the answer. "Men are very visual," Melissa told the Hollywood Reporter. "They see with their eyes." So how do you satisfy their need for, um, visual stimulation? Melissa laid it all out. "You need to shave your pits, and your legs. Flirt with each other. Keep it young and fresh, even when you are together for years and years." If that's not enough, Joe has one suggestion: "Sexy underwear."

A Lesson in Good Juju

Want to keep the good vibes flowing this weekend? Real Housewives of Miami star Marysol Patton has a few tips. Thanks to her Cuban upbringing, she knows a thing or two about getting rid of bad energy and ushering in the good. She has a laundry list of must-haves, including incense and candles, so watch the clip, and let the good vibes roll. 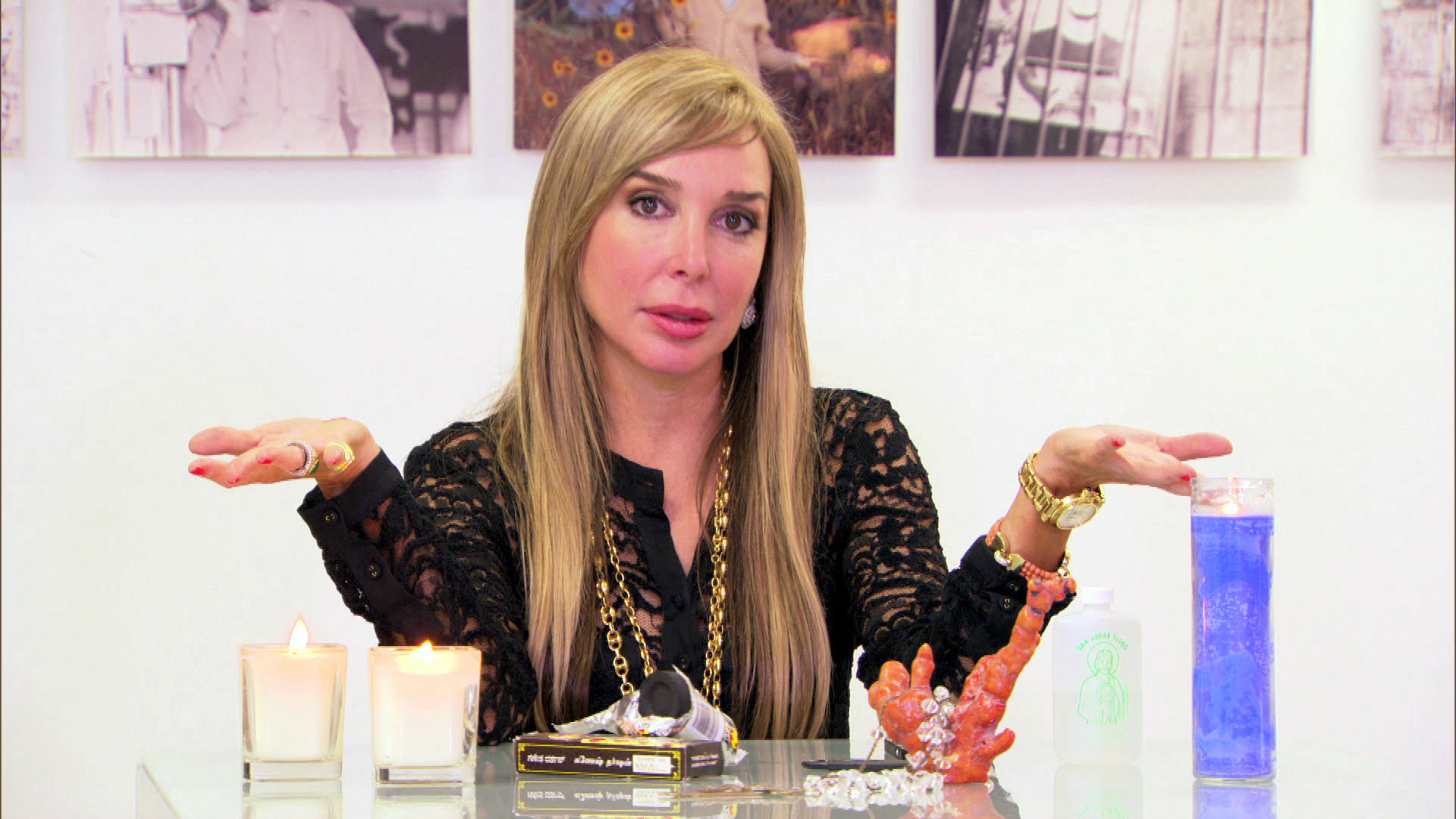