Dana Delaney has some serious secrets in her vault, and they came out during a game of “Plead the Fifth” with Andy on Tuesday’s edition of Watch What Happens Live.

“Name one Hollywood celeb that we would be surprised to hear you hooked up with,” Andy asked Dana.

“I had a date with Robert Blake!” Dana answered, also making clear this was before the trouble Baretta star was tried and acquitted for the 2001 murder of his wife. (He was later found responsible for her death in 2005.)

“No way!” Andy responded. “Wow! Did he try any knife action? Oh my God, that’s terrifying. Were you scared at all?”

From Dana’s response, it looks like Blake did in fact give her a bit of a scare. She put her thumb and index finger together indicating “a little bit.”

The tough questions didn't stop there for Ms. Delany.

“Who has had the most work done on Desperate Housewives?” he inquired.

The actress knew it was better to keep that secret under wraps, and pled the fifth.

His final question was “Who has the worst breath in Hollywood?” Luckily, Dana didn’t seem to have an answer for that one. I’m blanking! I’m going to say myself! I don’t know!”

“A prop man on my show,” said Dana, who currently stars in the ABC medical drama Body of Proof.

Here’s the video for the full recap of Dana’s experience in the hot seat. 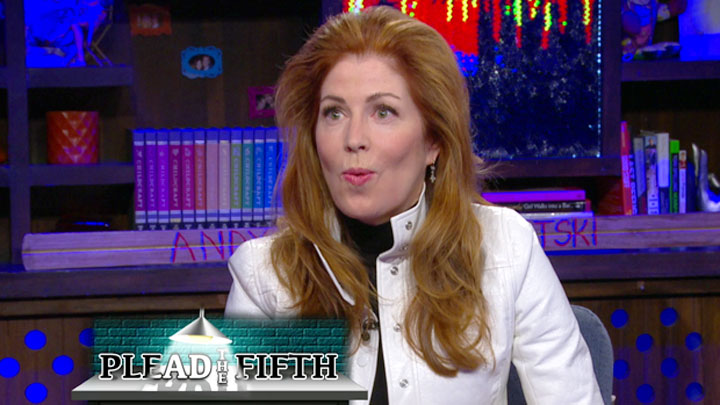