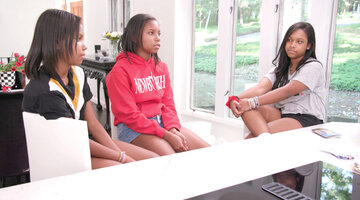 1:47
Preview
Gizelle Bryant's Daughters Have Some Serious Feelings About Her Relationship With Their Father 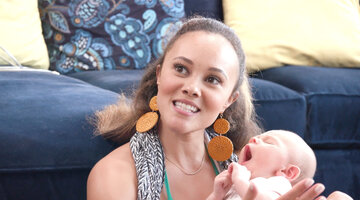 1:53
Preview
Ashley Darby Will Not Be Receiving an Invitation to Candiace Dillard Bassett's Anniversary Party 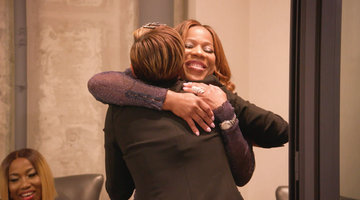 As we caught up with the Potomac Housewives at the start of Season 5, we got a major update on Monique Samuels' friendship with Charrisse Jackson-Jordan, and it was clear that there was tension between the onetime pals at Candiace Dillard Bassett's anniversary party in the season premiere. "Charrisse has been facilitating nasty rumors about me and my family," Monique said in an interview during the episode (clip above). "Why would I want to be around that?"

When asked in the episode what the rumors were during an interview with a producer of The Real Housewives of Potomac, Monique responded, "I am not talking about Charrisse. I'm done talking about that."

Monique later revealed in Season 5, Episode 2, "These rumors totally affected me and my husband."

Monique Samuels Married “the Best Leo on This Planet”

However, Monique said during a recent interview with PEOPLE Now that she was "surprised" to hear others discuss the rumors on RHOP and that what was "put out there was not the only part." "The rumors were disgusting, they were terrible, I did not want to talk about it at all," Monique said.

Monique added of the situation with the gossip, "It's just disappointing."

Monique Samuels Needs Chris Samuels to Step it up When it Comes to Their Marriage and Romance
Life is better as an Insider
Bravo Insider is your VIP pass to never-before-seen content, exclusive giveaways, and so much more!
Sign Up for Free
All Posts About
Candiace Dillard Bassett
Charrisse Jackson-Jordan
Monique Samuels
The Real Housewives of Potomac
Bravo Relationships
Friendship
Related

Monique Samuels' Son Has Everyone Talking

Now We Know Why Monique Samuels Got a Pet Bird