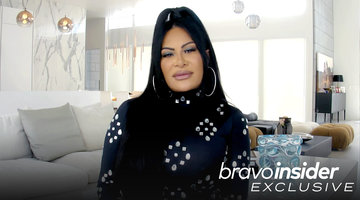 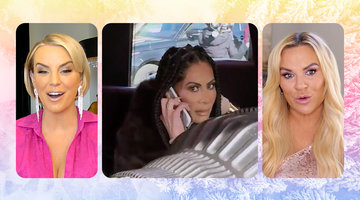 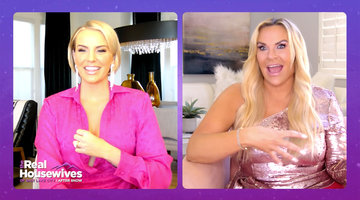 Whitney Rose held the launch party for her skincare line, Wild Rose Beauty, in the January 2 episode of The Real Housewives of Salt Lake City. This journey that we've followed over a few episodes in Season 2 has actually been five years in the making.

Whitney described in The Real Housewives of Salt Lake City After Show, above, that Wild Rose Beauty first started five years ago as Iris + Beau. In time, Whitney said that she began to "feel comfortable in my own skin and trust myself as a businesswoman and leader" and decided to buy out her business partner to rebrand the skincare line as Wild Rose Beauty. "To see what I've accomplished over the five years is truly amazing, and I want to honor that," Whitney said in the Bravo Insider exclusive, above. "And that's really what the rebrand is all about is celebrating my success and me branching out into the world on my own without a business partner."

Running a business on your own requires "a lot of money, it's a lot of time, a lot of risk," Whitney has come to find, later noting, "The hardest part about all this is the financial side of it."

We've seen Whitney open up about the major investment that she and her husband, Justin Rose, have put into Wild Rose Beauty this season of RHOSLC. Whitney shared more about that in the RHOSLC After Show, recalling the moment she "lost our entire savings" and the "uncomfortable conversations" she had to have with her husband in the aftermath. "Those are the things that are make or break a relationship. The only things people fight over are usually money and sex, right? Like, those are the things that people get divorced over," Whitney shared. "And so, it was very difficult because I felt ashamed, one. I felt like I let him down, I let the family down, and I just really wanted him to know that despite all the losses, I am stronger than ever. And those losses were lessons, and we're gonna turn those into returns."

So, how has Justin reacted to all of the ups and downs on the road to the rebrand? Whitney opens up more about how her business has affected her family in the RHOSLC After Show, above. For instant access, as well as more exclusive content featuring your favorite Bravolebs, sign up to be a Bravo Insider.

Want more RHOSLC? Catch up on every episode ever through the Bravo app.

Life is better as an Insider
Bravo Insider is your VIP pass to never-before-seen content, exclusive giveaways, and so much more!
Sign Up for Free
All Posts About
Whitney Rose
The Real Housewives of Salt Lake City
Bravo Insider
Bravo Relationships
Related

Heather and Whitney Drop News About Their Friendship