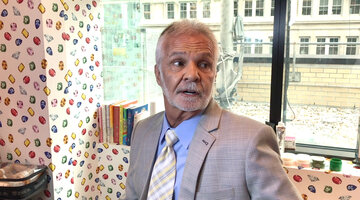 Now Playing
1:44
Below Deck
Captain Lee Rosbach Calls Out the "Deplorable" Behavior of the Below Deck Season 7 Crew 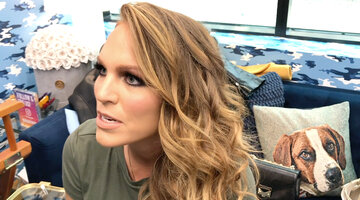 2:02
Below Deck
Kate Chastain Wasn't the Only Below Deck Crew Member Who Considered Quitting in Season 7 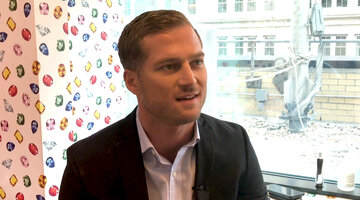 Below Deck Season 7 has the distinction of being the only season where Captain Lee Rosbach didn't fire someone. But now that Captain Lee has seen what really went on with his crew when he wasn't looking, he wishes he would have made some personnel changes this season, after all.

The Daily Dish caught up with Captain Lee prior to the filming of the Below Deck Season 7 reunion and asked him to name his biggest regret of the season. "Where do I start? With who?" Captain Lee said in the above clip. "The behavior of this crew, most of them, I thought was just deplorable. They acted like a bunch of 2-year-olds in the f--king sandbox. Pretentious, obnoxious 2-year-olds."

When asked what he would have done differently if he had known about the extent of the conflict among the crew this season, Captain Lee said he would have "fired people."

"Had I seen what I saw transpire on TV, there'd been a whole lot less people at this reunion than there are now. Or they would have brought them in briefly to say, 'How did you feel about getting fired?'" Captain Lee said. "I certainly wouldn't tolerate that behavior. It's uncalled for and extremely unprofessional."

The rest of the Valor crew reflects on what they would have done differently this season if they had the chance to go back and do it all over again. However, Tanner Sterback is focusing his energy on looking ahead rather than back. "I try so hard not to have any regrets because it makes you who you are. You learn from your mistakes and your experiences like that," he told The Daily Dish prior to filming the reunion. "You just have to keep moving forward."

Go behind the scenes of the biggest moments of the season in the Below Deck Season 7 After Show, below.

10 Moments You'll Never Believe Happened During the Below Deck Season 7 After Show
Life is better as an Insider
Bravo Insider is your VIP pass to never-before-seen content, exclusive giveaways, and so much more!
Sign Up for Free
All Posts About
Lee Rosbach
Tanner Sterback
Below Deck
Exclusive
Related