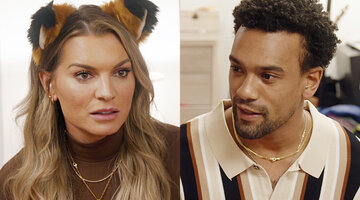 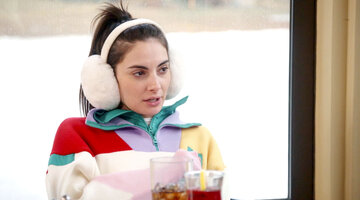 1:13
Preview
Can Paige DeSorbo See Herself Moving to Charleston? 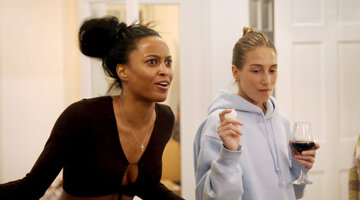 0:55
Preview
Austen Kroll Gets Upset When He Finds Out the Last Time Ciara Miller Had Sex

When now-fiancés Carl Radke and Lindsay Hubbard arrived in Stowe, Vermont, for a few days of cold-weather activities, not all of the Winter House cast members were immediately thrilled to see the twosome.

While Austen Kroll has to talk to Lindsay about what happened between them on Kyle Cooke and Amanda Batula’s wedding night, Jason Cameron also needs to chat with the Summer House cast member about their 2021 pregnancy loss.

As Summer House fans may remember, on the Season 6 premiere, Lindsay shared that she found out she was pregnant with Jason’s baby in the spring of 2021, and she suffered a miscarriage just a day later.

Lindsay Hubbard Opens Up About Suffering a Miscarriage

In the above preview for Episode 7, Jason and Lindsay discuss what they went through together, and the model expresses how he really felt when Lindsay went public with their story.

“Some of your actions can create unintentional consequences,” Jason tells Lindsay in the basement of the ski house. “When you decided to give our story to the public and I was not involved at all… I thought you would have had the decency to give me that you were going to go ahead and release that information.”

Jason adds that he wishes he had “a say” in “what was going on” publicly. He needed to tell Lindsay this because he’d felt “hurt” and he wanted to give himself “closure.”

Lindsay responds that there’s “no handbook” for what they went through, and it was a “terrifying” experience for her. Jason says he “understand[s] that,” and Lindsay apologizes for hurting his feelings.

“I told you right away that I was going to share it,” she adds. Jason notes that he “didn’t know” the media would cover it too.

The onetime romantic pair disagree about how the public conversation was handled, but they do agree on something: They both feel like the other isn’t acknowledging their feelings.

Lindsay feels that Jason isn’t realizing everything she went through physically when she had the miscarriage, while Jason believes his own feelings have been “diminished.”

However, Lindsay respects that Jason would have wanted more of a head’s-up, so she apologizes to him again.

Though the two end the conversation by saying they want to enjoy the trip and be on good terms, Lindsay shares her true thoughts on the matter with Carl.

“I feel like [Jason’s] now attacking my character,” Lindsay tells Carl later in the evening. “I shouldn’t be made to feel guilty.”

Will there be any fallout from Jason’s chat with Lindsay? You’ll have to tune in to find out.

Life is better as an Insider
Bravo Insider is your VIP pass to never-before-seen content, exclusive giveaways, and so much more!
Sign Up for Free
All Posts About
Jason Cameron
Lindsay Hubbard
Winter House
Related

Lindsay and Carl Are So “In Love” on Winter House