There Was One RHOA Beef Definitely NOT Squashed at BravoCon 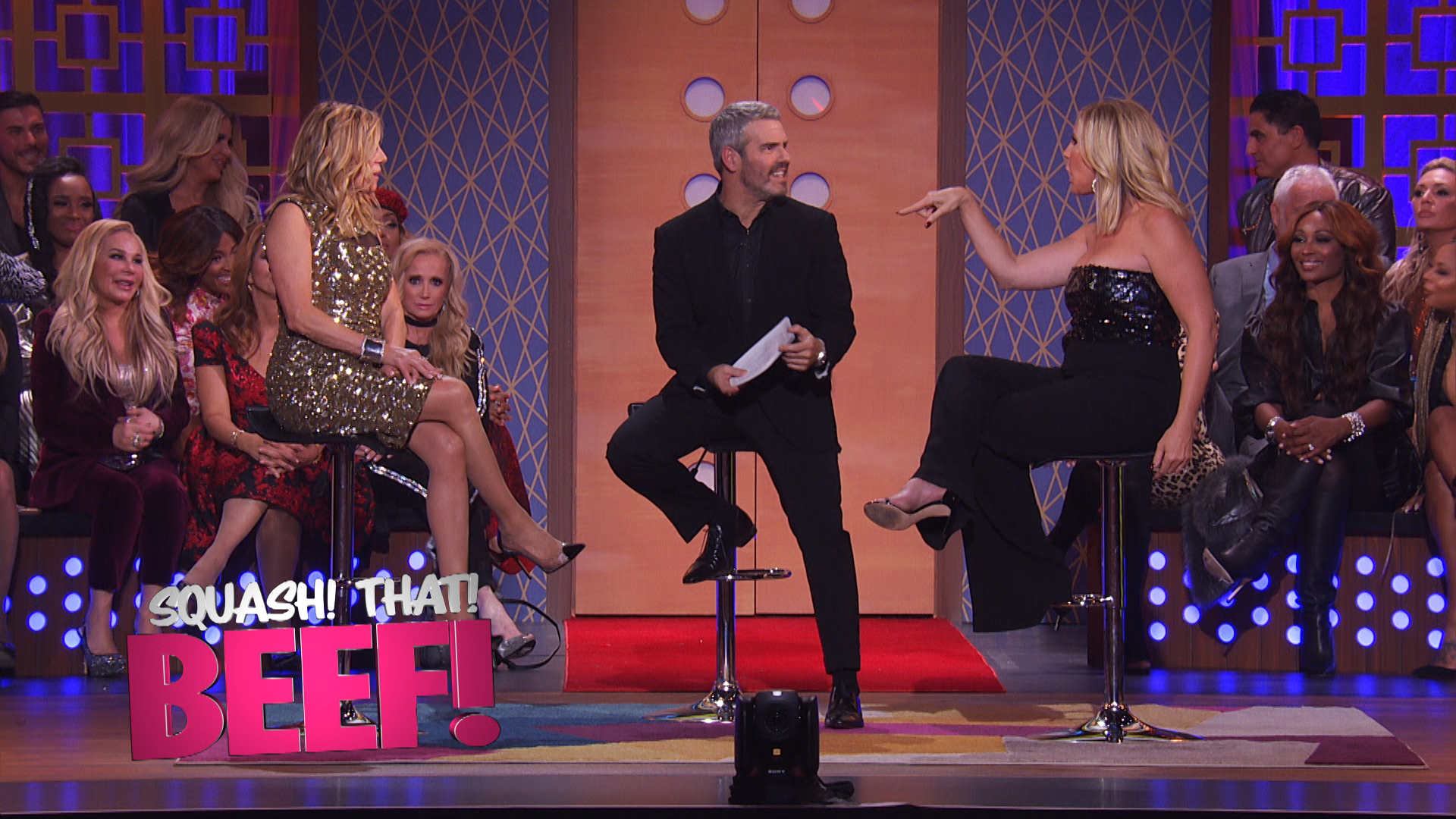 It wasn't just Ramona Singer feeling the heat on Sunday's supersized, BravoCon-themed episode of Watch What Happens Live with Andy Cohen. Other Real Housewives feuds were also addressed during the Squash That Beef game.

The Real Housewives of Orange County's Kelly Dodd and The Real Housewives of Atlanta's Kenya Moore settled their feud related to some drama involving Michael Rapaport. And when Kenya was still in the hot seat, Andy Cohen wanted to know if she could ever settle her issues with Kim Zolciak-Biermann, who was also at the taping that night.

“I know it’s cold outside, but did hell freeze over?” Kenya quipped about the tension which dates back to as far as Season 9 of RHOA and continued right through Season 10.

While Kim didn't get to address the comment during the WWHL episode, she did respond to a fan on Twitter about it afterward, writing, "That bitch said my son was ugly because he has red hair! That was the final straw! She has a better chance of hell freezing over before I ever f--k with her evil ass."

WWHL's BravoCon 2019 Special Was the Craziest Night Ever: 9 Unreal and Very Wild Moments

Check out more highlights from that wild WWHL episode, below.