When it came time to Squash that Beef on the super-sized, BravoCon-themed episode of Watch What Happens Live with Andy Cohen that aired on Sunday (November 17), The Real Housewives of New York City's very own Ramona Singer came face-to-face with several Real Housewives she's had drama with: RHOP's Gizelle Bryant, RHONJ's Dolores Catania, and RHOC's Vicki Gunvalson.

First up was Gizelle, who has some beef with Ramona stemming back to a photo op in the Hamptons in the summer when it appeared like Ramona passed up the chance to pose with the Potomac 'Wife. While Ramona tried to explain the moment, Gizelle called the incident "rude." Ramona refused to apologize. It was emotional, as you can see above.

WWHL's BravoCon 2019 Special Was the Craziest Night Ever: 9 Unreal and Very Wild Moments

Then, it was Dolores' turn in the hot seat with Ramona. This issue dates back to a WWHL episode which Dolores' ex-husband, Frank Catania, and Ramona appeared together on — and Ramona didn't want to take a photo with him. Dolores apparently took "offense" with that. Ramona addressed it in the video above, and they did eventually hug it out.

But the most tense confrontation was between Ramona, RHONY's resident OG, and Vicki, the OG of the OC. Their feud is all about Ramona's previous comment that RHONY "put the Housewives on the map," per Andy. Well, this beef-settling escalated to a level that no one could have ever anticipated.

Check out more from the BravoCon episode of WWHL, below. 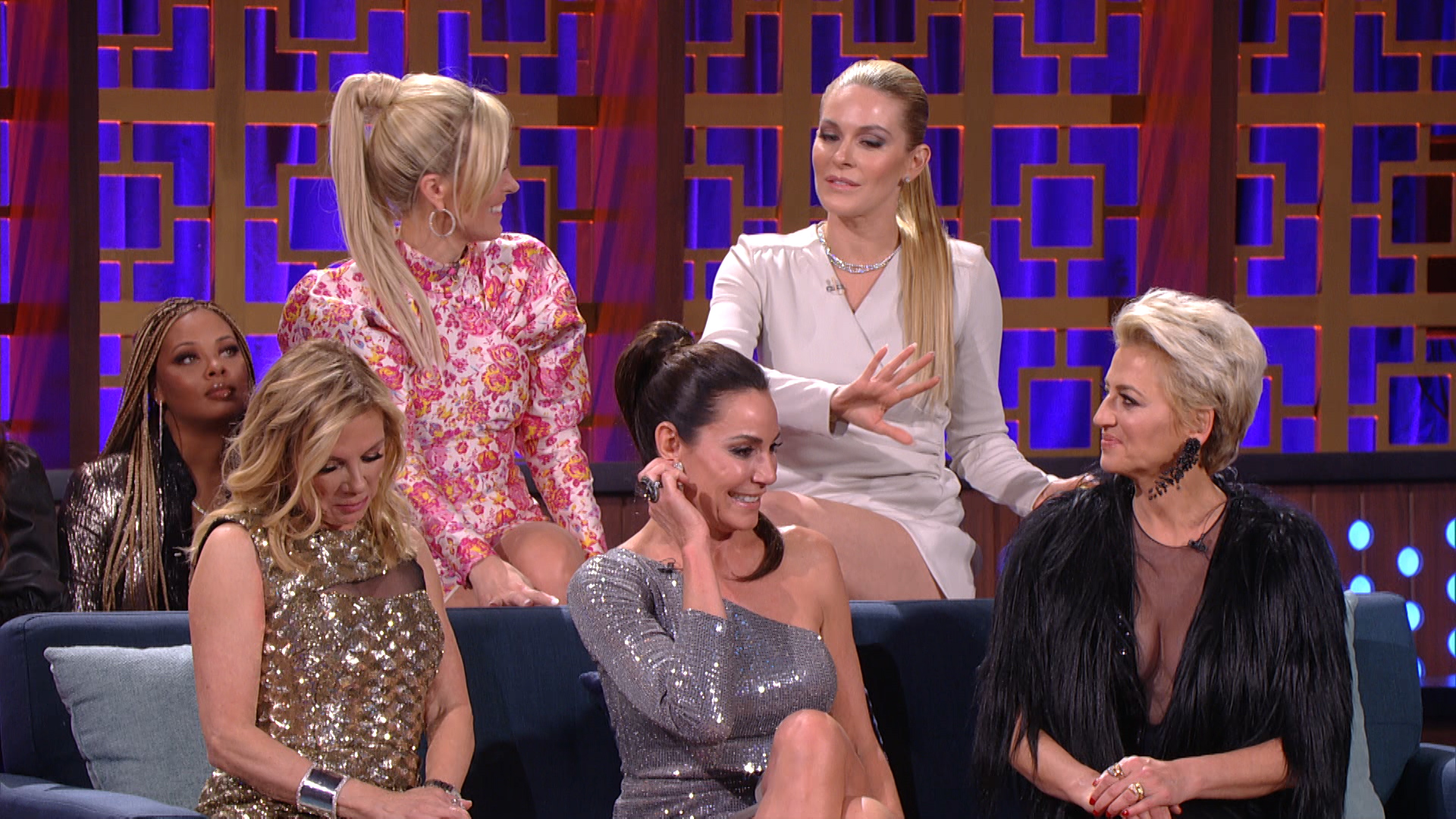 Ramona Says RHONY Is "Better” Without Bethenny at BravoCon

Emily Wants Alexis Back on RHOC, But What About Vicki?