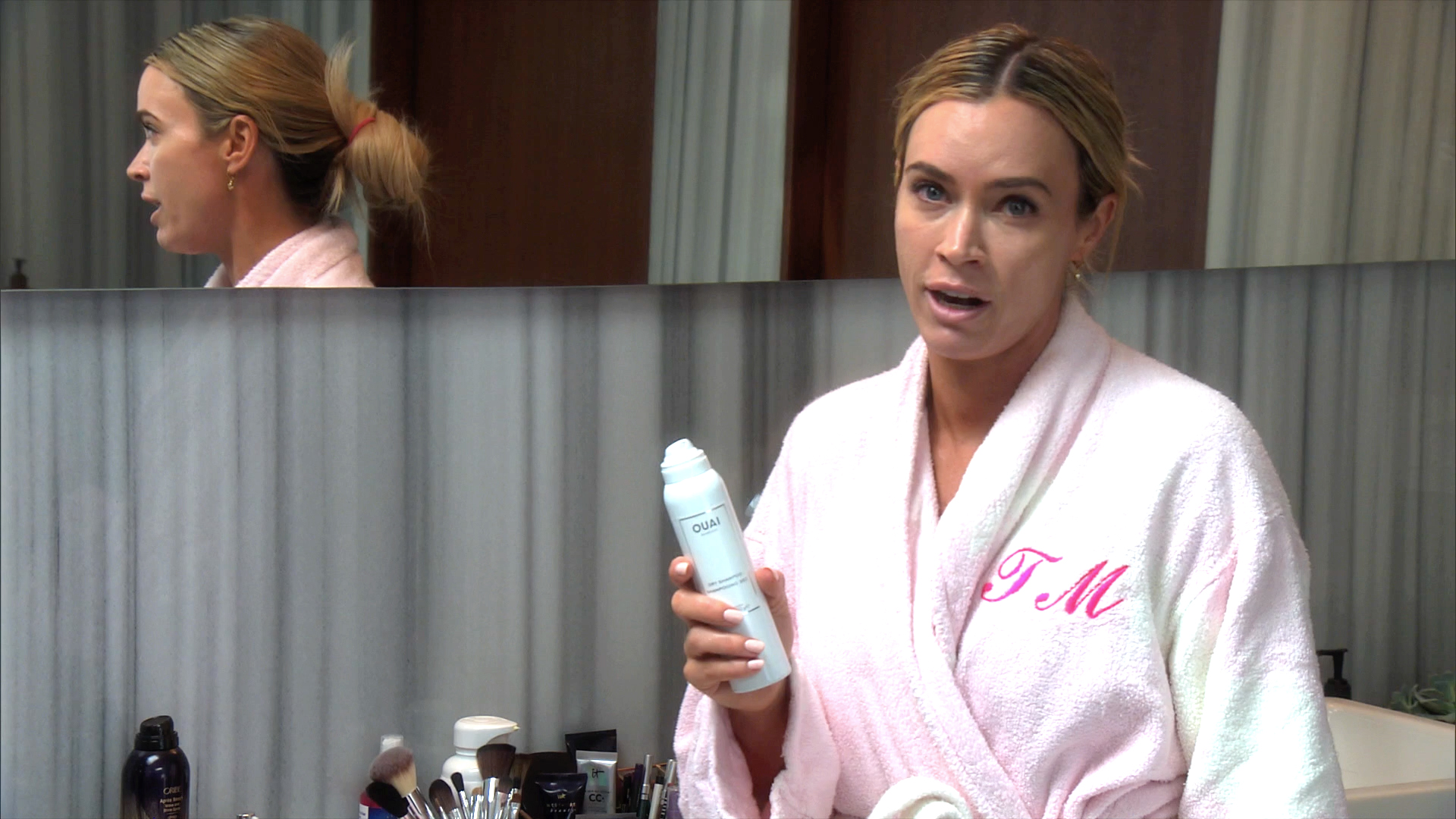 Teddi Mellencamp Arroyave keeps it real when it comes to her beauty routine. The Real Housewives of Beverly Hills accountability coach holds herself, well, accountable when it comes to being honest with her fans. So even though she loves getting glam as much as any 'Wife does, Teddi's also quick to post a filter-free or makeup-free photo every now and again — and share her behind-the-scenes beauty secrets.

Here's an example: When a fan wrote to Teddi via Instagram Stories and asked her if she has any stretch marks after having babies and losing weight, the fitness buff admits that heck, yeah, she does. But she doesn't let this fact consume her. Here's what Teddi wrote:

"I have some [stretch marks] on my upper thighs. I try not to focus on them and pivot my focus on things I can control."

Another example of Teddi's honesty came with a snap she shared of her super sexy confessional look. The post showed Teddi talking to the Bravo cameras with her blonde hair piled into an updo that was tousled just so. The California beauty was wearing a plunging black top, and she had a casual but sexy beauty look that gave her a sun-kissed glow.

But, it took effort to look this effortlessly flawless. "Keeping it simple today. Just me with some bangs, implants and a couple hundred individual lashes ..." she quipped in her caption.

Edwin Arroyave certainly appreciated that effort, for what it's worth. The RHOBH hubby shared that notion with the world in a sweet Instagram post on March 26. And after seeing Teddi's confessional look, you won't blame Edwin for writing this in his caption: "After a long day at work, I walked into this tonight. Wow, I am a lucky man. "

After a long day at work, I walked into this tonight. Wow, I am a lucky man. Tune into #RHOBH tonight on @bravotv

We can't argue with Edwin on that! And Teddi didn't do so bad in the husband department, either. (Ahem.)