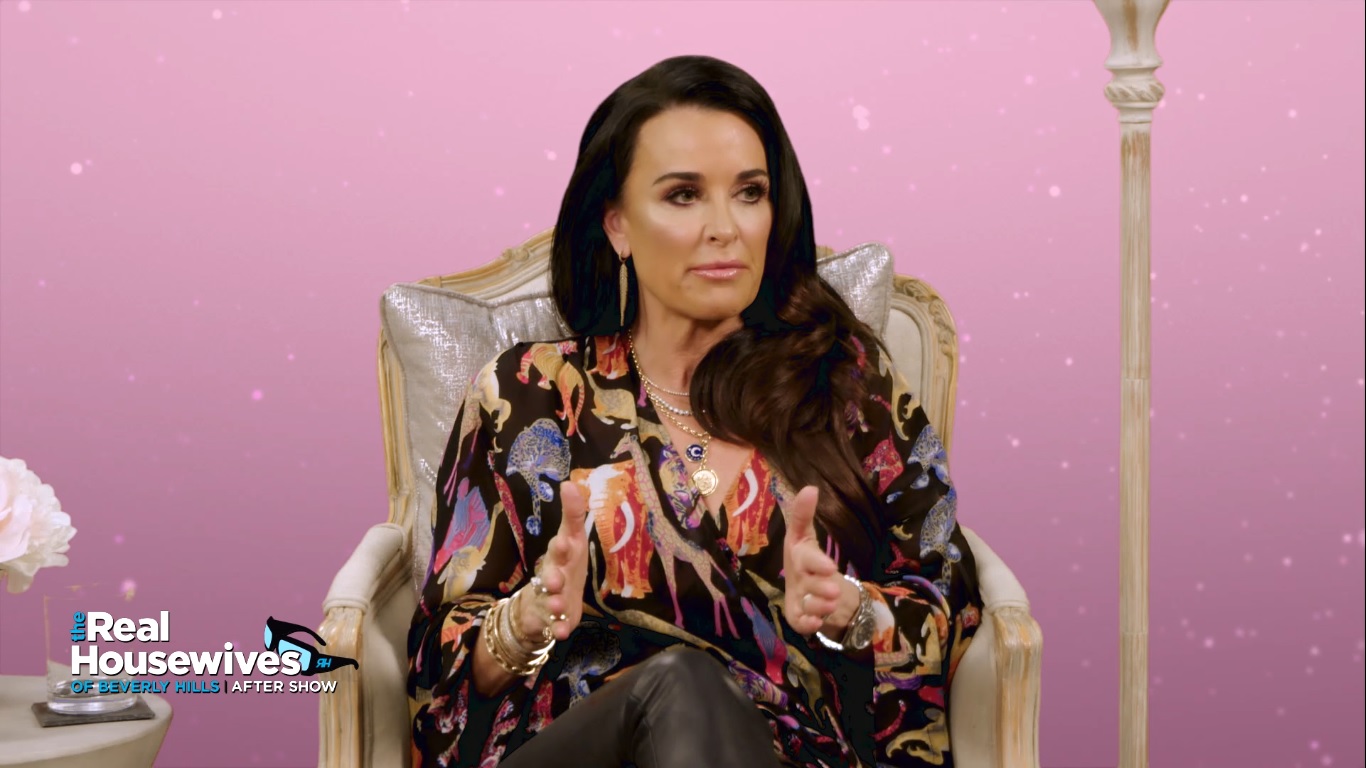 The Real Housewives of Beverly Hills mom Kyle Richards recently opened up about her own past struggles with an eating disorder — and the agonizing diet she used to eat to maintain her 99-pound frame when she was battling anorexia. But that doesn't mean she takes the whole subject too seriously to find humor in it.

ICYMI, Macy's has been the subject of backlash this week, after consumer complaints forced it to pull plates from its inventory. The plates offered templates for how much food could be heaped on top for "skinny jeans" versus "mom jeans" physique — and people weren't laughing, suggesting the whole thing was one big body-shaming fail.

Well, Kyle isn't one of those people. TMZ caught up with her today outside of Fred Segal — the high-end department store in L.A. that also happens to carry the plates, by the way — and she opined that everyone is being much "too sensitive" and needs to just chill.

Kyle told TMZ the plates seemed like "obviously a joke" and were not realistically going to trigger anyone's eating disorder; she seemed to think no one would actually use those guidelines when portioning their food on plates. But still, "I wouldn't buy them for my daughters."

Kyle Richards Talks up the Benefits of Celery Juice