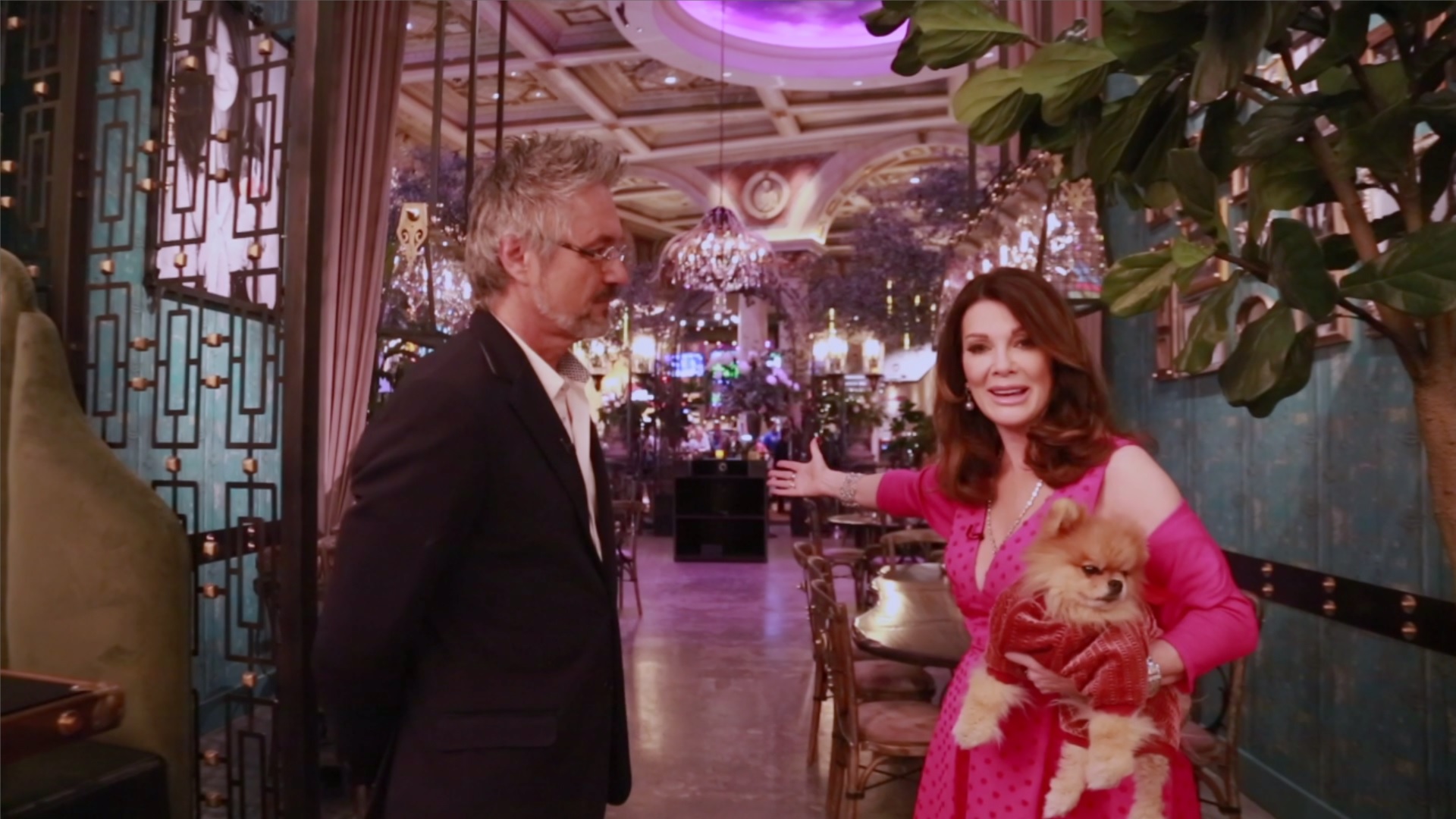 It wasn't long after Lisa Vanderpump opened the West Hollywood hotspot Tom Tom that it scooped up an award as the best bar in Southern California. So it should be no surprise that her Vanderpump Cocktail Garden, which just opened a few months ago at Caesars Palace in Las Vegas, should receive a big honor of its own. A big honor — and very well deserved, too.

I Ate and Drank My Way Through Lisa Vanderpump's New Vegas Hotspot — Here's What It's Really Like Inside!

Saveur noted that Bravo fans come to, "Caesars Palace for a glimpse of the grande dame herself, Lisa Vanderpump, or a snap of her scene-stealing pup Giggy, but there's more to this bar than its famous name."

That's because, "The sumptuous night garden oasis is every bit as glamorous as its owner and her Los Angeles restaurants. From the plush velvet walls and hanging greenery to the flickering candlelight and romantic chandeliers, Vanderpump Cocktail Garden delivers the decadence and the photogenic cocktails — like Puff The Magic Dragon, a blend of mezcal, dragon fruit, lemon, orange bitters, firewater bitters, jalapeño, and tajín."

And Lisa and her collaborators in the venue couldn't be prouder. On Instagram, the venue's feed noted, "Welcome to one of the 'Most Instagrammable Restaurants' in Las Vegas! With cocktails this sexy, we’d have to concur! A big thank you to @SaveurMag for this distinct honour!"

🌸 Welcome to one of the “Most Instagrammable Restaurants” in Las Vegas! With cocktails this sexy, we’d have to concur! A big thank you to @SaveurMag for this distinct honour! Click the link in our bio to read all the details! #VanderpumpVegas #SAVEUR #CaesarsPalace 📸 by @palmandocean

Vanderpump Cocktail Garden opened at the end of March with a big, pink opening weekend — and a star-studded, blowout bash.

Vanderpump Vegas Is Open! I Ate at Lisa's New Hotspot and...