Hey guys, happy Sunday! It was a gorgeous day in N.J. and we spent it barbequing and relaxing. Hope you all enjoyed your day as well.

I liked this episode -- not too much nonsense, lots of laughs, and good times. Hopefully this is the start of something good. Wishful thinking on my part? Time will tell.

I give Rosie so much credit for sitting Joseph and Victoria down and discussing her sexuality. The easy road would have been for her to have Kathy speak to the kids and be done with it. I love that she asked them if they had any questions. She gave them the opportunity to be open and honest with her, and Joseph’s question was priceless, absolutely adorable. Bravo to Rosie, well done.

Show Highlight
Rosie Comes Out to the Kids 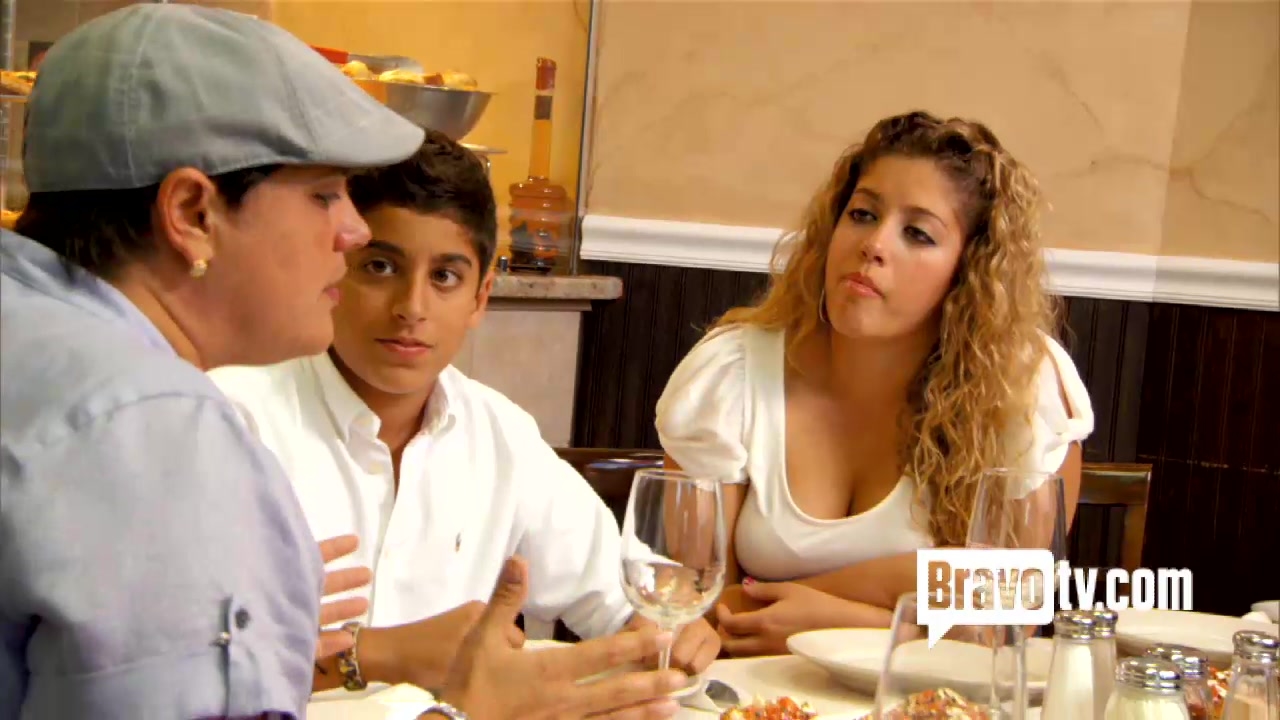 When Joe and Melissa were in the warehouse you saw Melissa in true form. She is constantly on, acting out scenes from Disney movies, singing, and dancing. Joe just watches and smiles, letting her do her thing. Cute, very cute.Chicago was a whirlwind trip, hastily planned, and so much fun. My brother Jaime and his partner Rich have been together for a long time, and it was so nice to finally see them happy and at peace. I had so much on my mind that weekend, and I was trying desperately not to let the negative feelings I was having ruin my brothers special day. Hey, I even wore a hat with a flower saucily tilted on my head like a proper English lady!

Let’s talk about Joe Giudice and the remark he made to Greg on the bus. I’m probably going to get crucified for this, but I don’t think he meant it with malice. Now understand that I think the remark was awful and in the poorest of taste, but I’ve said it before and I’ll say it again, he’s like a kid, he just blurts things out regardless of how it hurts. Yes, he is a 40-year-old man, and yes he should know better, but when he said that he immediately took it back and apologized. Over the past few seasons he has made numerous gay slurs, and there's no denying that there's an issue there, but in this instance I think he was making a poor attempt to be funny. Call me crazy, but that’s the way I feel. On the other hand, I also meant what I said about him being a shell of the man I met a few years ago. The Joe I remember was fun, carefree. I truly believe that back then he didn’t need more than a good cigar, a bottle of homemade wine, and his family and friends around him to be happy. The guy could live in a cardboard box and be happy. Something changed along the way, and he’s become bitter, guarded. Sad, we all miss the old Joe. I’m not saying this for brownie points, or to be politically correct. I mean this sincerely.
Show Highlight
Joe Giudice Crosses the Line 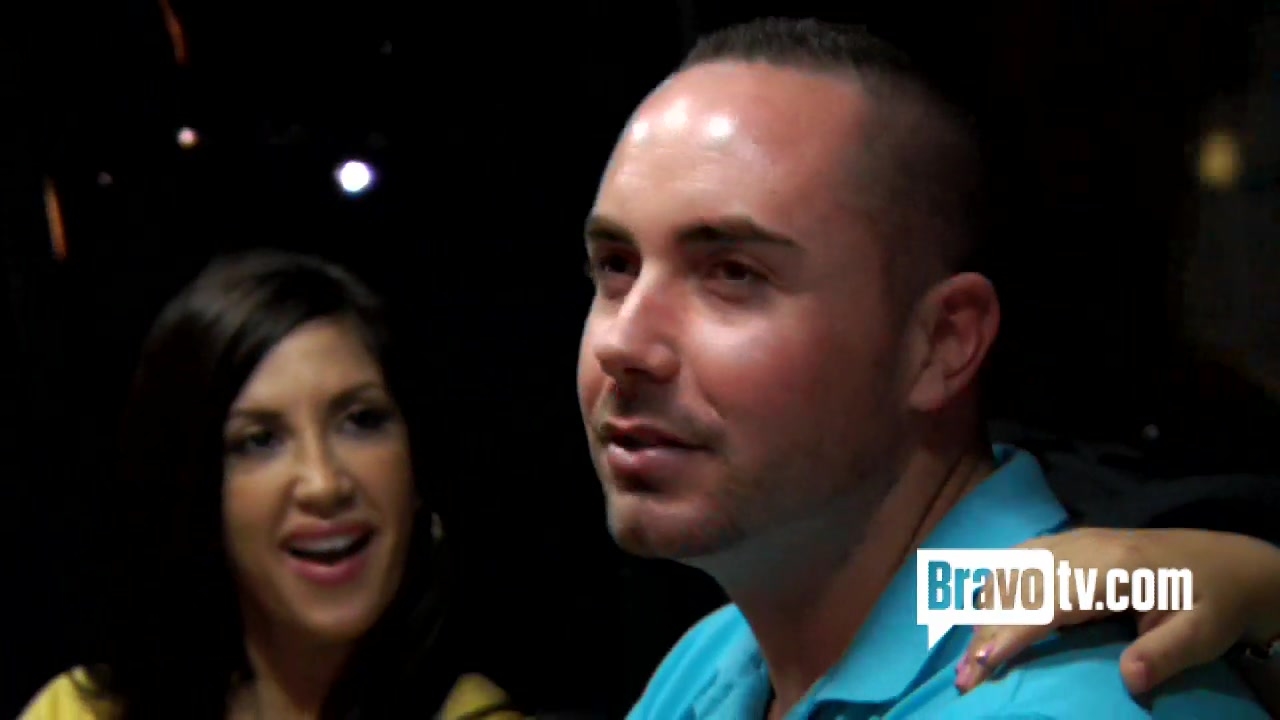 Jaime and Rich’s commitment ceremony will resume next week. It was a great time, and yes, I did prepare a speech! Better late than never. It’s a wonderful, peaceful ceremony, filled with love. I was happy to be a part of it. Make sure you tune in next Sunday, love is in the air!
Preview
Leave It to the Gays to Do Everything Right 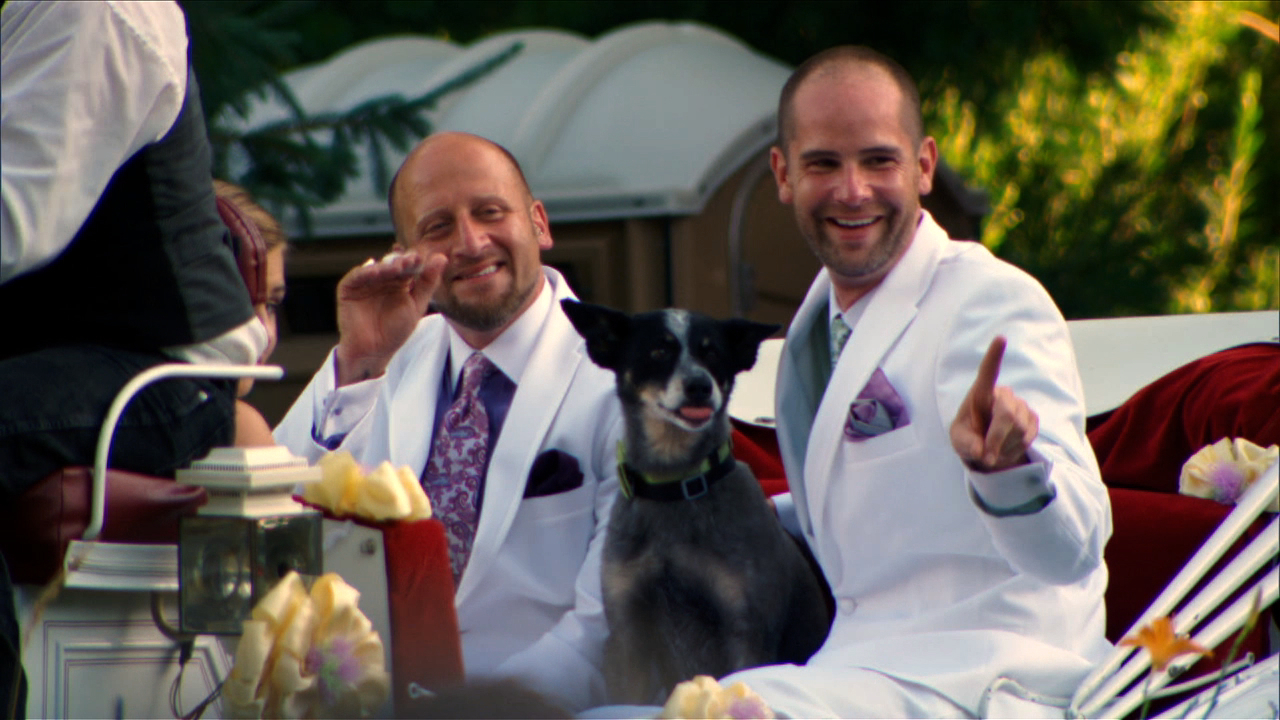