First of all, thank you all so much for supporting my third cookbook, Fabulicious: Fast & Fit! I think it's my favorite book so far -- 70 all-new, healthy Italian recipes with full nutritional information in the back: great for gluten free, veggie diets, and Weight Watchers. All the recipes are super quick and easy: less than 10 ingredients and 30 minutes start-to-stove. You can see the entire list of recipes and read the first chapter here: http://amzn.to/zWk87P.

Second, it was my birthday this past week! Thank you all so much for your sweet wishes and wonderful presents. I got so many pretty cakes -- including a giant cannoli from Wendy Williams and a pink Prada purse cake from my agent Susan. And fans even decorated my mailbox! But my favorite gift of all was the homemade cards my girls made me!

Then I ended the week at the Celebrity Apprentice live finale and after-party. It was really such a great experience -- Debbie Gibson and I hugged it out and Aubrey is back to being a blonde and looks fabulous! I had such a great time with my buddy the beautiful . Lisa Lampanelli as well! I know everyone on the show wasn't always portrayed in their best moments, and none of us are perfect, but I can honestly say I love them all and walked away with 17 new, amazing, smart, wonderful friends. I thought both Clay and Arsenio deserved to win, but since I was on Arsenio's team, I was really, really happy he won. Arsenio is very creative and I am sure we will be seeing him on television again very soon.

Last night was also a personal celebration of the exciting new chapter I am starting in my life. I am in a really good place now and just want to wish everyone the best. I think we should all celebrate each other's success, and I am so happy for NeNe, Dina, Lisa, Jill, Bethenny, Kim, Kandi, and all of the other Housewives or reality stars that go on and do other great things! It's hard sometimes to put yourself out there in the public eye and face the criticism, but in the end if you are a good person who does the right thing, good things will happen to you. It is really sad that Caroline and Jacqueline have so many negative things to say about me. I honestly have nothing against them and at this point their theatrics are starting to make me laugh. They are overly dramatic and take things way too seriously. Life is too short to hold on to negativity, and I hope one day they can just let it go and be happy.

What's crazy to me is that they just can't stop talking about me. I mean honestly there are more important things in this world to discuss. It’s funny that they think I am hiding something, because I am the most open person ever! Is there anything you guys don't know about me, including when I first used a tampon? LOL!

I wasn't lying about getting the text from my brother because when Jacqueline called me, I hadn't gotten it yet! I was going to tell her at field day, but I didn't get a chance because of everything going on with Gia.

So, poor Gia. First of all, I think she was very brave to allow the audience to go bra shopping with her. That was her decision, and it's a big part of her life, and she wanted to share it. She wants other little girls to see how comfortable she is talking to her mommy, so they will feel the same way. She's really growing up, and I'm so proud of her. I love her sooo much, and I love being her mommy. I get that she doesn't think I'm funny, but that makes things even funnier to me! 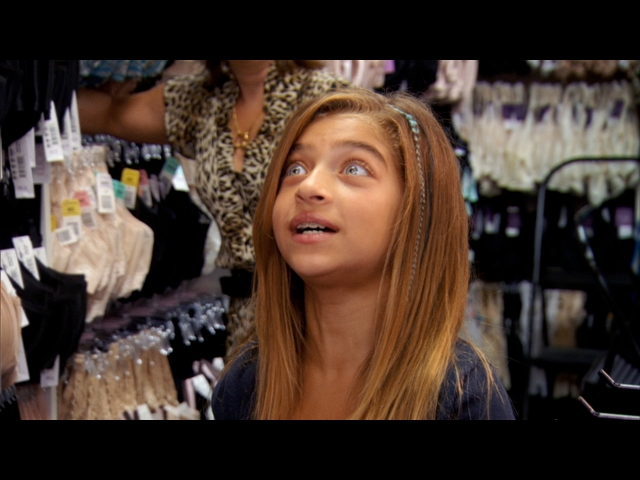 Gia didn't want to come to the field day because she was upset about Joey screaming at me and making me cry at Kathy's pool party, and that's exactly why I didn't want to talk to him then -- because my kids were there! She's only 10 and it's an emotional age. When you're 10, you want the whole world to be fair. It drove her crazy that people were cheating and adults were taunting her, sticking their tongues out and stuff. She got wound up, so she lost it. Exactly like any other 10 year old would under those circumstances. The thing is, she's my kid, and the way I handle it is the way I did, talking calmly to her, telling her I love her, listening to her, telling her not to be a sore loser, giving her advice on how to just sit still and listen if an older person is talking to you.

But I had no idea what Caroline and Jacqueline were doing to her. Extremely, extremely not OK. Kids get upset, I don't think you have to follow them around, corner them, get in their face, and make them feel worse. Did you see Gia's poor face? Saying "no one had ever done that to her before"? As Gia's mother, it really broke my heart to watch that, and it was wrong. It wasn't them trying to help, they were belittling her and making her feel terrible about herself, and I don't think she was disrespectful. She didn't run away or slap them or call them dirty names. She sat there and cried and begged them to get her mom. And the fact that they wouldn't go find me is really upsetting.

Then to top it off, Jacqueline brings out a baby book about "being a bad sport" to read out loud to Gia while laughing at her? Could you imagine if I did the same to one of their children and read a book to them about their faults? I don't think that would go over well and it would be very inappropriate. I would never do such a thing!
Show Highlight
Gia's Breakdown 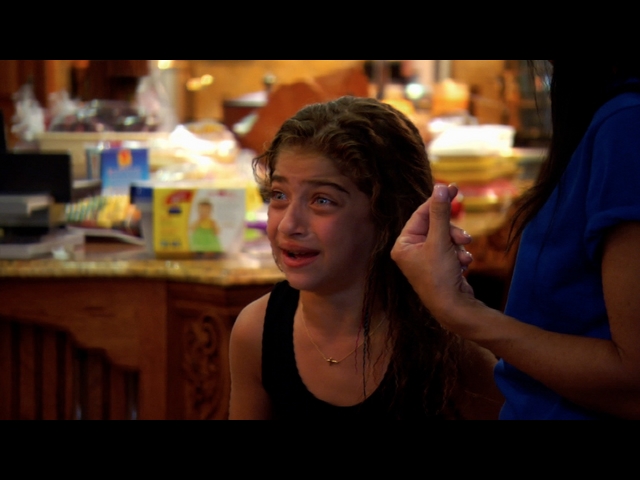 Finally, I am not thrilled about the way Joe was talking to me in the car, but I also know that he was frustrated and emotional. He's been watching my brother hurt me and make me cry for months now, and he just couldn’t take it anymore. And he can't do anything about it. If you came home crying and told your husband your brother had called you "garbage" and an "f-ing bitch" and brought up old, private conversations just to make you look bad on national TV, what would he do? My Joe, he can't do anything. He can't go punch someone, can't talk to my brother, can't even send a text because he knows my brother will just turn it into a big TV soap opera. So he sits and stews. But because my life is being taped and I have to share what's honestly happening in my life, I have to tell my husband about the conversation. And as you could see, he didn't want to hear it, and I don’t blame him. Yes, some Jersey guys talk like that when they're upset. I don't like it, and I tell him that. But it's how he grew up and it's everywhere. You saw, that’s how my brother talks to me, it's how Joey talks to Melissa, and I've heard Richie talk like that as well. I could go on and on. I'm not condoning it, I don't like it, but if the worst thing a guy gets to do now is let off some steam with his mouth, big deal. We all have our moments and Joe rarely explodes like that. I married a man, I love my man, and he loves me. 99 percent of the time he speaks very sweetly to me, he's never violent or cruel, and he's a great dad, so yeah, the 1 percent of the time when he's pissed off, I'm going to forgive him. It's not who he is all the time or believe me, I wouldn't be with him. Andy Cohen wrote in his amazing book, Most Talkative, that they film 85 hours of footage to make 1 44 min episode of Housewives. I am sure most people would have a few seconds of anger in all of those hours and of course that moment is what is shown.
Preview
You Listen and Shut Up! 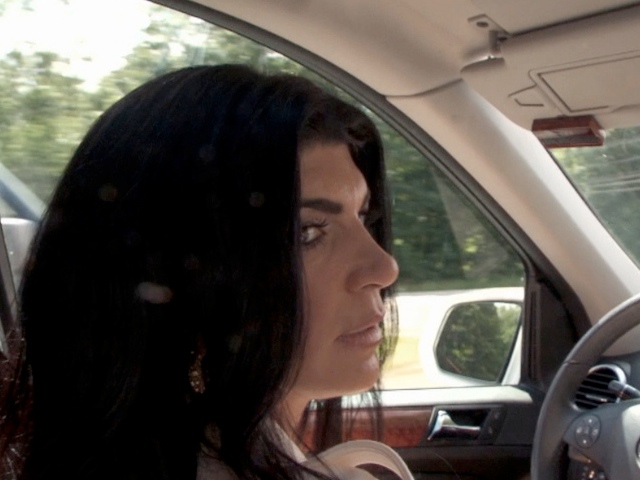 Stay tuned, because next week is one of my favorite episodes: Jamie Laurita's wedding in Chicago! One of the most beautiful weddings I've ever been to. Joe and I loved it. (He even cried!)
Preview
Holding Teresa Responsible 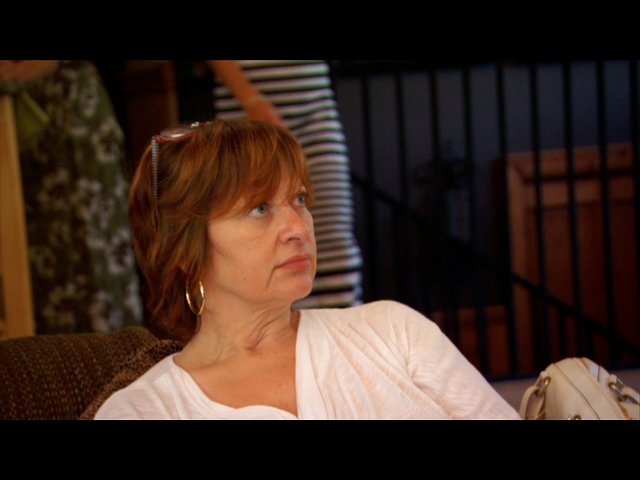 Teresa xx
You May Also Like...
Recommended by Zergnet
Latest Posts